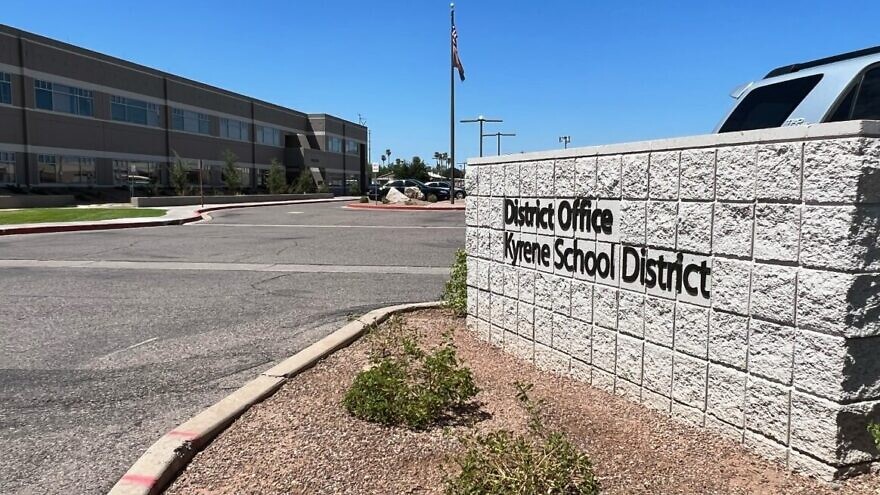 (August 24, 2022 / JNS) The U.S. Department of Education has ruled that an Arizona school district violated the civil rights of a Jewish student who was subject to anti-Semitic harassment.

According to the ruling by the DOE, Kyrene School District #28 failed to address the student’s concerns after being alerted to months of harassment from “numerous classmates” in school and on social media.

The incidents took place during the 2018-19 school year. They included the female student being called a “dirty” and “filthy” Jew, and seeing fellow students march around and salute like Nazis soldiers and speak with German accents. In another instance, according to the student, her peers would ask her, “How do you get a Jewish girl’s number?” before lifting up her sleeve.

“The harassment included calling her anti-Semitic slurs, and disparaging and joking about her Jewish heritage over a period of five months,” said the DOE in a statement issued on Tuesday. “The harassment the student experienced and the district’s failure to provide the student with a safe school environment caused her to suffer significant and enduring academic and emotional harm.”

The findings also noted that the district confirmed the “harassment occurred on campus” and was perpetrated by nine students, yet they didn’t address the issue for several months, “which allowed a potentially hostile environment to persist in the school.”

The student eventually switched to homeschooling since the district had no safety plan in place, and she felt it was unsafe for her to remain in school.

As a result of the DOE findings, the district has agreed to a settlement that includes voluntarily changing its procedures when faced with future claims of civil-rights violations by students. It will also provide training to staff on how to respond to claims of harassment based on race, color or national origin. The district will further provide “age-appropriate information programs” for students on how to address issues of harassment.

Assistant Secretary for Civil Rights Catherine E. Lhamon said “as we see a distressing rise in reports of anti-Semitism on campuses across the country, I commend Kyrene School District #28 for committing today to take essential steps to ensure that no other students will have to suffer anti-Semitic harassment or other harassment based on their shared ancestry.”