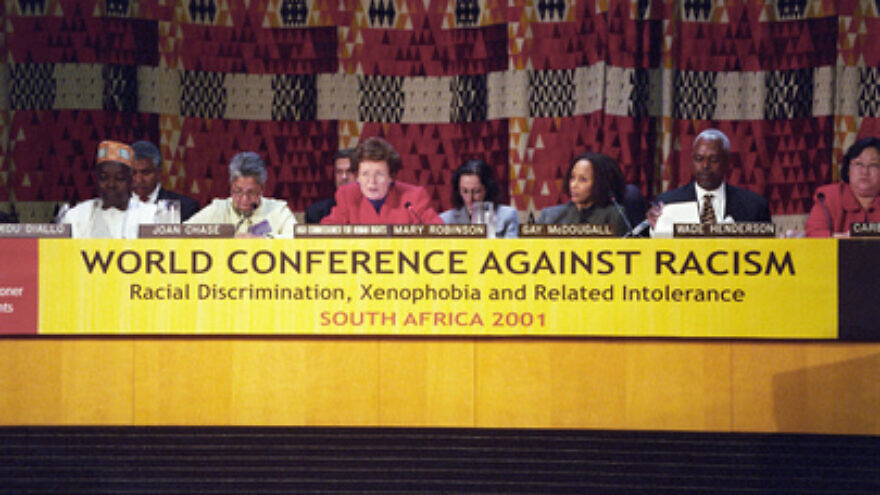 (May 5, 2021 / JNS) Jewish leaders on Wednesday praised the Biden administration for announcing that the United States will not participate in upcoming events commemorating the 20th anniversary of the Durban Declaration and Program of Action.

“We applaud the Biden administration’s decision to refuse to participate in commemorations of the 20th anniversary of the U.N. World Conference on Racism in Durban, South Africa, which openly embraced anti-Semitism and anti-Israel extremism,” the statement read. “In declining to participate in celebratory events, the United States is rightfully rejecting the despicable hatred that was leveled against the Jewish state and the Jewish people 20 years ago. We encourage other nations to join the [United States] in continuing to fight racism, bigotry and anti-Semitism while rejecting and not participating in such odious proceedings.”

The event, to be called Durban IV, is scheduled for Sept. 22.

The move by the United States continues its policy of boycotting the event, which began after Israel and America dropped out of the original World Conference on Racism in Durban, South Africa in 2001, which created the Durban Declaration singling out Israel as racist. It did not participate in Durban II in 2009 or Durban III in 2011, along with a growing list of nations also boycotting the conferences for its virulent anti-Semitism.

A U.S. State Department spokesperson told The Jerusalem Post about the decision on Monday.

“The United States stands with Israel and has always shared its concerns over the Durban process’s anti-Israel sentiment, used as a forum for anti-Semitism and freedom of expression issues,” the spokesperson told the Post.

B’nai B’rith International said it “salutes the U.S. administration for taking a principled decision, like its predecessors, to deny legitimacy to a U.N. framework that purports to fight prejudice but is fundamentally marred by it. The 2001 conference was poisoned by manifestations of virulent anti-Zionism and open anti-Semitism. We urge all countries of goodwill to do similarly—and we will continue to insist that all forms of hate, including those targeting Jews, not be given a platform by foremost international institutions.”