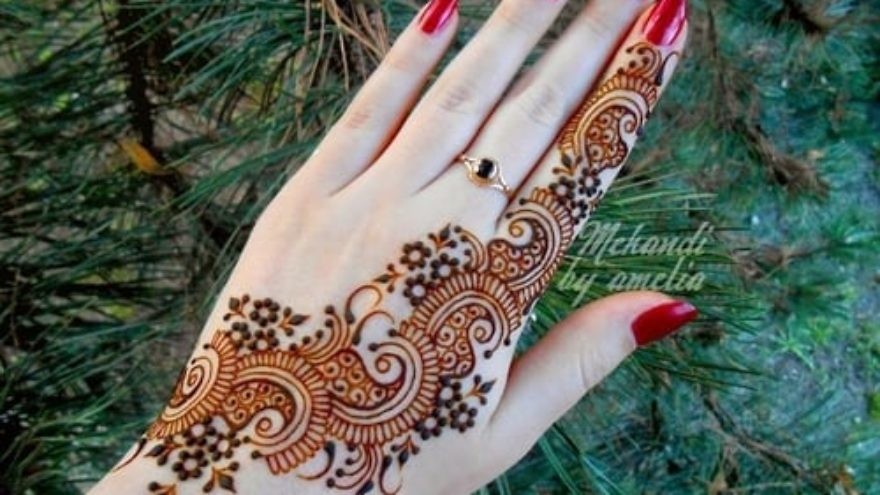 Mazal Tov. Mabrouk. Congratulations. No matter one’s religion or language, a wedding is a joyous occasion.

While there is no apparent consensus, varying reports say that between 60 and 80 percent of all marriages in the United States are performed in a religious ceremony. Where do the religious wedding traditions come from? What are the similarities and differences between the marriage traditions of the three Abrahamic religions—Judaism, Christianity, and Islam?

The most obvious similarity between Jewish, Christian, and Islamic marriages is that in each case, the tradition requires that the union be between a bride and a groom of the same religion. In other words, according to the letter of the religious law, intermarriage is forbidden.

The Torah, New Testament, and Quran indulge in many stories designed to warn men against marrying women who worship foreign gods or are nonbelievers.

Deuteronomy 7:3-4 states, “Do not intermarry with them. Do not give your daughters to their sons or take their daughters for your sons, for they will turn your children away from following me to serve other gods, and the Lord’s anger will burn against you and will quickly destroy you.”

For Christians, 2 Corinthians 6:14-17 explains that one should not be “yoked together with unbelievers,” and should “touch not the unclean thing” if one wants to be received by the Lord. In Sura 60:10, Muslims learn, “Do not maintain your marriages with unbelieving women.”

In Israel, where couples can wed only through religious ceremonies administered by the Chief Rabbinate, the intermarriage rate is relatively low. The 2015 Israeli Democracy Index survey found more than one-third of both Jewish (36 percent) and Arab (38.8 percent) Israelis support organizations that work to prevent Jewish women from marrying Arab men, even if their activities are radical and/or violent.

How do these intermarried couples plan their weddings? Are the traditions similar enough to make it work?

The modern idea of a secular marriage based on love is rooted in Christianity. But according to Karen Armstrong’s “The Gospel According to Woman,” the first detailed account of a Christian wedding in the West dates back to the 9th century and was identical to the old nuptial service of ancient Rome. This is likely because at its core, Christianity looks down upon marriage.

In the New Testament (Matthew 22:23-30), Christians are taught that in heaven there are no marriages. St. Paul describes marriage as a last resort for those who cannot restrain themselves, saying that being chaste is the ideal.

In contrast, there are deep Jewish and Islamic marriage traditions that begin even before engagement. Arranged marriages—or the use of a “shadchan” (matchmaker), in Jewish terms—is something that’s not only condoned, but encouraged by both faiths.

Rabbi Etan Mintz, leader of B’nai Israel Synagogue in downtown Baltimore, says that matchmaking is experiencing a resurgence. There are now any number of religious- and secular-rooted websites helping couples meet and match. Likewise, there’s a growing phenomenon of executive matchmakers.

“This is rooted in a very traditional idea,” says Mintz.

In the time of the Talmud, Jewish engagement (erusin) looked very different than it does today, says Mintz, as engagement and marriage nuptials (nissu’in) were different ceremonies that took place about one year apart. When a man wanted to marry a woman, he would ask her father for permission, and documents of commitment would be signed. During that time, the couple was able to plan their lives, but no direct or immodest contact was allowed.

Today, the erusin and the nissu’in ceremonies generally happen at the same time—under the chuppah (wedding canopy). The ceremonies are divided by the reading of the ketubah (marriage contract).

This is not too different from how Muslim engagement practices look today, in some circles. Ibtisam Mahameed, a Muslim woman from the village of Faradis in Israel, tells JNS.org that in order for a couple in her town to get engaged, the man and his family must meet with the woman’s family.

“The boy has to come and sit in the parents; house and say he wants to marry the daughter. The parents have to agree. If they don’t agree, the couple cannot be married,” explains Mahameed.

If the parents agree, then the village sheikh will come to the house of the woman’s parents and go over Muslim marriage law—what is owed to the bride and groom, the obligations of the man to the woman, and the ramifications of divorce.

“The rights are fully explained before the wedding,” Mahameed says.

Both Muslims and Jews enjoy rich pre-wedding rituals. The Jewish bedeken ceremony is “so powerful,” says Mintz. Often marking the first time a bride and groom are seeing each other after a week of separation before the wedding, the bedeken is wrought with emotion.

While one understanding of the bedeken is that it relates to the fact that the biblical patriarch Jacob was forced to marry Leah instead of Rachel when the brides were switched by their father Laban—and by extension, today, the groom symbolically makes sure he is marrying the right bride by checking and then veiling her—Mintz says there are other more spiritual interpretations of ritual.

“Rabbi Shlomo Carlebach asks, ‘If the purpose is to make sure she is the right one, why does he veil the bride at the bedeken? Shouldn’t he be taking the veil off?’ Carlebach says the radiance of the bride is so powerfulunder the chuppah, so beautiful, that the chatan (groom) veils her. That intensity, that beauty, is just for the two of them in their own personal space,” Mintz says.

Mahameed describes Islam’s “henna” ceremony as powerful and intimate, too. She says the groom’s best friends and relatives gather in his home to mix and paint the henna dye. Then, they mix more of the dye to deliver to the bride. Carrying a uniquely woven basket with a golden plate of henna, the groom and his mother walk hand-in-hand to make the henna delivery to the bride.

The groom’s mother carries a woven basket, too, and inside are gold and other jewels for the bride. When they arrive at her house, they exchange gifts. The bride and her family give clothing, a watch, a ring, and other gifts to the groom. Both parents present cash gifts (discreetly in an envelope) to the couple so that they can start their new home.

“The whole village comes to see what gifts are going to be given,” says Mahameed.

At both Muslim and Jewish wedding ceremonies, a marriage contract is presented and read aloud. There is also quite a bit of food and dancing. One hallmark of the Jewish ceremony is the reciting of the sheva brachot (seven blessings), says Mintz.

“Seven is a wonderful number in Judaism—creation, Shabbat (the seventh day), a sense of completion. Here it is the sense that two souls are coming together. Kabbalah teaches us that each person’s soul fits like a jigsaw puzzle with his soulmate, something which was decided even before conception,” says Mintz.

Similar emotions run high at both Jewish and Muslim weddings: a combination of unbridled joy and deep sorrow or solemnness. Mahameed explains that the whole village comes out for Muslim weddings, and the dancing lasts late into the night. But there are also likely to be tears on the faces of the bride’s parents and siblings.

“It so emotional,” says Mahameed. “They are crying because they are so happy. But they also feel a loss. They know that from this day, everything changes. They will not have their daughter home each day. They are hopeful for her future, but they also worry—will she be happy?”

Mintz likens these mixed emotions to the moment when the groom breaks a glass under chuppah, remembering the Jewish people’s loss of the Temples of Jerusalem and any other losses the couple might have personally experienced.

“People talk about tears of joy and tears of sadness and sometimes tears of both. We feel the deepest joy and the deepest sadness—at that moment when we are at the peak of our joy, we realize what we are missing and the pain and the suffering that still exists in the world. We break the glass, and then we say ‘Mazel Tov,’ and we pull ourselves out after going to those depths,” says Mintz. “It can be very intense.”

Adds Mahameed, “If they love each other, then life will be good.”