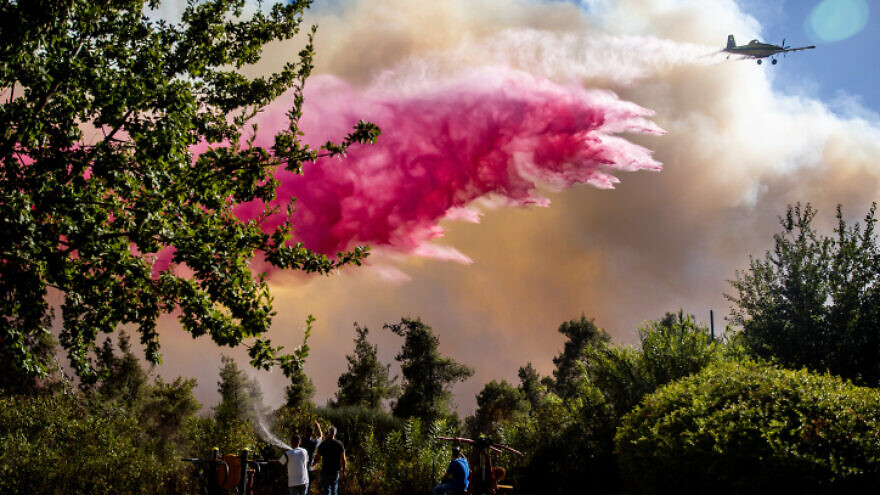 Israeli firefighters and citizens try to extinguish a fire in a forest near Beit Meir, outside of Jerusalem, on Aug. 15, 2021. Photo by Yonatan Sindel/Flash90.
Spread the word.
Help JNS grow!
Share now:

(August 16, 2021 / JNS) The massive blaze that erupted in the Jerusalem hills on Sunday continued to rage on Monday morning, with at least five hotspots still active, according to the Israel Fire and Rescue Service.

The flames have so far eaten away at more than 4,200 acres (6.5 square miles), forcing over 10,000 people to evacuate their homes in six communities west of the Jerusalem: Beit Meir, Ksalon, Ramat Raziel, Shoresh, Sho’eva and Givat Ye’arim.

As of Monday morning, firefighters had managed to get enough of the blaze under control to eliminate the immediate threat to homes in the area, Jerusalem fire chief Shlomi Ben Yair told Army Radio.

“There are still five active fires, but it is not endangering any residents for now. We’re focusing on aid efforts for emergency services and for families evacuated from their homes,” he said. 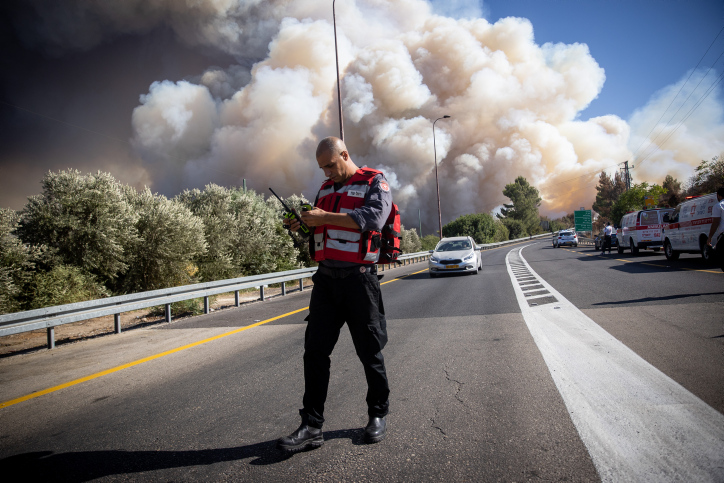 Israeli firefighters combat a blaze near Beit Meir, outside of Jerusalem, on Aug. 15, 2021. Photo by Yonatan Sindel/Flash90.

Fire department officials said the fire was being investigated as arson, adding that the flames were fueled by the high temperatures and strong winds in the area.

As of Monday morning, 70 squads from the Jerusalem Fire Department, as well as firefighters from units nationwide, were battling the flames.

Twito noted that efforts were currently focused on getting the existing hotspots under control and preventing new ones from forming. Turgeman said that overnight, police forces patrolled areas cleared by the fire department to ensure no looting took place in areas where residents were forced to flee the blaze. 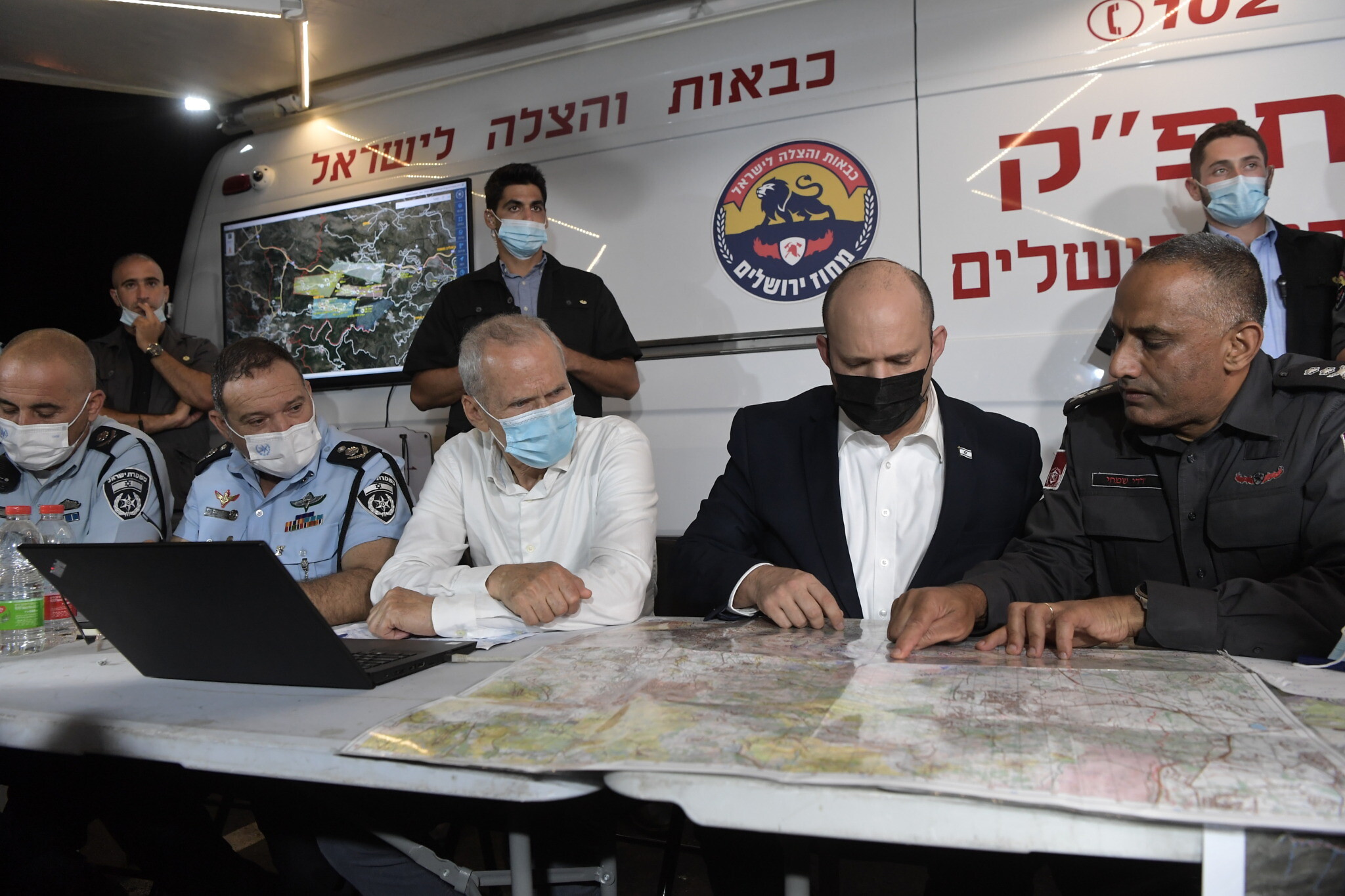 “At this time, we appear to be heading in a positive direction in terms of controlling the flames,” Bennett said shortly after 11 p.m. “But it must be said, it’s not over until it’s over.”