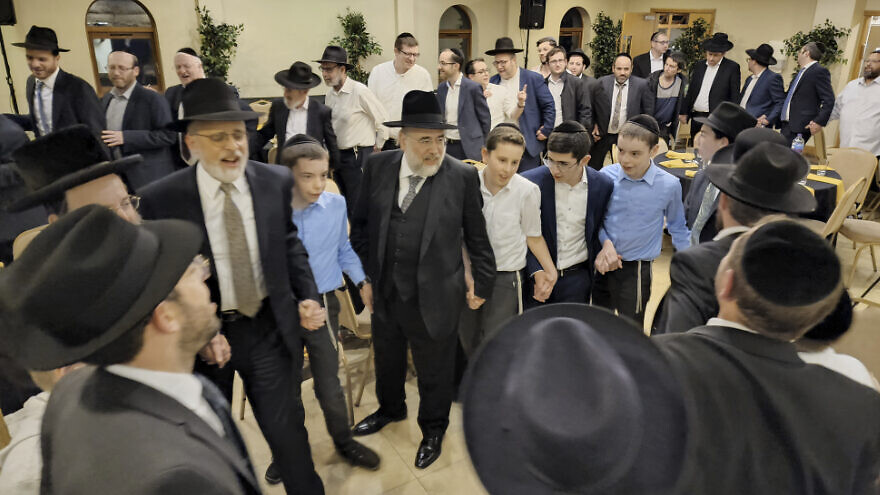 (July 22, 2022, JNS Wire) England might not be the first destination Americans think of for the 4th of July, but that is exactly where a delegation from All Daf, the popular Daf Yomi app (alldaf.org) and a project of the Orthodox Union, found themselves.

Their reason for crossing the Atlantic? Two unforgettable daf yomi siyumim of maseches Yevamos. The siyumim, held on consecutive nights in London and Manchester, drew hundreds of local community members and were organized by All Daf, with the help of U.K. supporters and partners.

Joining the All Daf team in the United Kingdom were Rabbi Moshe Hauer, EVP of the Orthodox Union and Rabbi Moshe Elefant, COO of OU Kosher, who also holds the distinction as one of All Daf’s most popular maggidei shiur. 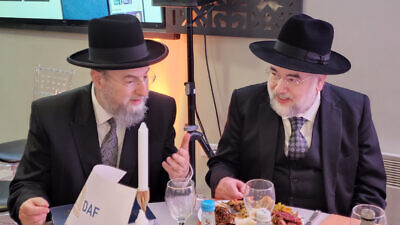 Throughout the trip, Rabbi Elefant was greeted by the many students who listen to his daily shiur from afar. One student, Ashley Cohen, had been listening to Rabbi Elefant’s daf yomi shiur for 17 years, before getting to meet his virtual Rebbe in person.

At the siyumim, Rabbi Elefant reflected on the gemara at the end of Yevamos, which tells the story of a shipwreck that Rabbi Akiva miraculously survived. When asked how he survived, Rabbi Akiva answered that a “daf shel sefinah appeared for me.” His literal reference was to a plank of wood from the ship but, as Rabbi Elefant explained homiletically, he was referring to his constant dedication to learning the Talmud – he clung to the daf of Gemara.

In that same way, Rabbi Elefant explained, those who learn the daf yomi each day are sustained by the Torah they learn on each page.

Rabbi Hauer noted the incredibly warm reception the All Daf team had received in the UK and underscored the fact that those gathered at the siyum were realizing the vison of the founder of daf yomi. Said Rabbi Hauer: “Rabbi Meir Shapiro, zt”l had a vision of a daf yomi that would unite klal Yisroel as a path to geulah.” 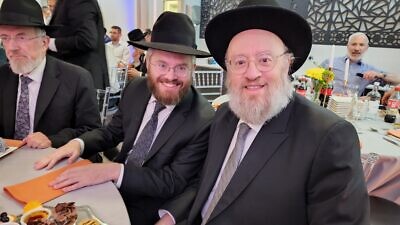 “Meeting and greeting the people at our first-ever international All Daf siyumim, who shared their affinity toward our platforms and how it’s changed their lives, was an incredible chizuk for our whole team” said All Daf Director Rabbi Moshe Schwed. “Both our events in London and Manchester were beautiful, inspiring and uplifting – beyond my expectations.”

Learn more about All Daf at alldaf.org. 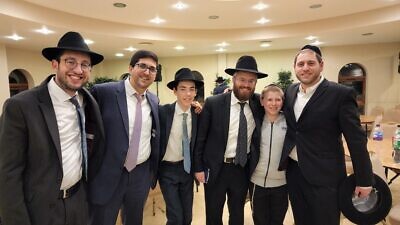 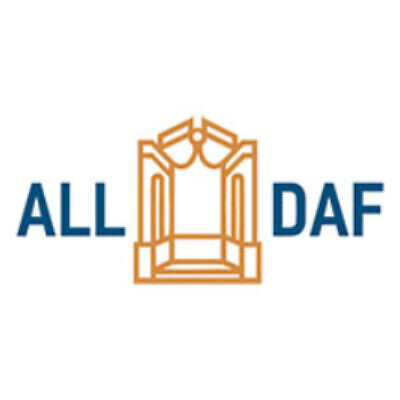 All Daf
Created under the auspices of the OU, All Daf is a revolutionary learning platform where users experience the Daf from both an individualized and holistic perspective. All Daf's broad range of topics are channeled through personalized, user-friendly feeds, which adapt to each learner's interests. The platform has been specifically designed to enrich the learning of learners of all stripes and backgrounds, regardless of skill level or interests.
Publish your organization's press release on JNS Wire
Releases published on the JNS Wire are communicated and paid for by third parties. Jewish News Syndicate, and any of its distribution partners, take zero responsibility for the accuracy of any content published in any press release. All the statements, opinions, figures in text or multimedia including photos or videos included in each release are presented solely by the sponsoring organization, and in no way reflect the views or recommendation of Jewish News Syndicate or any of its partners. If you believe any of the content in a release published on JNS Wire is offensive or abusive, please report a release.
Never miss a thing
Get the best stories faster with JNS breaking news updates