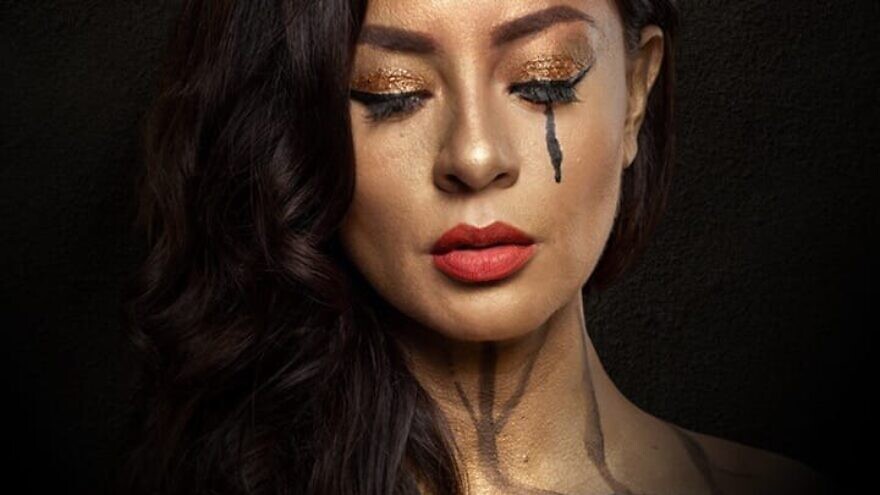 (March 1, 2022, JNS Wire) Ecuadorian-Jewish, Latin Grammy-winning artist and World Vision Ambassador Paulina Aguirre has released her new single and accompanying video “La Tierra Llora,” a new and powerful song that draws attention to climate change of the earth and inequality around the world. To underscore her condemnation of the tragic events occurring in Europe today, Aguirre has dedicated the song to the people of Ukraine.

“La Tierra Llora” (The Earth Weeps) is the first cut from the soon-to-be-released new album by Aguirre that will bear the same name as the title single. The album will feature songs of the same theme.  Through her music, Aguirre always seeks to bring hope and inspire change in the world through art.

“I originally wrote La Tierra Llora to draw attention to climate change, the indigenous people of Ecuador, and the inequalities of women and children in Latin America,” explains Aguirre. “The themes expressed in the song, however, are universal. I could not remain silent after I saw what is happening in Ukraine. In support, I decided to dedicate my song to the people of Ukraine. The earth weeps for Ukraine. I stand with Ukraine.”

Currently, Aguirre is an ambassador for World Vision, the humanitarian development organization dedicated to working with children, youth, their families and communities to reduce poverty and injustice, with offices in 100 countries.

Aguirre is a four-time Latin Grammy nominee and was the first Ecuadorian artist to win the coveted statuette for the album “Esperando tu Voz.” In 2016, she won a Gaviota Award at the Viña del Mar International Song Competition for the single “Canoíta.” She has collaborated with the world’s top music artists, including Armando Manzanero, Marco Antonio Solís and Luis Miguel. She has lent her voice to the NBC series “Desperate Housewives,” the Disney series “Cheetah Girls,” as well as the children’s voices for Univision’s “Los Solecitos.” She also was a celebrity judge alongside James Corden for the reality competition show “The World’s Best.” She is the founder of the non-profit Mujer de Fe, created to support women who have suffered from domestic violence, via the arts.

Republish this article
About The Publishers
Paulina Aguirre
Publish your organization's press release on JNS Wire
Releases published on the JNS Wire are communicated and paid for by third parties. Jewish News Syndicate, and any of its distribution partners, take zero responsibility for the accuracy of any content published in any press release. All the statements, opinions, figures in text or multimedia including photos or videos included in each release are presented solely by the sponsoring organization, and in no way reflect the views or recommendation of Jewish News Syndicate or any of its partners. If you believe any of the content in a release published on JNS Wire is offensive or abusive, please report a release.