The Jewish Youth Assembly (JYA), under the auspices of the World Jewish Congress, is aimed at empowering and hearing the voices of the future generation of Jewish leaders. Applications for the assembly, which will meet virtually during two Sundays in February 2022, are now live. Young adults ages 15 to 18 may apply.

“The younger generation, which may already face antisemitism today, will be tasked with leading the global Jewish community tomorrow,” World Jewish Congress President Ronald S. Lauder said. “In creating the Jewish Youth Assembly, WJC is investing in these future leaders and launching essential conversations across continents. Participants will leave the program better informed, better equipped and better connected to tackle the challenges of the Jewish people.”

During the assembly, which is similar in approach to Model U.N., over 100 participants will be assigned to one out of 12 country delegations representing a Jewish community. The youth delegations will then meet with leaders of those Jewish communities to learn first-hand about their unique characteristics and specific challenges. The delegations will also grapple with the core issues facing Jewish communities worldwide that are affiliated with the World Jewish Congress such as preserving the memory of the Holocaust for a generation without access to first-hand testimony and confronting contemporary forms of antisemitism and Holocaust denial on social media. The assembly will devote special attention on ways to combat online hate, the next generation’s approach to Jewish peoplehood, as well as strategies to ensure a strong, proud and secure Jewish future.

In addition to learning about the core issues facing the Jewish world and meeting with Jewish communal representatives, students will acquire key diplomatic skills and hear from leading experts and political leaders. Future JYA gatherings will convene in person, pending public health protocols.

The assembly will prepare and vote on resolutions based on the core topics proposed by the 12 delegations, and the students will then publicly share their conclusions.

“This innovative program with a global reach demonstrates WJC’s long-term commitment to engaging and inspiring future leaders,” said Yoni Hammerman, senior manager of WJC NextGen who will lead the initiative in close collaboration with a committee of WJC future leaders including members of the WJC Jewish Diplomatic Corps and the Ronald S. Lauder Fellowship.

Applications are now being accepted through the Jewish Youth Assembly website and will be open through Wednesday, Dec. 15 at 11:59 p.m. EST.

The Jewish Youth Assembly is the most recent initiative of the World Jewish Congress’ wide-ranging suite of future leadership programs, where the WJC identifies, engages and empowers Jewish leaders from the ages of 15 to 45 by providing them with the training, network and tools to succeed in their advocacy related to the future of Jewish communities worldwide. 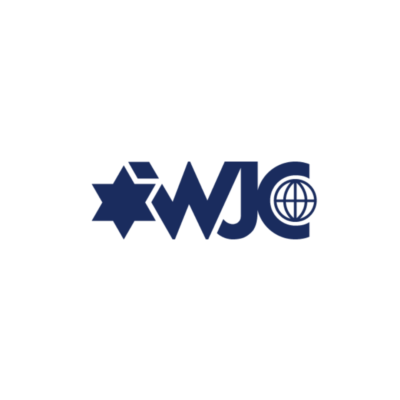 World Jewish Congress
The World Jewish Congress (www.wjc.org) is the international organization representing Jewish communities in 100 countries to governments, parliaments and international organizations.
Publish your organization's press release on JNS Wire
Releases published on the JNS Wire are communicated and paid for by third parties. Jewish News Syndicate, and any of its distribution partners, take zero responsibility for the accuracy of any content published in any press release. All the statements, opinions, figures in text or multimedia including photos or videos included in each release are presented solely by the sponsoring organization, and in no way reflect the views or recommendation of Jewish News Syndicate or any of its partners. If you believe any of the content in a release published on JNS Wire is offensive or abusive, please report a release.