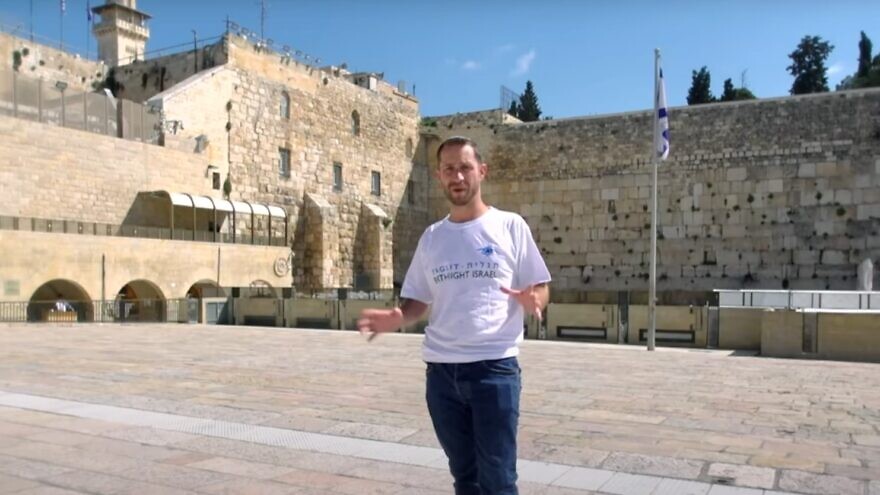 (January 5, 2022 / JNS) Taglit-Birthright Israel is well-known around the world for its free Israel trips for Jewish young adults ages 18 to 32. Since 1999 through Birthright Israel, 750,000 people from 68 countries, the 50 U.S states and nearly 1,000 colleges and universities in North America have had the opportunity to experience Israel and Judaism firsthand.

Yet the COVID-19 pandemic has proven challenging for Birthright Israel during the past two years. Travel to Israel has been significantly curtailed or at times, stopped entirely. Nevertheless, that hasn’t stopped Birthright from continuing to innovate. If you can’t bring participants to Israel, then why not bring Israel and Jewish content to alumni and potential future trip participants—and in a language and format they can understand and relate to? Meet “Birthright Israel Labs.”

Comprised of two portions, Content Studio and Digital Initiatives, Birthright Israel Labs strives to create professionally produced programs and enable alumni networking. It will connect Diaspora Jews to Israel, their culture and to other Jews.

On Dec. 23, the Content Studio premiered “Dinner With Jews: A Birthright Israel Holiday Special,” the first of its online videos, which explores why Jews eat Chinese food on Christmas through the perspective of three comics. The 30-minute show is filmed in the famous Wing Wan kosher Chinese restaurant in the Long Island region of New York. The special is hosted by standup comics Robyn Schall, Modi Rosenfled and Jared Goldstein, written and directed by Bex Schwartz and produced by Andy Singer. Dani Luv, who had a multi-decade residency at Sammy’s Roumanian Steakhouse in Manhattan, serves as the house band.

“It gives different perspectives on being Jewish on Christmas,” observes Davidsburg. 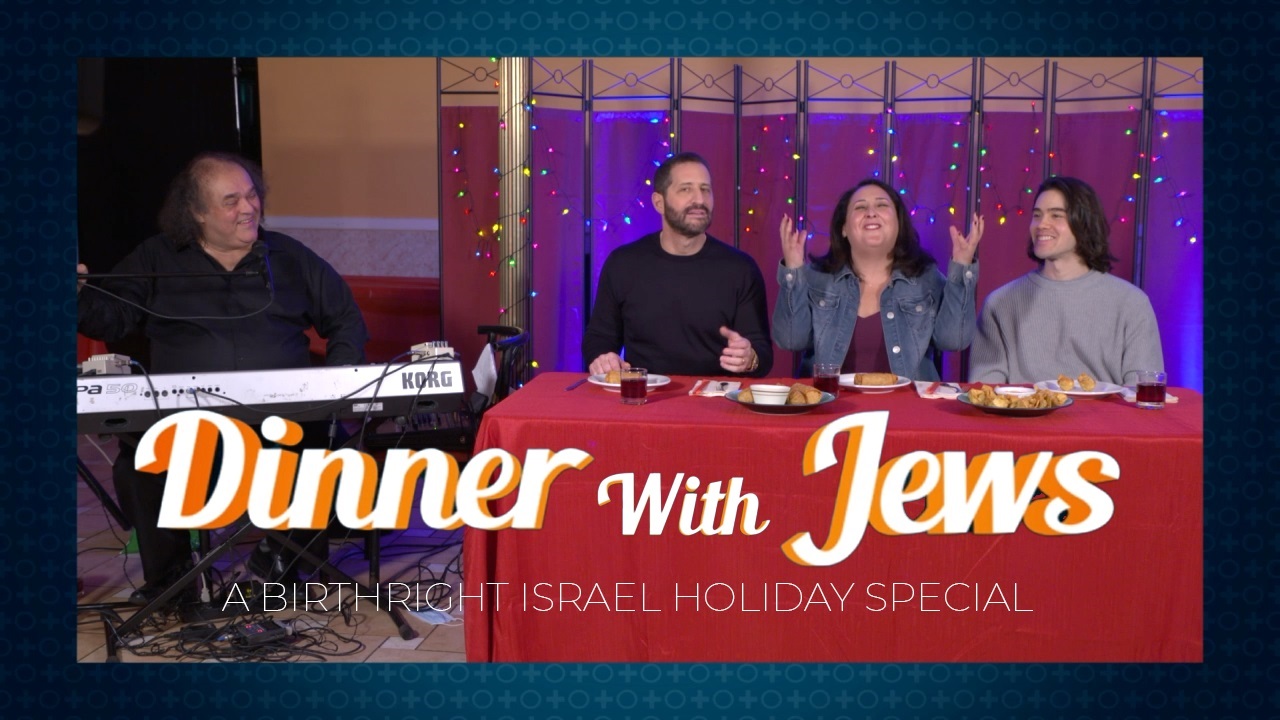 The Content Studio premiered “Dinner With Jews: A Birthright Israel Holiday Special,” the first of its online videos, which explores why Jews eat Chinese food on Christmas through the perspective of three comics, Dec. 23, 2021. Credit: Courtesy.

“Badass Jews” is the second project of the Content Studio. “We all grew up knowing about Nobel Prize winners, scientists, and geniuses,” says Davidsburg. “But we wanted to bring others — Jews from history who buck the trend.”

The animated series takes a look at elite Jewish athletes, spies, soldiers and all-around “tough guys.” From legendary Spymistress Vera Atkins Rosenberg to Jack Kirby, the World War II scout and comic-book genius, the stories will likely offer a more nuanced understanding of how people view Jewish identity and Jewish people. The series is animated by Israeli artist Ory Raz Pinchassi, a self-described “eclectic post-modern artist” who has worked with the IDF and Yad Vashem, illustrated books and book jackets and participated in more than 40 group and 16 solo exhibitions.

Birthright Israel Labs will soon launch “4Qs for Successful Jews,” a video series “digging into the who, how and the why behind the journey to success, through 4 simple questions.” Each episode plans to feature an interview with such successful Jewish celebrities as Mayim Bialik, Michael Solomonov, Kenny Albert, Marc Summers, Alexis Michelle and Nissim Black.

Digital Initiatives, the second arm of Birthright Israel Labs, investigates new and different ways to connect with Birthright Israel alumni in the digital space. Current initiatives include The Pool, a safe forum for discussion on Jewish topics; and “Impact By the Crowd,” a global, crowd-sourced platform for alumni to connect and “do good.” Davidsburg notes that “Impact by the Crowd is in its infancy—with good results.” He adds, “We are tapping the alumni community to bring their dream do-good project—and they bring it to fruition.” Thus far, Digital Initiatives has received 50 submissions with four innovative programs selected to date—from the United States, Israel and Uganda.

“Our goal is to build communities and connections post trips,” says Davidsburg.

The Birthright Israel Labs team has ambitious expansion plans. There are six more “Badass Jews” episodes in production, more “4Qs” to come and a new initiative, “Behind the Nosh:  The Story of Israel Snack Foods,” not far behind. Birthright Israel Labs will also soon launch a worldwide travel initiative to connect alumni jet-setters from around the world. Through this portal, travelers will be able to share and experience local customs, food or just meet someone new from the community.