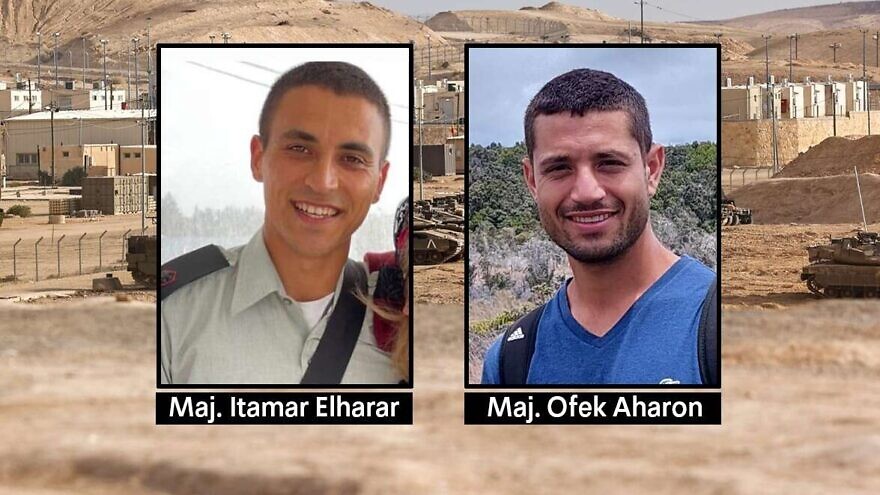 (January 13, 2022 / Israel Hayom) Two Israel Defense Forces’ Commando Brigade officers were killed on Wednesday night in a friendly-fire incident during a patrol near their base in the Jordan Valley, the IDF said on Thursday morning. IDF Chief of Staff Lt. Gen. Aviv Kochavi will personally oversee the investigation, the military said.

Maj. Ofek Aharon, 28, and Maj. Itamar Elharar, 26—both platoon commanders in the IDF’s Egoz special forces unit—identified a suspicious individual while on patrol near the Nabi Musa base, according to the military.

They initiated an arrest procedure, including firing into the air. Another officer in the area misidentified them as hostiles and opened fire, killing both.

IDF Spokesperson Brig. Gen. Ran Kochav told Army Radio that the military will task a senior officer to head the inquest into the incident, in addition to the routine investigation launched by the Military Police.

“This is a very sad morning,” said Israeli Prime Minister Naftali Bennett in a statement.

“I would like to send heartfelt condolences to the families of the two officers who were killed overnight in a tragic accident. The two commanders had dedicated their best years to the security of Israel and defending our homeland. The entire people of Israel mourns for them,” he said.

“The IDF is investigating the difficult incident and the necessary lessons will be learned. May their memories be blessed.”