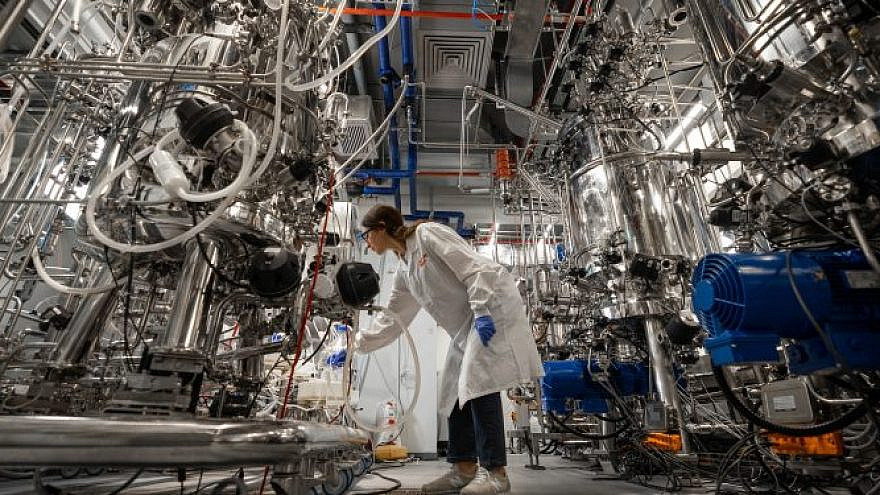 (June 24, 2021 / Israel Hayom) The world’s first industrial cultured meat facility has opened in the city of Rehovot, home to the Weizmann Institute of Science and the Hebrew University of Jerusalem Faculty of Agriculture, Israeli slaughter-free meat-production startup Future Meat Technologies announced on Wednesday.

With the capability to produce 500 kilograms (1,102 pounds) of cultured products a day, equivalent to 5,000 hamburgers, this facility makes scalable cell-based meat production a reality.

Currently, the facility can produce cultured chicken, pork and lamb, without the use of animal serum or genetic modification, with the production of beef coming soon. The company claims its unique platform enables fast production cycles—about 20 times faster than traditional animal agriculture.

Professor Yaakov Nahmias, the company’s founder and chief scientific officer, said that “after demonstrating that cultured meat can reach cost parity faster than the market anticipated, this production facility is the real game-changer.”

“This facility demonstrates our proprietary media rejuvenation technology in scale, allowing us to reach production densities 10-times higher than the industrial standard. Our goal is to make cultured meat affordable for everyone, while ensuring we produce delicious food that is both healthy and sustainable, helping to secure the future of coming generations,” he added.

The company aims to reach U.S. shelves in 2022 and is currently in the process of approving its production facility with regulatory agencies in multiple territories. It is eyeing several locations in the United States for its projected expansion.