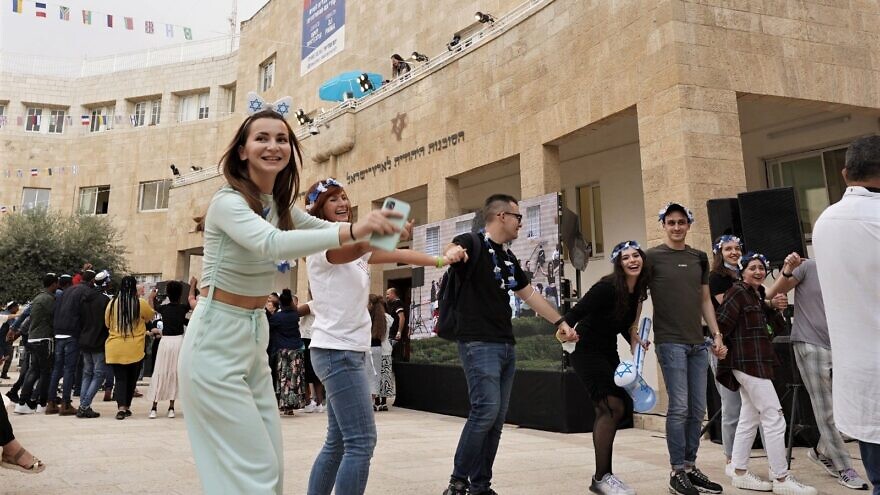 (December 22, 2022 / JNS) Some 70,000 people from 95 different countries immigrated to Israel in 2022 with the assistance of the Jewish Agency for Israel, in cooperation with the Ministry of Aliyah and Integration.

It was the most olim in 23 years and a dramatic increase from 2021, when about 28,600 immigrants arrived in the country.

“It was a dramatic year that emphasized the value of mutual responsibility among the Jewish people and during which the Jewish Agency helped strengthen the resilience of Jewish communities, empowered weaker populations in Israel, brought tens of thousands of olim, saved lives from all over Ukraine and brought them to a safe harbor in Israel,” said Jewish Agency Chairman Maj. Gen. (res.) Doron Almog.

“Aliyah is of existential importance to the State of Israel, both at the practical and moral level. It expresses the nature of Israel as the state of the entire Jewish people and the strategic partnership between Israel and world Jewry. The tens of thousands of olim who came to Israel this year will help build the resilience of Israeli society and will be a major growth engine for the Israeli economy,” he added.

The Jewish Agency’s operation to rescue Ukrainian Jews following Russia’s invasion in February was unprecedented in its scope. The organization opened centers to receive the wave of Jewish refugees and provide them with warm beds, meals, medical care and activities for children.

A total of 290,000 meals were distributed in these centers and thousands of the refugees, including hundreds of seniors and Holocaust survivors, were brought to Israel on rescue flights. Emergency grants were also transferred to strengthen Jewish communities within Ukraine, and 354 tons of personal equipment was collected in Israel and distributed to refugees in Ukraine.

In light of the surge in arrivals, the Jewish Agency is preparing to operate a new model of “open absorption centers” where young olim will live in the same apartment building and receive community support services. The Jewish Agency will also open a first-of-its-kind center for lone soldiers (those without family members living in Israel who can help them) in Tel Aviv as part of the Wings program.

The program, a joint initiative of the Jewish Agency, the Merage Foundation, the Spirit of Israel social action platform and Keren Hayesod, provided a supportive framework for 2,200 lone soldiers this year—from those preparing for military service to those who have been discharged and are establishing their lives as civilians.