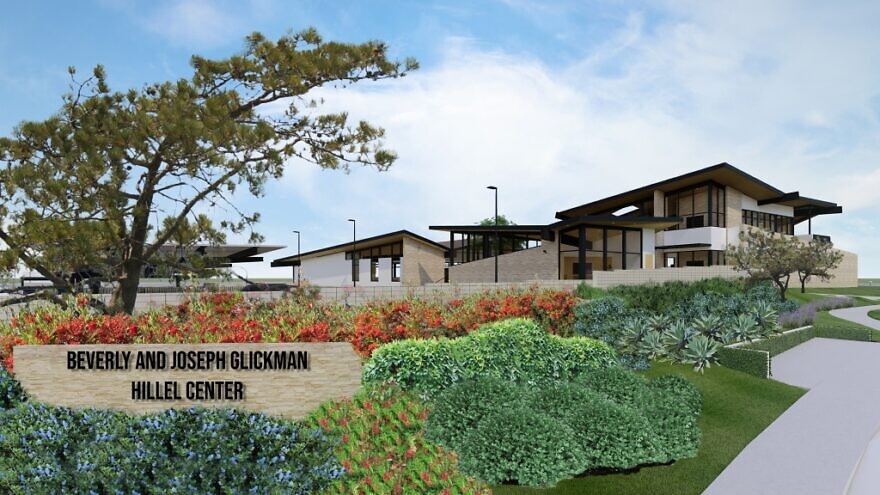 (September 20, 2021 / JNS) The Hillel of San Diego has started construction on a new Jewish center across from the University of California San Diego campus after facing several lawsuits that challenged the project.

The Beverly and Joseph Glickman Hillel Center will include three separate, one- and two-story buildings that will surround a central outdoor courtyard, reported NBC San Diego. It will serve the UC San Diego community by hosting Jewish holiday programs, Jewish learning and community activities.

The center broke ground on Sunday and is expected to open in the fall of 2022.

“It will be a symbol of justice and a reminder that every Jewish young person in our city matters, and that they deserve a place to feel safe and loved,” said San Diego Mayor Todd Gloria, who attended the groundbreaking. “This center is a proclamation that our city is truly a city for all of us.”

A decision by the California Court of Appeal allowing the project to move forward ended a long legal battle against the center that started in 2006 and continued into 2021.

In 2000, Hillel was given exclusive rights to purchase the land from the city to build a Hillel center and the project was approved by the city council in 2017, according to NBC San Diego. Residents initially opposed the project, but Hillel worked with the work and community to make the changes.

Karen Parry, executive director of Hillel of San Diego, said the center will be “a hub for Jewish life at UC San Diego and is critical to ensuring that students have a place to gather, connect and learn.”

She added that “as anti-Semitism is on the rise all over the country, our new Hillel Center will serve as a connector to the larger UC San Diego community to build bridges and foster allyship.”