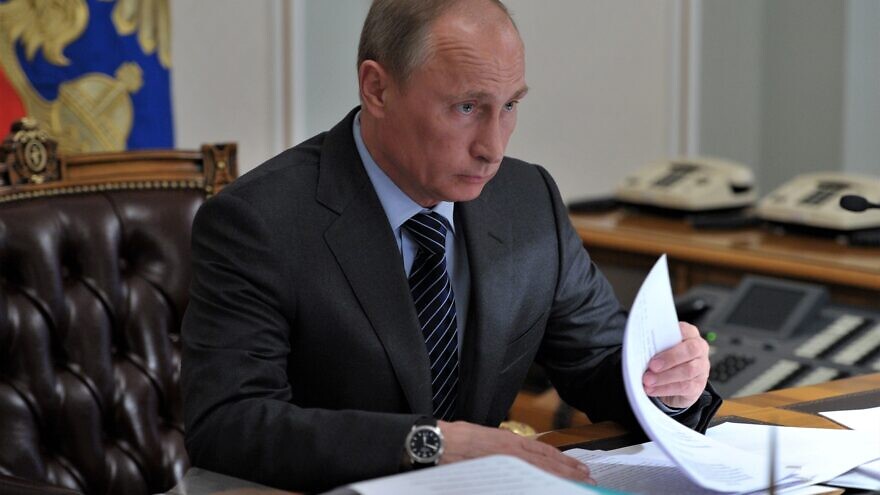 (July 26, 2022 / Israel Hayom) Chabad announced on Monday that it would launch unprecedented legal proceedings against Russia to demand the return of the Chassidic group’s historical library, which was illegally confiscated by the Russian authorities.

Almost simultaneously, the Russian police said it has arrested Jewish opposition politician Leonid Guzman for “failing to notify the authorities quickly enough of his Israeli citizenship.”

The developments occurred against the backdrop of tensions between Jerusalem and Moscow over the latter’s threat to shut down the Jewish Agency f0r Israel in Russia.

Guzman has already been released, but tensions between the two countries could still intensify.

The Association of Chabad Chassidim in the U.S. has appealed to Israel’s attorney general, Gali Baharav-Miara, to freeze proceedings to transfer ownership of land in Jerusalem to Russia, specifically the Alexander Courtyard church compound in the Old City.

Chabad wants any land transfer to Russia to be conditioned on the return of the Schneerson library archives, which according to Chabad were illegally confiscated by Russia.

In a warning letter prior to taking legal action, attorney Uri Keidar, who represents the Association of Chabad Chassidim, explained that the Schneerson library archives are a historical collection that includes approximately 12,000 books and original writings preserved since the end of the 18th century.

Keidar described the library as a unique collection of its kind in the entire world and a heritage asset for the entire Jewish people, in a way that goes beyond the boundaries of Chabad.

For decades following World War I, the Schneerson library archive was in the hands of the Soviet regime, and is currently in the hands of the government of Russia. Over the course of those decades, Chabad has demanded that Moscow return the archives to the Chabad chassidic center in New York.

The last Lubavitcher Rebbe, Menachem Mendel Schneerson, appointed a special delegation to seek the return the books. They have been working ever since in various ways to achieve the goal.

Thus far, a series of court rulings have been issued in the United States against the Russian government, ordering it to return the Schneerson collection to Chabad, including the imposition of a significant fine for contempt of court, which currently stands at approximately $170 million.

Moscow has been demanding that Israel hand over control of the Alexander Courtyard church compound, which former Prime Minister Benjamin Netanyahu promised to give to the Russians as a good will gesture following the release of Na’ama Issachar from a Russian jail in 2020, but which the Jerusalem District Court blocked.

“The Schneerson collection has historical Jewish importance, and therefore it is only natural that the State of Israel will do everything in its power on the legal and practical level, to assist my client’s worldwide efforts to return the Schneerson collection to its possession at the Chabad Chassidic headquarters in the U.S.,” Keidar stated in his letter to the attorney general.