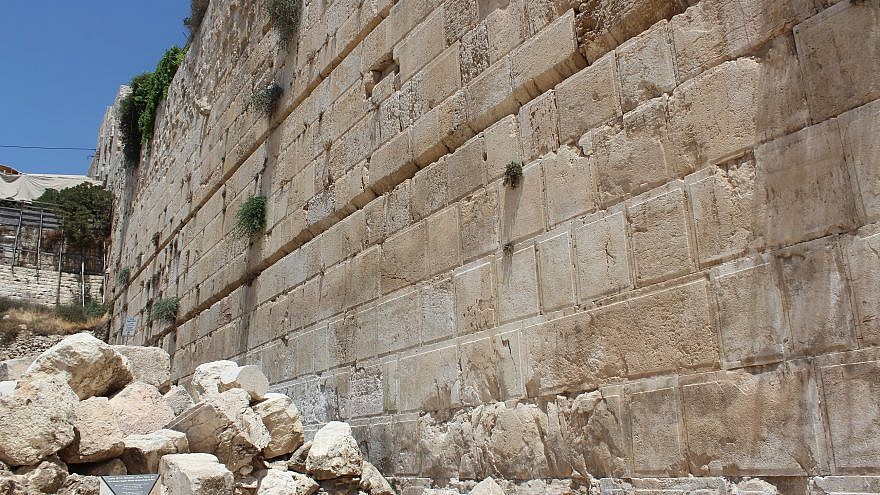 (August 10, 2021 / JNS) Archeologists have uncovered in the City of David National Park in Jerusalem the first evidence of the capital being hit with an earthquake that was mentioned in the Bible, reported i24News.

According to the first verse of the book of Amos, the earthquake occurred during the time of the Kingdom of Judah in the eighth century BCE.

The Israel Antiquities Authority (IAA) said last week that while evidence of the earthquake has been discovered across Israel, archaeologists have never unearthed markings of the destruction that prove the natural disaster also struck Jerusalem, the capital of the Kingdom of Judah.

Archeologists from the IAA found a layer of destroyed artifacts, including containers, bowls, lamps, kitchen utensils and storage jars, which were broken during the collapse of a building in the City of David. Researchers found no signs of fire in the destruction, leading them to believe that the building was not damaged due to conquest or a violent act, but collapsed because of an earthquake, explained The Jerusalem Post.

“We wondered what could have caused such a heavy layer of destruction, and we looked for a reference in the biblical text,” said Joe Uziel and Ortal Chalaf, the IAA’s directors of excavations. “We then discovered that the earthquake that appears in the Bible in the books of Amos and Zechariah occurred when the building we unearthed in the City of David collapsed.

“The combination of the findings on the ground with the biblical description,” they continued, “led us to the conclusion that the earthquake that struck the land of Israel during the reign of Ozias, king of Judah, also struck the capital of the kingdom—Jerusalem.”