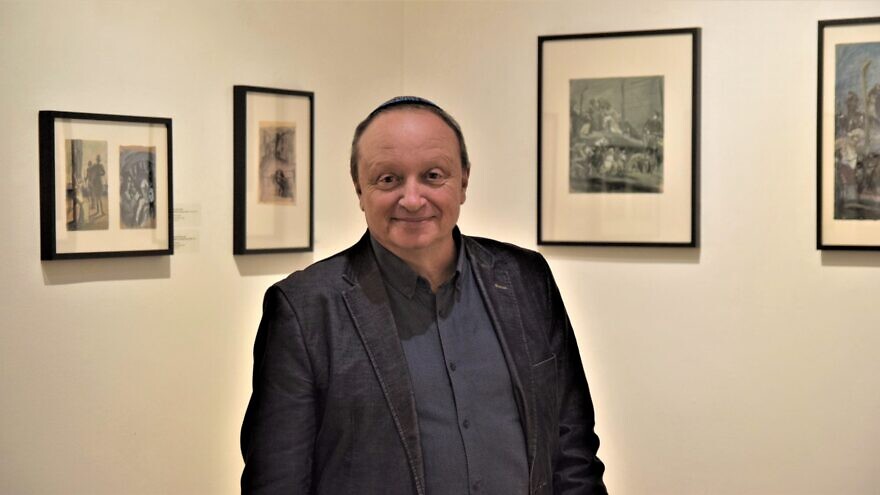 Contemporary artist Mikhail Yakhilevich, the grandson of Meer Axelrod, whose series of 30 paintings and graphic works are on display in Croatia for the first time, Feb. 27, 2020. Photo by Maya Laskovich.
Spread the word.
Help JNS grow!
Share now:

(March 2, 2020 / JNS) An exhibition of 30 paintings and graphic works titled “Nazi Occupation in Graphic Works of Meer Axelrod” opened in Zagreb, the capital of Croatia—the first time the artist’s works have been shown in the country.

The series was created between 1942 and 1943 in Almaty, where the artist worked on sets for Sergei Eisenstein’s iconic film, Ivan the Terrible. Until recently, even experts were not aware of the existence of this series, as the works had been kept in the artist’s family collection and had never been displayed together.

Axelrod was banned in the Soviet Union from official artistic work. Yet for nearly half a century, he continued to paint about Jewish life and the tragic fate of Jews who died in pogroms, as well as during the years of World War II and the Holocaust.

Contemporary artist Mikhail Yakhilevich, the grandson of Meer Axelrod and guest at the Feb. 27 opening ceremony, noted that his grandfather “started creating works about the Holocaust during the war and continued working on this subject until his last day. This series was never exhibited during the artist’s lifetime since in the Soviet Union, it was not allowed to single out the Jewish tragedy. It is symbolic that the exhibition, organized by Russia’s Pechersky Foundation and supported by the Euro-Asian Jewish Congress, is being held in Croatia, a country where almost the entire Jewish population had perished.”

The exhibited works not only depict life under the Nazi occupation, but also chronicle the mass resistance movement, in addition to exploits of partisans and underground workers. Of particular interest is the only lifetime portrait of Alexander Pechersky, leader of the legendary uprising in the Nazi death camp Sobibor.

The opening was attended by Mayor of Zagreb Milan Bandić; Russian ambassador to Croatia Anvar Azimov; Kazakhstan Ambassador to Croatia Tolezhan Barlybaev; Ilya Vasiliev, chairman of Alexander Pechersky Foundation; Tomislav Bunta, dean of the Academy of Fine Arts at the University of Zagreb; and representatives of the Croatian government and diplomatic corps.

The exhibition is a joint project of the Russian embassy in Croatia, Rossotrudnichestvo Representative Office in Croatia, the Alexander Pechersky Foundation, the Academy of Fine Arts at the University of Zagreb, Shira Gallery and the Euro-Asian Jewish Congress. 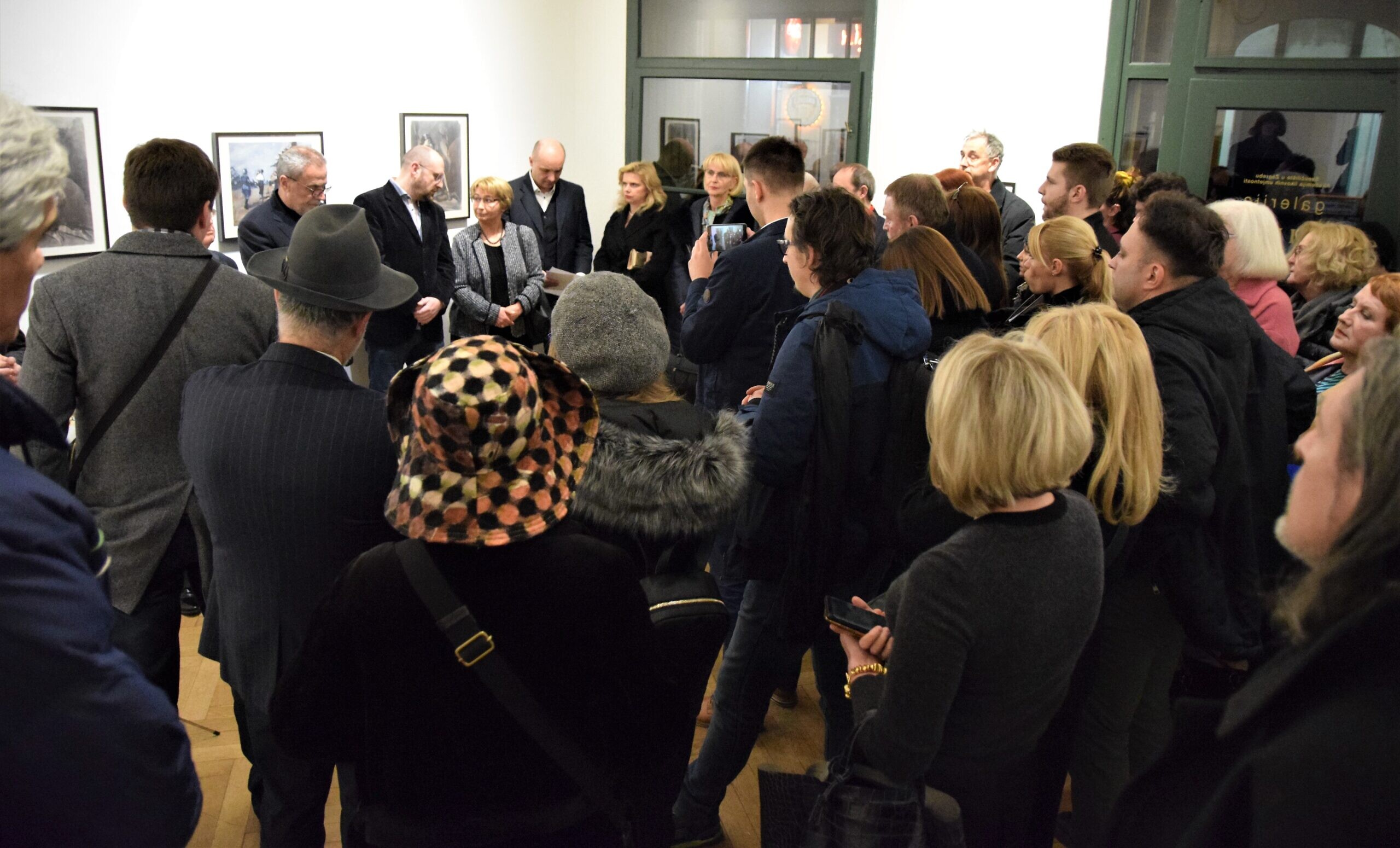 Guests at the opening of an exhibition of 30 paintings and graphic works titled “Nazi Occupation in Graphic Works of Meer Axelrod” in Zagreb, the capital of Croatia, on Feb. 27, 2020. by Maya Laskovich.
Republish this article in your newspaper or website