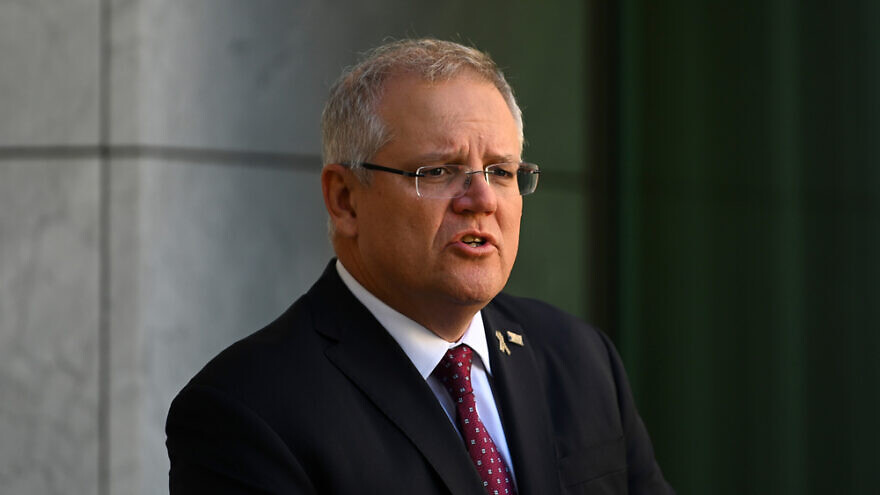 Morrison said in a pre-recorded address at the International Forum on Holocaust Remembrance and Combating Anti-Semitism in Sweden that Australia will embrace the definition “as a people and as a nation.”

He added that the Holocaust “serves as a perpetual and brutal reminder of exclusion, of racism, of systematic political hatred and evil itself.”

Following Morrison’s announcement, Australia’s Minister for Education and Youth Alan Tudge wrote on Twitter: “This won’t stop all anti-Semitism, but it will make a difference & help people call it out, including on campuses.”

Australia is the 30th country to announce its formal endorsement or adoption of the IHRA definition. The IHRA is an intergovernmental body comprised of 34 member countries, including Australia.