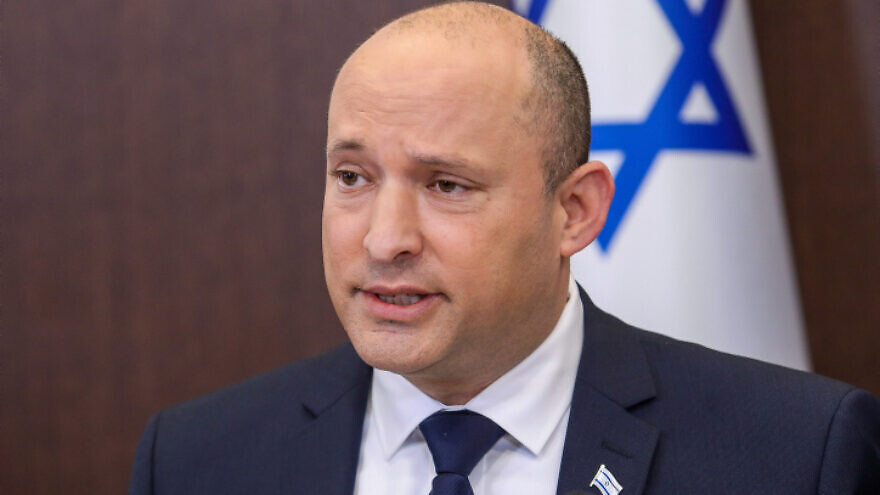 (November 23, 2021 / JNS) Ahead of the restarting of nuclear talks between Iran and world powers in Vienna, Prime Minister Naftali Bennett said on Tuesday that “disagreements with the best of our friends could emerge – this wouldn’t be the first time.”

Speaking at a conference held by the Institute for Policy and Strategy at Reichman University in Herzliya, Bennett said, “If there will be a return to the nuclear agreement, Israel will not be a party to the agreement. Israel is not obligated by the agreement.”

According to a report by Walla news, Bennett stated in his speech that after the signing of the 2015 nuclear deal with Iran, Israel “fell asleep at the wheel” and stopped fighting Iran.

“We dealt then with other things. We will learn from this mistake. We will safeguard our freedom of action,” he said.

“We hope the world does not blink – but even if it does, we don’t intend to blink,” added the prime minister.

Bennett also outlined a new strategy regarding Iran which calls for striking Iranian handlers of proxies directly, rather than targeting the proxies through other means. “The asymmetry is Israel’s greatest strategic mistake,” he said. “They want us to struggle against the emissary, and to ware us down.”