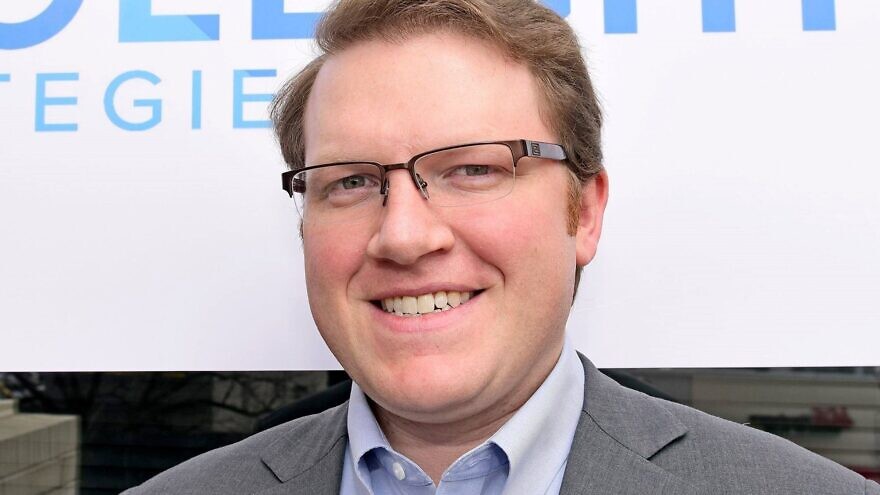 As first reported in The Forward, Keyak’s role will not require Senate confirmation, allowing him to begin serving immediately as acting envoy until the Senate moves on the nomination of Holocaust historian and Emory University professor Deborah Lipstadt to serve as the U.S. Envoy for Monitor and Combat anti-Semitism.

Lipstadt’s nomination has been delayed by Republicans in the Senate Foreign Relations Committee over a tweet she sent criticizing statements by committee member Sen. Ron Johnson (R-Wis.).

An Orthodox Jew, Keyak previously worked on the Jewish outreach team of the Obama campaign in 2012, as well as serving as communications director for Reps. Steve Rothman (D-N.J.) and Jerry Nadler (D-N.Y.). Keyak also served briefly as interim executive director of the National Jewish Democratic Council in 2013.

In 2014, he and Democratic consultant Steve Rabinowitz started the communications firm Bluelight Strategies.

“When Deborah is—God willing—is Senate confirmed, Aaron will make a terrific compliment. He respects her tremendously, as we all do; she’s incomparable, after all,” Rabinowitz said via email. “But in the meantime, he’ll also be a great acting U.S. special envoy in his own right for as long as it takes. In my mind, it’s like a recess appointment. I can’t say enough how outstanding I think it is.”

However, earlier this year, Keyak drew some criticism over a tweet where he suggested that Jews remove Jewish symbols like a kipah or Magen David (“Star of David”) if they fear for their safety.

It pains me to say this, but if you fear for your life or physical safety take off your kippah and hide your magen david. (Obviously, if you can, ask your rabbi first.) https://t.co/Dca2hpfY2s @shirahanau @BenjaminSales

Attempts to reach Keyak for comment were not immediately returned.