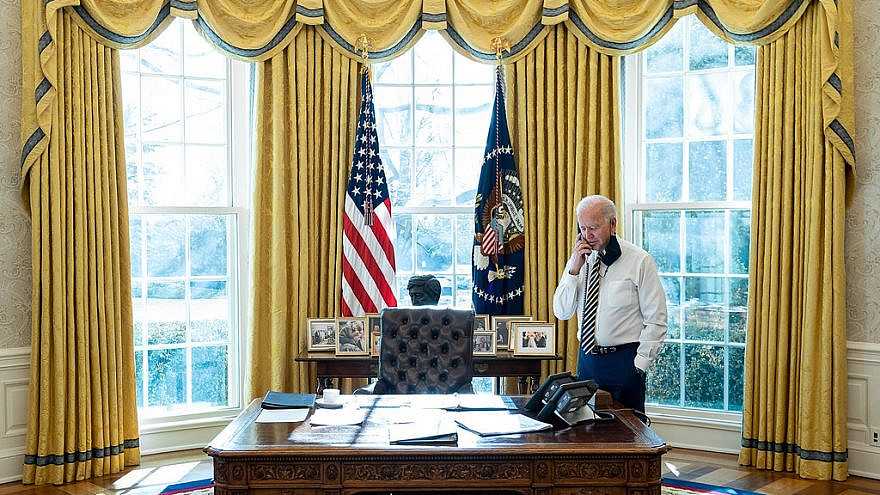 According to the Prime Minister’s Office, the conversation was “warm and friendly” and lasted nearly an hour.

“The two leaders noted their personal ties of many years and said they will work together to continue bolstering the strong alliance between Israel and the U.S.,” according to the readout.

The two leaders discussed the normalization agreements between Israel and Arab states in the Middle East, the Iranian threat and other regional challenges.

Biden also reportedly congratulated Netanyahu on Israel’s successful COVID-19 vaccination campaign, exchanging ideas on how best to quell the pandemic. Israel currently has the highest vaccination rate, followed by the United Arab Emirates, the United Kingdom, Bahrain and the United States, according to Forbes.

The call puts an end to weeks-long speculation in American and Israeli media over the delay in their speaking to one another.

On Tuesday, White House spokeswomen Jen Psaki said that Netanyahu would be the first Middle East leader Biden planned to call, while also reaffirming the “important strategic security relationship” between the two allies. Nevertheless, as the days since Biden’s inauguration grew, speculation increased over whether or not the new president was purposely holding off on speaking to the Israeli leader as a sign that things were different post-Trump.

The president has spoken with a number of close U.S. allies, including leaders in Canada, Britain, France, Japan, Mexico, Germany, South Korea, and even some foes, such as China’s Xi Jinping and Russia’s Vladimir Putin.