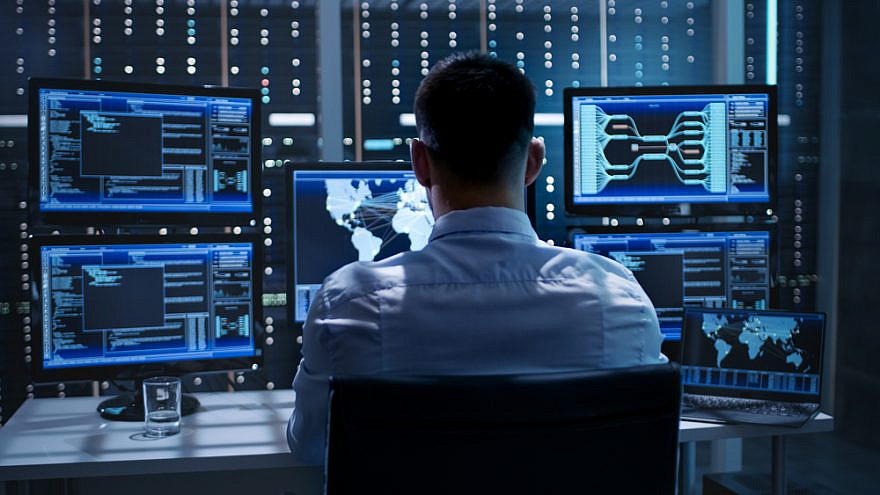 (April 21, 2021 / JNS) A bipartisan group of lawmakers introduced a bill this week intended to foster closer cooperation in cybersecurity between Israel and the United States.

If passed, the U.S. Israel Cybersecurity Cooperation Enhancement Act—made up of Senate Bill 1193 and House Bill 2659—would establish a grant program in the U.S. Department of Homeland Security to facilitate cybersecurity research and development, demonstration and the commercialization of cybersecurity technology.

The bills were introduced in the Senate by Sen. Jacky Rosen (D-Nev.) last week and in the House of Representatives by Rep. Jim Langevin (D-R.I.) on Monday.

They were joined by Sens. Sheldon Whitehouse (D-R.I.), Susan Collins (R-Maine), Todd Young (R-Ind.) and Rep. Andrew Garbarino (R-N.Y.) in an announcement of the act on Monday.

According to the release, the grant program will be funded with $6 million annually over five years, with private companies, nonprofit organizations, academic institutions and government entities being eligible to receive funding as long as they are engaged in a joint venture with the corresponding institution in the other country.

“At a time when our cyber defenses are being tested like never before, we must explore every avenue available to invest in cutting-edge cybersecurity research and innovation,” Langevin, co-founder and co-chair of the Congressional Cybersecurity Caucus, said in the release. “This bill will devote resources towards strengthening our cybersecurity partnership with our staunch ally Israel and yield valuable solutions to help keep Americans safe in cyberspace.”

Rosen previously introduced the U.S. Israel Cybersecurity Center of Excellence Act (S. 2309) during the last Congress, which required the State Department to investigate the potential benefits of establishing a joint U.S.-Israel cybersecurity center.

Langevin had previously introduced the bill in 2016 after a fact-finding visit to Israel. The act passed the House of Representatives numerous times.

“Cyber threats are now more prolific than at any time in our history, as is the indiscriminate targeting of the federal government, private sector, state and locals and private citizens,” said Garbarino said in the release. “We must do more to defend against these threats by working closely together with our allies. I am pleased to join this bipartisan, bicameral effort to facilitate a stronger cyber partnership with Israel and ultimately develop more sophisticated cybersecurity technologies in order to thwart the next SolarWinds campaign.”