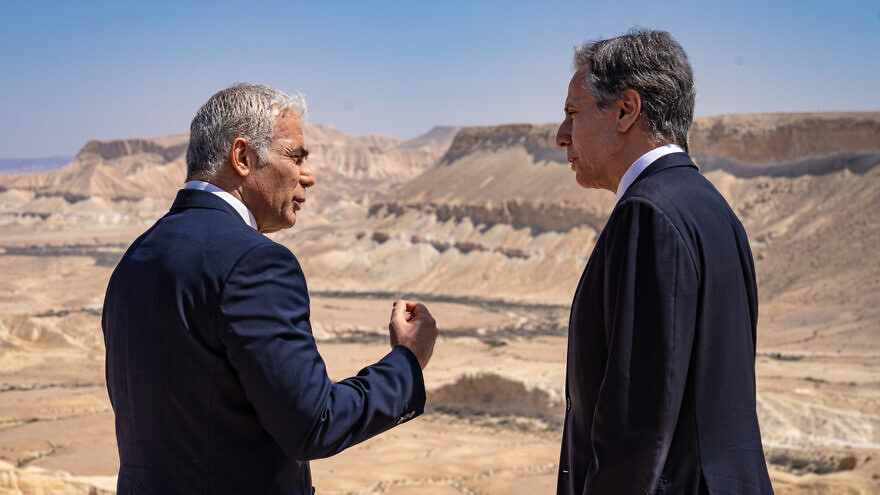 In a tweet, Lapid said that he expressed shock at the “horrific massacre” at Robb Elementary School in Uvalde, Texas, and conveyed sincere condolences for that and the recent shooting at a grocery store in Buffalo, N.Y.

The two also discussed U.S. President Joe Biden’s first presidential visit to Israel in June, as well as the possibilities of “regional progress that the president’s visit could bring in the fields of security, the economy and ties between the people of the Middle East,” wrote Lapid.

Iran and its terrorist proxies were also discussed with the diplomats agreeing to cooperate and act to reduce tensions in the region.

U.S. State Department spokesman Ned Price, in a readout of Blinken’s meeting, said the secretary of state spoke about the importance of Israelis and Palestinians working together to maintain calm, especially in light of the recent shooting death of Al Jazeera journalist Shireen Abu Akleh. Price said Blinken underscored the importance of concluding the investigation into her death.

“I emphasized that Israel will share the results of our investigation with the United States as is standard practice between our countries,” he said.