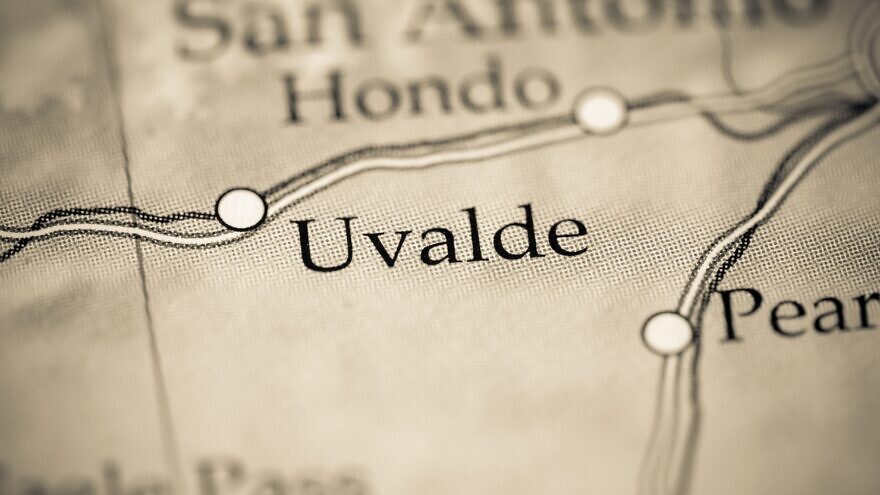 (May 26, 2022 / JNS) It was supposed to be the last day of school, when kids sign yearbooks and clean out their cubicles and book bags. But classes ended at the Robb Elementary School in Uvalde, Texas, two days early on Tuesday, after a teenage gunman entered the building and shot dead 19 students and two teachers.

The incident has left America reeling, calling to mind a similar mass shooting in 2012 at the Sandy Hook Elementary School in Newtown, Conn., when a 20-year-old gunman killed 26 people—20 of them kids as young as 6.

Across the country, parents shook their heads and clutched their children tighter before sending them off to class.

And across the country, Jewish day schools responded to yet another tragedy on a level seen in their communities as well—in Pittsburgh in 2018 and Poway, Calif. in 2019. Some sent letters to parents with tips on how to talk to their children about the tragedy. Others recited prayers and encouraged students to do good deeds in memory of the victims.

At the Charles E. Smith Jewish Day School in Maryland, a nursery through 12th-grade institution, the news was addressed with students in “developmentally appropriate” ways, according to a letter sent by school officials to parents.

During morning announcements, the principal of the lower school, Rabbi Matthew Bellas, told students, “as a lower school ourselves, this event is felt in a particularly strong way. It is our prayer that the students, staff, families and community of Uvalde find comfort in this incredibly sad time, and that peace come to them and all of humanity. May all people come to learn and live in the spirit of the understanding that all life is holy and that we must all treat every life with kavod, respect and kedushah, ‘holiness.’ ”

He also asked students to observe a moment of silence and be thankful for those who care for them and those who keep them safe.

Rabbi Mitchel Malkus, head of school at CESJDS, told JNS: “We addressed the shooting; shared resources with our families and faculty for speaking with children about the shooting; and reminded everyone in our community of the significant security we have in place as we reassure everyone both emotionally and physically.”

He said “we are saddened that this is another horrific shooting at a school. As an educator and as a parent, I am personally looking to see ways our country can prevent these types of attacks in the future so that schools will be the safe places we intend them to be.”

On Tuesday afternoon, 18-year-old Salvador Ramos walked into Robb Elementary, west of San Antonio, dressed in tactical gear. Armed with an assault rifle (reports said that another one was found in the truck he took from his grandmother before first shooting her; she is hospitalized and remains in critical condition), he barricaded himself inside a classroom, where he murdered the 19 fourth-graders and their two female teachers, and wounded as many as a dozen more. He was eventually shot and killed by law enforcement.

“When a shooter guns down innocent children and teachers in a school, it is only natural for us to react both within ourselves and with regards to our own children,” said Rabbi Dovid Fox, director of Chai Lifeline’s Crisis Services. “Crisis situations bring with them a mix of strong emotions including fear, confusion and feelings of helplessness. Addressing the worries of children can be a great challenge, yet children need reliable information.

“It is far better for a child to hear what is going on from a trustworthy source, such as a teacher or parent, than to hear rumors on the playground,” he continued. “Our job as adults is to share adequate information with children and to help them assimilate the information in terms they understand. Children also need a sense of security, particularly during these times of uncertainty, and must have a place to express their feelings. Thus, an open discussion is invaluable during this time.”

Fox advised parents to let their children share what they have heard about the shooting and be willing to answer all their questions, even if they need to answer, “I don’t know.”

And, of course, it’s important for parents to listen to what their children want to say, even if he or she brings the subject up days from now. 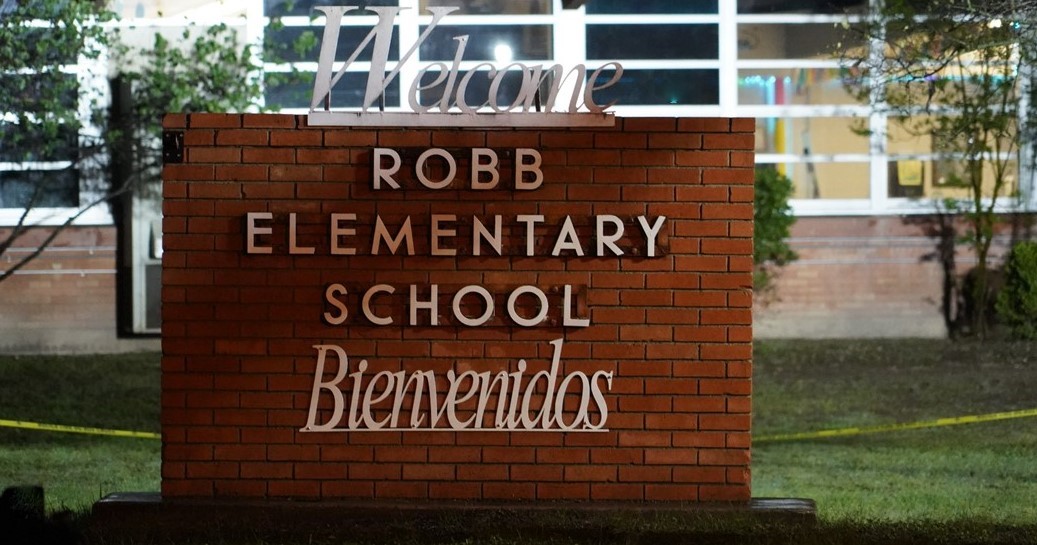 ‘Channel their fear and concern’

Offering a listening ear in the aftermath of a school shooting is something that Rabbi Yitzchok Schmukler of League City, Texas, knows a little about. In May 2018, 10 people were killed in a school shooting in Santa Fe, Texas—just a 15-minute drive from his home. As a rabbi and chaplain, Schmukler was on hand the next day to help offer counseling and spiritual support.

“Interestingly enough, some of the people who needed support were the counselors themselves, some of whom came from other parts of the country to help. A school shooting is hard on everyone, including those who are there to give answers,” he said.

The rabbi, who is a Chabad-Lubavitch emissary to League City near Houston, believes strongly that the time has come to focus on morals and ethics in all schools, including public schools.

“There is something very deeply wrong when this is happening, not only in society, but to children,” he said, “and if any goodness comes out, it is to take heed and see how to increase the moral and ethical education that our children are receiving; the accountability to a higher power; and a sense of right vs. wrong, no matter how aggrieved one feels.”

He also suggested that adults empower children to find ways to answer the “darkness” with goodness.

“Find ways for children to volunteer,” he said, “to do an act of kindness, visit a senior, get involved in a way to channel their fear and concern.”