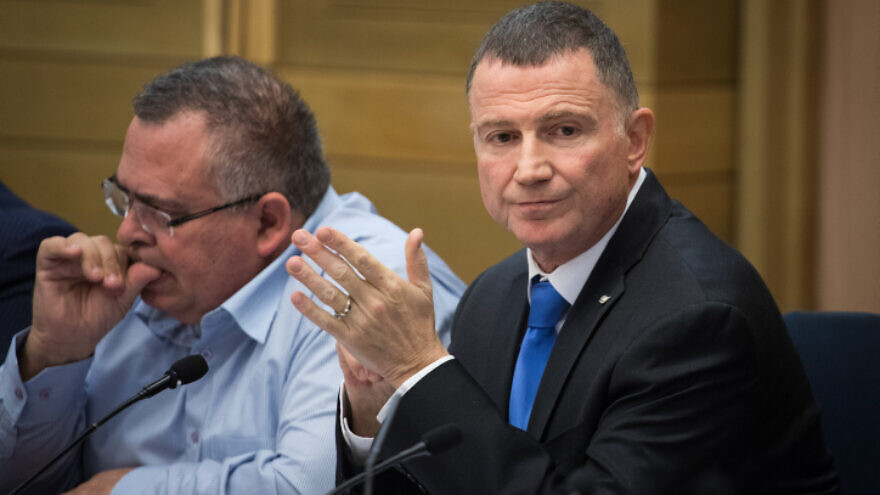 (January 5, 2020 / JNS) Israel’s Blue and White Party announced on Sunday that it has the support of 65 Knesset members to immediately convene a committee to deliberate on Israeli Prime Minister Benjamin Netanyahu’s request for immunity from prosecution in the three criminal cases facing him.

Blue and White MK Avi Nissenkorn, who heads the Knesset Arrangements Committee, met with Knesset Speaker Yuli Edelstein on Sunday to discuss the formation of a Knesset House Committee to hear the prime minister’s request.

Before that request can be brought before the Knesset, it must go through the Knesset House Committee, but due to the country’s political logjam, there currently is no House Committee. Unless one is formed, the Knesset will only be able to review the request once a government is formed following the March 2 election.

Knesset legal adviser Eyal Yinon stated last month if a majority of MKs, which Blue and White now claims to have, votes to establish a temporary House Committee, it can be done before the election. On Sunday, he issued a ruling to the effect that the Knesset being on a hiatus should not prevent the formation of a temporary committee.

With Netanyahu reportedly banking on lawmakers being unable to set up a committee to discuss his request before the March 2 elections, Sunday’s announcement, which Edelstein must first approve, constitutes a potential setback for the prime minister.

Should a House Committee convene and reject his request for immunity, Netanyahu’s trial could begin immediately. Alternately, if the committee were to approve the request, Netanyahu’s immunity would only be valid for the term of the Knesset that approved it, meaning until the March 2 election, at which point he would have to apply again to renew it.