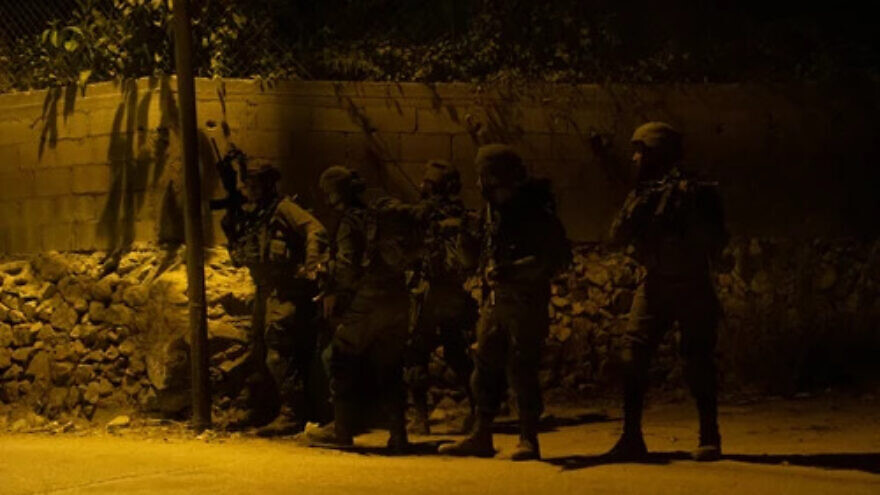 (September 28, 2022 / JNS) The brother of a terrorist who murdered three Israelis in Tel Aviv on April 7 was killed in Jenin on Wednesday during a firefight with Israeli soldiers, according to the Israeli military. Three other Palestinian terrorists were reportedly also killed during the exchange.

“Earlier this morning, security forces operated in the Jenin Camp in order to apprehend two suspects involved in a number of recent shooting attacks. Following ISA [Israel Security Agency] intelligence, Israel Border Police forces, along with IDF soldiers, operated to apprehend both suspects. While surrounding the residence in which both suspects were located, an explosive device detonated and the suspects opened fire toward the security forces. The security forces fired back according to standard operating procedures and the two suspects were both killed.”

Acting on intelligence provided by the Israel Security Agency (Shin Bet), Israeli soldiers and Border Police officers entered the Jenin camp in the morning and surrounded the residence in which Hazem and the other suspect were located, the IDF said in a statement. At this point, “an explosive device detonated” and the suspects opened fire at the Israeli forces, the statement continued.

The Border Police identified the second casualty as Muhammad Aluna, a resident of Jenin. Both Hazam and Aluna took part in a shooting attack near the Palestinian village of Jalamah on September 13, and had plotted additional, imminent attacks, according to the Border Police statement.

The Palestinian Authority-run WAFA news agency, citing the P.A.’s Health Ministry, reported that one Palestinian man had been killed and nine others admitted to hospital in Jenin with gunshot wounds, two in serious condition.