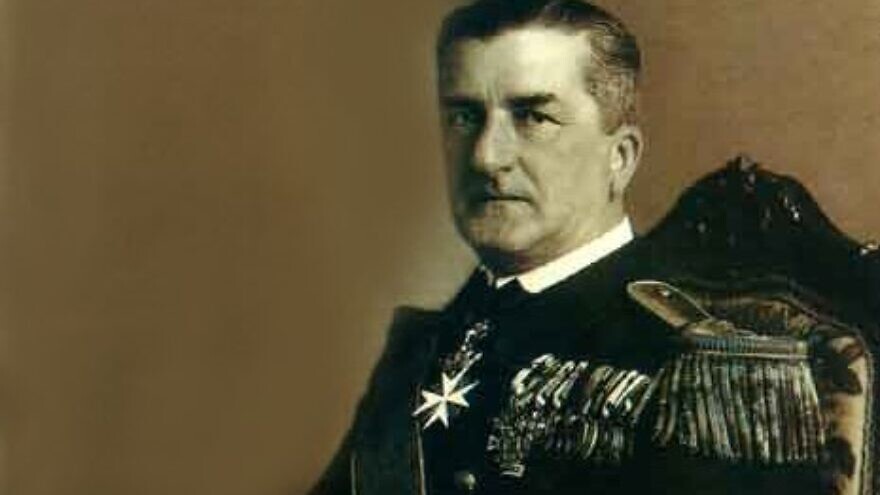 (September 2, 2022 / JNS) A bust of former Hungarian fascist leader and Nazi collaborator Miklós Horthy that was installed in Hungary’s Parliament this week has caused fury among Jewish groups and the Israeli embassy in Budapest.

The far-right Mi Hazánk (“Our Homeland”) Party installed the statue on Tuesday in the office of the party’s vice president, Dóra Dúró, inside the Hungarian parliament, according to The Jerusalem Post.

“It is hard to imagine that in modern Hungary in the heart of Europe, there are still political circles that are busy glorifying a person who was also responsible for the inhumane sufferings and death of hundreds of thousands of Hungarian citizens, among them the majority of the Jewish community,” the embassy said in a statement on Wednesday. “There is NO room and tolerance for anti-Semitism and anti-Semitic ideas, period.”

The American Jewish Committee of Central Europe added in its own statement: “Under Horthy’s reign Hungary joined World War II siding with Hitler, some 550,000 Hungarian Jews were murdered and 100,00 Hungarian soldiers died at the Don River. Not a man to honor.”

The Federation of Hungarian Jewish Communities and the National Association of Victims of Nazism, also known as NÜB, have both demanded this week for the bust to be removed from the Hungarian parliament.

Under Horthy’s rule, Hungary aligned itself with Nazi Germany against the Soviet Union and killed 63,000 Jews before the Nazi occupation. When Germany invaded Hungary, 437,000 Hungarian Jews were deported to Auschwitz, where most of them were sent immediately to the gas chambers.

Horthy also approved Hungarian troops during the Nazi occupation to carry out the murder and deportations of some Jews and other minorities.