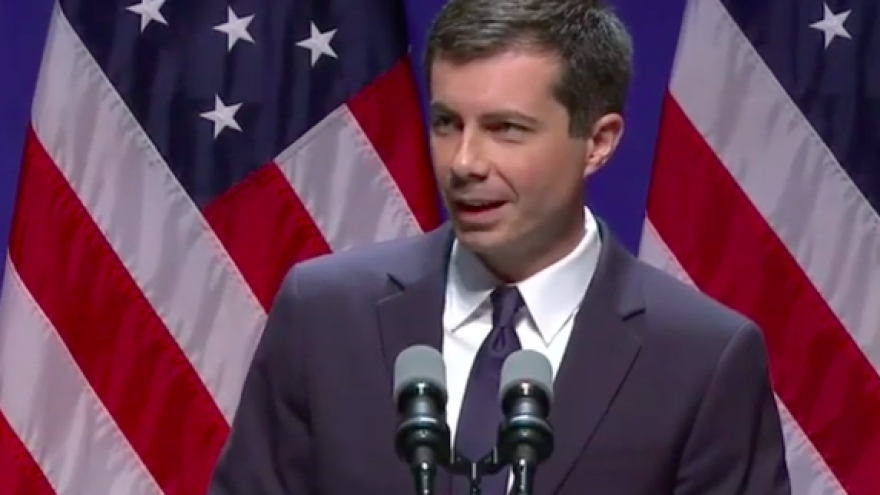 (June 11, 2019 / JNS) Pete Buttigieg, the mayor of South Bend, Ind., and candidate for the Democratic nomination for president in 2020, criticized U.S. President Donald Trump on Tuesday for withdrawing from the 2015 Iran deal in May 2018, saying that it was “close to a true ‘art of the deal,’ ” a reference to one of the president’s books.

“Preventing the spread of nuclear weapons should remain a core tenet of our global leadership,” said Buttigieg, 37, in a speech focused on foreign policy and national security at the University of Indiana in Bloomington. “For this reason, I will rejoin our international partners and recommit the U.S. to the Iran nuclear deal.”

“Whatever its imperfections, this was perhaps as close to a true ‘art of the deal’ as it gets,” he said. “As even this administration repeatedly certified it was preventing Iran from acquiring nuclear weapons. It has helped constrain the military threat that Iran poses to Israel and Europe without leading up down a path to another Middle Eastern war. This agreement was concluded not to do Iran a favor, but because it is in our national security interest, just as a parallel policy of confronting Iran’s support for terrorism and abysmal human rights record reflects our values and security interests.”

“If Prime Minister Netanyahu makes good on his threat to annex West Bank settlements, he should know that a President Buttigieg would take steps to ensure that American taxpayers won’t help foot the bill,” he declared.

Regarding the U.S.-Israel relationship, the candidate said, “The closer an ally, the more important it is that we speak truth to them. The security and survival of the democratic state of Israel has been and continues to be an essential tenet of U.S. foreign policy and is very much in our national interest, which is why neither American nor Israeli leaders should play personal politics with the security of Israel and its neighbors.