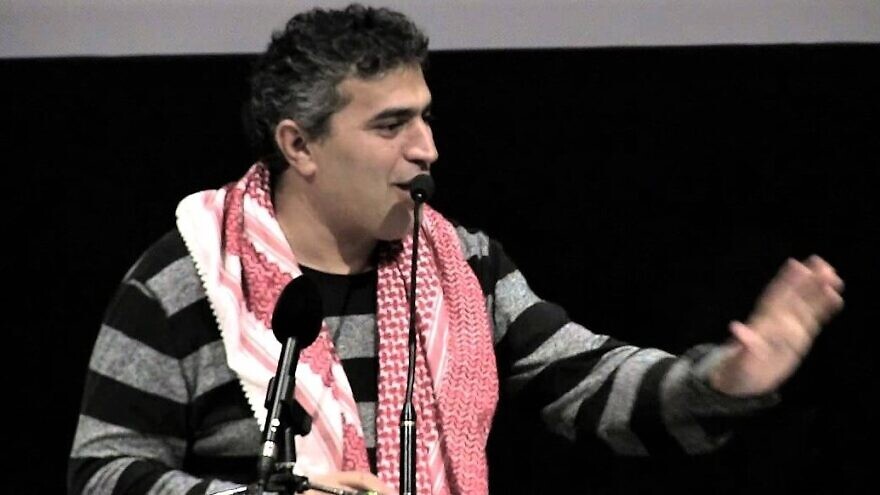 (May 20, 2022 / JNS) Canadian Jewish groups are calling for the government to take action after a National Post story last month highlighted the residency in Vancouver of a man the State of Israel says is a member of a terror group.

Terry Glavin wrote in an article titled “Is Khaled Barakat Part of a Terrorist Group or a Victim of Israeli Intimidation?” that “Barakat’s associates say he is a Palestinian rights activist and a freelance writer who is being victimized by an Israeli campaign to intimidate human-rights organizations.”

But Israel security, he said, has a different take on the 51-year-old who has been living in Canada on and off for some 20 years.

Glavin wrote “ … the Israeli security service Shin Bet has been unequivocal. Barakat is an active and senior member of the Popular Front for the Liberation of Palestine, a listed terrorist organization in North America, the European Union, Japan and Australia.”

According to Michael Mostyn, CEO of B’nai Brith Canada, “Khaled Barakat’s ongoing presence raises serious questions about the efficacy of Canada’s immigration and anti-terrorism laws. Now that the issue has been made public, we fully expect that he will be removed from the country.

“The continued presence of a high-ranking PFLP figure in Canada is unconscionable, and casts serious doubts on both its efforts to combat anti-Semitism and its national security apparatus more generally,” continued Mostyn, whose group has been advocating for the Canadian government to take action on Barakat since they first learned about his past two years ago.

A 2019 report from Israel’s Ministry of Strategic Affairs and Public Diplomacy, “Terrorists in Suits: The Ties Between NGOs Promoting BDS and Terrorist Organizations,” describes Barakat as a “central committee member of the PFLP and the solidarity campaign coordinator for the release of PFLP general secretary Ahmad Sa’adat, one of the planners of the assassination of Israeli Tourism Minister Rehavam Ze’evi.”

The report goes on to say that while Barakat is listed on the website of Samidoun: Palestinian Prisoner Solidarity Network, which the Israeli Ministry of Defense calls a terrorist organization, and in English news outlets as a “Palestinian writer and activist,” in Arabic outlets “he is directly associated with the PFLP Central Committee.”

Barakat’s wife, Charlotte Kates, is a leader of Samidoun.

In a video posted by MEMRI, the Middle East Media Research Institute, Barakat told the protesters at a rally in Vancouver last May that Israel will be free from the “river to the sea,” and then, in Arabic, he led the crowd in yelling, “The gate of Al-Aqsa is made of iron. … It can only be opened by martyrs.” The rally was held during Israel’s conflict with Hamas in the Gaza Strip, which launched more than 4,000 rockets towards Israeli population centers in the course of 11 days.

‘An unacceptable rise in anti-Semitic incidents’

Shimon Fogel, president and chief executive officer of the Centre for Israel and Jewish Affairs (CIJA), believes that “the links between the PFLP, a listed terrorist entity in Canada, and Samidoun are clear. We are deeply troubled that the founder and leader of Samidoun, Khaled Barakat, and his wife Charlotte Kates are able to lead Samidoun from Canada with apparent impunity.

“In recent weeks, Barakat participated in an interview with the Iranian regime’s Press TV, where he unambiguously signaled that violence and ‘armed resistance’ are legitimate tactics,” continued Fogel, noting that Barakat also “called for Canada’s terrorist entity list to be “scrapped.”

“These are but a few examples that should be of great concern for Canadians,” said the CIJA head, adding that Barakat’s “latest endeavor, known as the Palestinian Revolutionary Path Movement, is so extreme that it outright rejects the Palestinian Authority and calls for a reinstatement of violent clauses that were removed from the Palestinian National Charter during the Oslo Accords. Barakat and Samidoun host events in Canada promoting this ideology.”

A spokesperson for the Friends of Simon Wiesenthal Center also expressed concern that Barakat “remains in Canada with free rein to participate in rallies and meetings … .”

For its part, the government of Canadian Prime Minister Justin Trudeau says it is committed to combating anti-Semitism.

“Let’s be clear, anti-Semitism and hate in any form, have no place in Canada,” said Audrey Champoux, press secretary for the Office of the Minister of Public Safety, in a statement to JNS. “Jewish communities across the country have seen an unacceptable rise in anti-Semitic incidents in recent years, and we stand with them.”

She continued, saying “our government has been steadfast in our commitments to fight anti-Semitism at every turn—most significantly, [through the] Public Safety Canada’s Security Infrastructure Program (SIP), which helps Jewish institutions enhance their security infrastructure. Funding for SIP has been increased by eight times since forming our government, and we remain committed to working with stakeholders to ensure everyone feels safe in the place of worship and communities. We will always continue our work to support and protect Canada’s Jewish communities.”

They did not specifically address Barakat in their responses to questions.

At a meeting of the Canadian Parliament earlier this month following the report, Sen. Leo Housakos also raised the issue of Barakat’s residency. He challenged the government’s official representative to the Senate, Sen. Marc Gold, on why a man known to be part of a recognized terrorist group is allowed to stay in the country.

Still, Gold praised Canada for its “robust system” for dealing with those who seek to enter the country.

He noted that he cannot comment on specific cases, but that everyone who may be subject to removal is “entitled” to an appeals process, which can be lengthy, adding that “Canadians should remain satisfied that this government takes allegations of this kind and situations of this kind most seriously.”