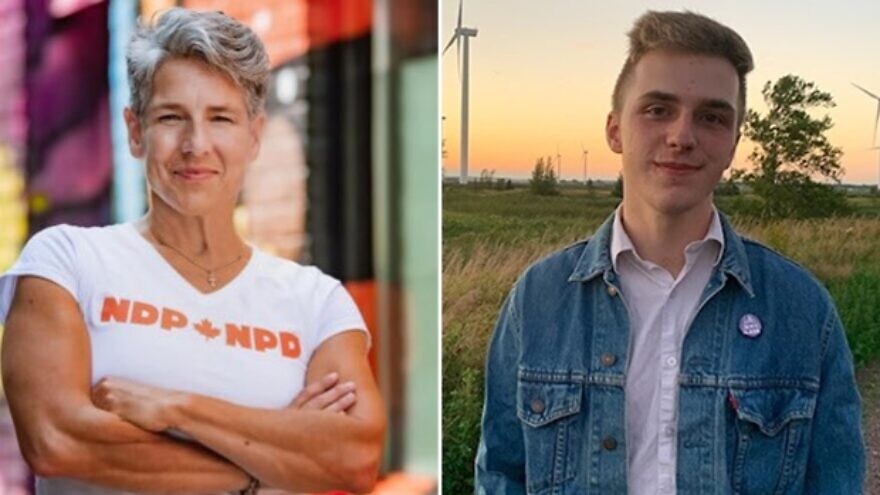 (September 17, 2021 / JNS) Two candidates in Canada’s parliamentary elections have withdrawn from the race after troubling Twitter posts came to light that raised concerns about anti-Semitism.

Sidney Coles of Toronto and Dan Osborne of Nova Scotia, members of the New Democratic Party, announced their resignations on Wednesday, though their names remain on the ballot since early voting is already underway. The development comes amid an increasingly hostile environment for Jews in Canada and after several candidates from the Liberal Democrats Party had their campaign posters defaced with swastikas.

Jaime Kirzner-Roberts, director of policy at Friends of Simon Wiesenthal Center, said “we are relieved the candidates have stepped down and committed to participating in anti-Semitism education. Amid rising Jew-hatred in this country, political parties and leaders must send a message, loud and clear, that anti-Semitism will not be tolerated in any shape or form.”

In Twitter posts from earlier this year, Coles, who was running in a heavily Jewish district, accused Israel of stealing COVID-19 vaccine doses from the United States.

On Jan. 29, in response to a post by someone asking what happened to “millions of vaccines in America that are currently unaccounted for” Coles tweeted, “Uh you think Israel might be able to help you solve that mystery.” And, on Feb. 1, in response to further discussion on “missing vaccines,” Coles tweeted, “They went to Israel. I keep saying this.”

“I’m getting calls from people who already voted for Cole and are appalled,” Kirzner-Roberts told JNS. “The reaction to the revelation has been enormous and unequivocal.”

As for Osborne, the FSWC found a 2019 tweet from him in which he asked “@Oprah, Was Auschwitz a real place?” According to local media reports, Osborne claimed that he didn’t recall the Tweet and said it was written when he was 16.

Kirzner-Roberts believes that Osborne’s tweet is indicative of a wider concern about Holocaust education in Canadian schools as the question of what to teach is handled on a provincial, not national, level.

Either way, she said, the overall problem lies with the political parties themselves.

“Obviously, the problem here is that the party did not do their due diligence in vetting the candidates,” she told JNS. “I realize it’s a huge task because for social media, it means going through all their [online history], especially when an election is called out of the blue and you need to find candidates.”

Kirzner-Roberts said “I hope this experience has been a wake-up call for all the parties about the need to do a thorough vetting, and I hope this is a lesson that Canadians do not want anti-Semitism in politics.”