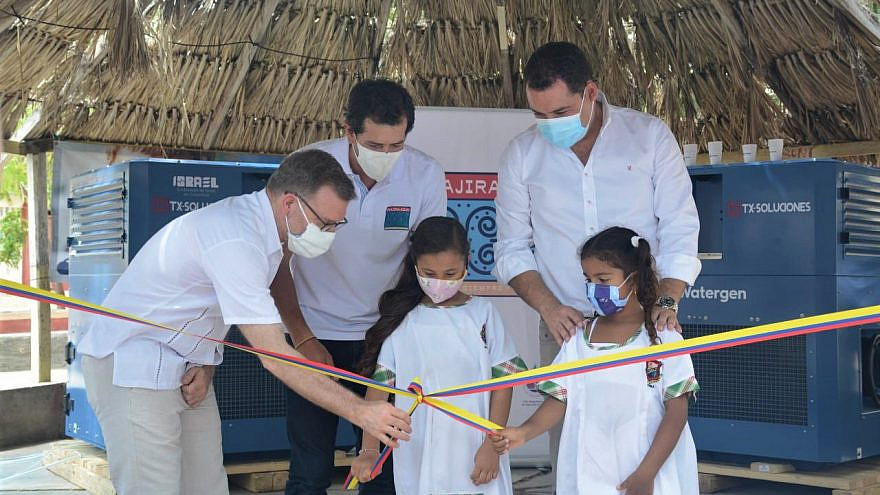 (March 15, 2021 / JNS) Two devices that extract drinking water from the air were donated by Israel to schools in rural Colombia and installed last week in La Guajira, in the northeastern part of the country, which for years has been suffering from a disastrous water crisis.

The donation marks a significant contribution to Colombian President Iván Duque’s “Guajira Azul” program, which includes initiatives that will bring fresh clean drinking water and basic sanitation to the area, and is part of a larger social initiative for the peninsula administered by Colombia’s Housing Ministry.

For centuries, the indigenous Wayuu population adapted by planting crops amenable to the region’s ecosystem. Seasonal rains have a large significance for the Wayuu, but over the past decade, they have become less frequent due to climate change. In recent years, prolonged droughts and rising temperatures have disrupted their long-standing planting practices and left the land with the largest amount of desertification in the country.

Governor of La Guajira Nemesio Roys expressed his amazement at the technology. “We have a long history of drilling into the earth, which we believed was the most efficient way to bring water to La Guajira,” he said. “But thanks to Israeli technology, we have learned of a new method and can use the air around us to provide fresh drinking water, a greatly needed resource here.”

Christian Cantor, Israel’s Ambassador to Colombia, acknowledged that it was gratifying to deliver the AWGs to La Guajira since he has firsthand knowledge of the region’s need for clean drinking water. “We hope to continue sharing our knowledge, experience and technology with Colombia, and promote the benefits of the Free Trade Agreement between the two countries,” he said. “We will work hand-in-hand with President Duque on the Guajira Azul project to bring well-being to the Wayuu community.”

Invented and produced by Watergen, the global leader in water-from air solutions, the devices will provide up to 800 liters of fresh drinking water from air daily to 1,500 Wayuu students of San Antonio Armasain’s Indigenous School, as well as to neighboring schools in the town of Manaure. Children will stop drinking brackish water and begin to consume fresh, clean drinking water produced from the air.

Watergen’s solutions, which have already been distributed in other areas of Colombia, are convenient, mobile and sustainable, and do not require any water infrastructure or plastic waste. The company’s solutions are also portable; as such, they are able to supply fresh and clean drinking water to entire populations.

“We are proud to take part in this initiative, one that will save lives and improve safety, health and welfare in the region,” said Dr. Michael Mirilashvili, Watergen’s president and CEO. “In doing so, we continue to fulfill our mission of guaranteeing drinking water security for all.” 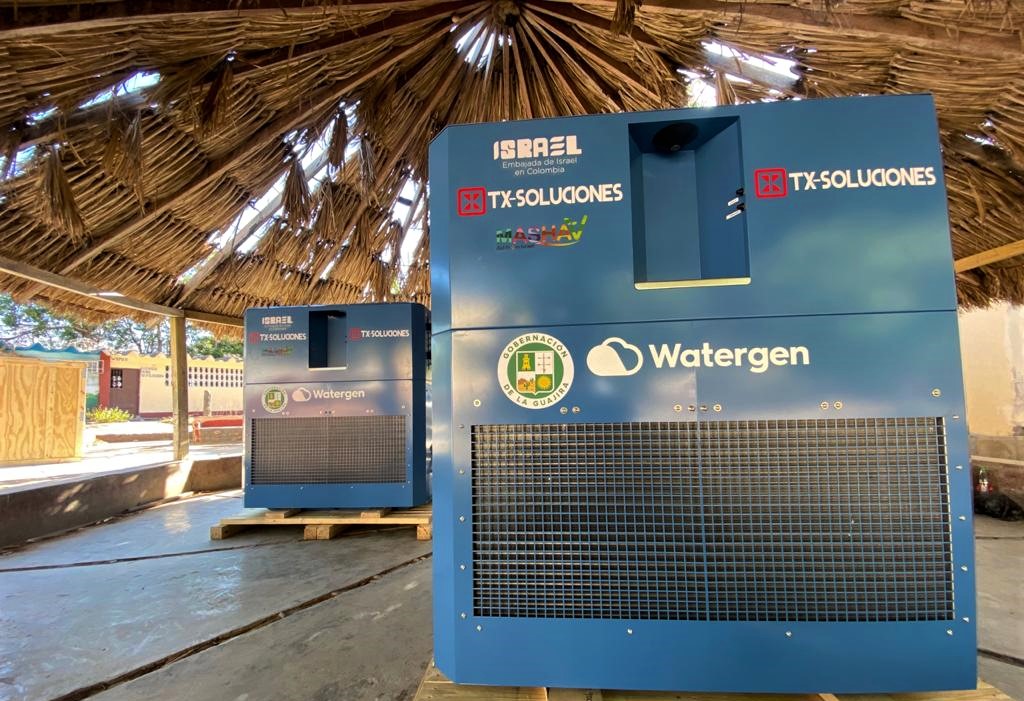 The Israeli Watergen system in La Guajira, March 2021. Credit: Courtesy.
Republish this article in your newspaper or website