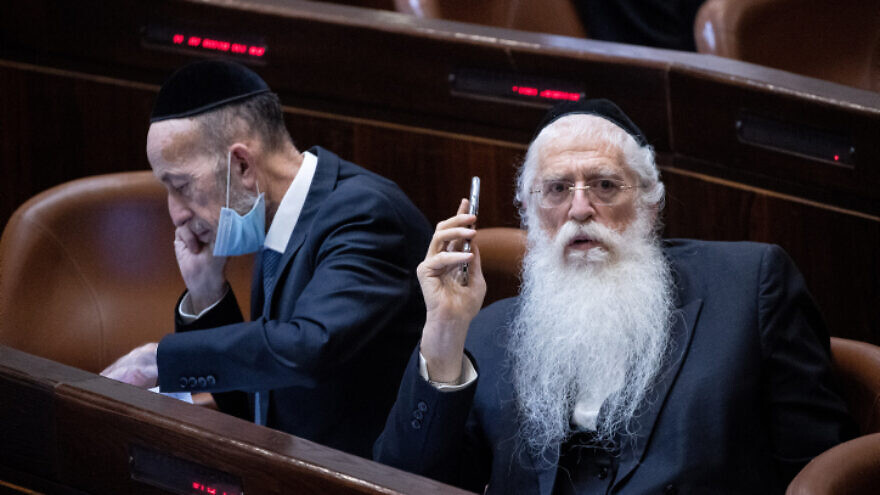 “The destruction and devastation of the Chief Rabbinate and Jewish religion that ‘Religious Destruction Minister’ Matan Kahana leads is unprecedented. The conversion system is the very soul of the Jewish people and harming it would lead to vast assimilation,” said Shas Knesset member Yoav Ben-Tzur.

Yakov Margi, also from Shas, concurred. “They’ve learned nothing from the Reform movement and how it destroyed a large part of the Jewish people. Due to mass assimilation, since the terrible Holocaust we have not grown numerically,” he said. “We have lost no fewer Jews to assimilation than to the Holocaust.”

United Torah Judaism Knesset member Uri Maklev called Kahana’s bill “a gift to the gentiles” and a show of disrespect “to the Jewish nation.”

“They despise and uproot everything,” said Maklev in a statement.

As part of the proposed legislation, municipal rabbis will be able to establish conversion courts to allow them to act to convert tens of thousands of Israelis who are of Jewish descent but are not Jewish according to halacha (Jewish law).

The bill, which Kahana plans to bring to a vote in the coming weeks, was reached in close coordination with prominent rabbinical elders from the religious Zionist community.

Labor MK Gilad Kariv, who is also a Reform rabbi, welcomed “the end of the conversion monopoly in Israel.”

He stressed that “the condition for any further legislation in this matter is that it would not harm the recognized status of non-Orthodox converts. The proposed outline deals with conversion procedures that take place within the framework of the Orthodox rabbinical establishment alone. Given the Chief Rabbinate’s strict policy on this matter in recent decades, it is doubtful whether its continued control over the conversion institutions will allow for a real breakthrough.”