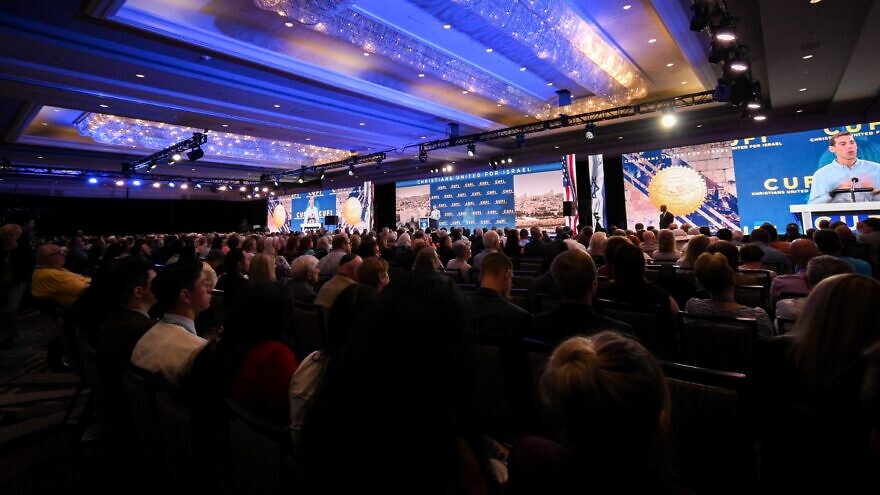 Christians United for Israel (CUFI), which bills itself as the world’s largest pro-Israel organization, held its annual summit in and around Washington early this week, culminating with its congressional lobbying day. CUFI’s co-executive director Shari Dollinger told JNS, though, that the real labor starts when everyone departs D.C.

“Really, for us, the work begins when folks go home. And while it’s important that they’re face-to-face with their senators and their members of Congress, it is what happens between summits that’s important. It is the 50 events that we do every single month in churches across America to educate Christians about why and how to support Israel. It is the work that we do on college campuses, the work that we do with the millennial generation and through social media. We tell Israel’s story 365 days a year,” said Dollinger. 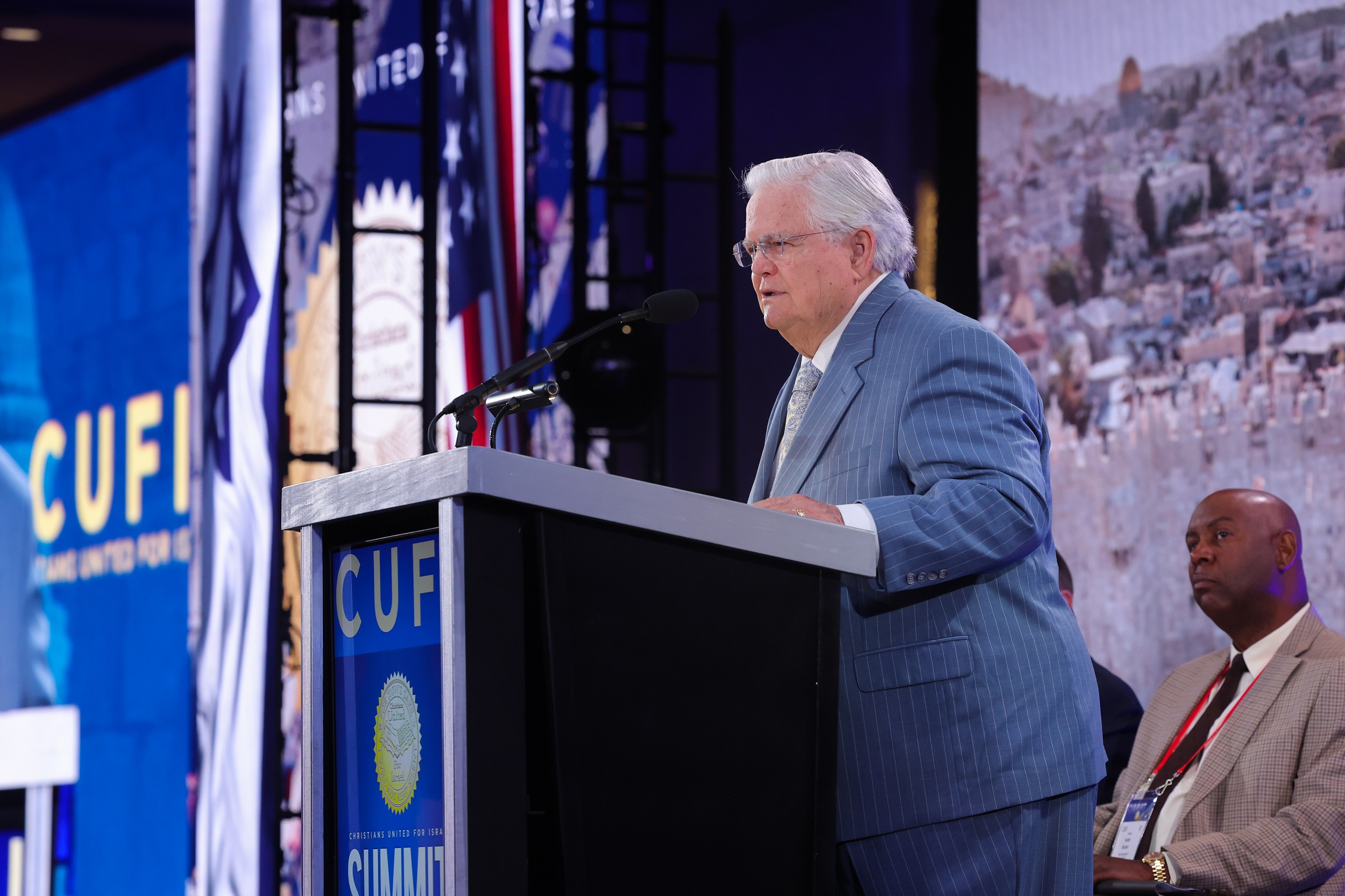 The first is the DEFEND (Deterring Enemy Forces and Enabling National Defenses) Act, a bipartisan, bicameral bill that calls for the development of a strategy for the Abraham Accords and other countries to combat Iranian aggression threatening peace and security in the Middle East. The primary objective is to develop and implement an integrated air- and missile-defense architecture.

Secondly is the annual appropriations bill, which provides $3.3 billion in defense aid to Israel as outlined in the 2016 Memorandum of Understanding (MOU) between the two countries. Sandra Hagee Parker, chairwoman of the CUFI Action Fund, said it’s imperative that Israel receives the funding without conditions or delays.

The third bill is called the COI Elimination Act, which seeks to cut funding for what pro-Israel supporters say is a patently biased United Nations-sponsored investigation of any and all actions taken by Israel since its founding. The controversially Commission of Inquiry (COI), created by the U.N. Human Rights Council (UNHCR) in the aftermath of last May’s Israel-Hamas conflict, is unprecedented in its scope and unique in its mandate, which never expires.

“The fact that Israel is now the subject of a commission of inquiry because Israel dared to defend itself after being pummeled with more than 4,000 rockets [by Hamas in the Gaza Strip] is laughable and tragic. It’s hilarious that on the one hand, we’re trying to allocate funds for Israel to defend itself, but on the other, we’re going to use our taxpayer dollars to fund a COI through the UNHCR. It’s a little bit of a dichotomy,” Parker told JNS.

The bill in question, which has bipartisan support, would cut all U.S. funding for the UNHCR until the COI is ended.

While Congress is largely united in its support of Israel—save for the noisy extremes—that hasn’t kept Israel from being used as a political football at times. This was fully on display during the fight for $1 billion in supplemental funding to replenish Israel’s Iron Dome missile-defense system following last May’s 11-day conflict with Hamas. The funding was only passed by the Senate this March after months of political gamesmanship.

“Our people know that with Israel, funding delayed can look like funding denied. Israel needs to be able to count on its friends,” said Dollinger. “Iron Dome is a shield; it’s not even a weapon. It’s just there to save lives. So that should be a no-brainer,” she added, noting that CUFI has a track record of working across party lines and through multiple administrations.

Parker concurred about the need to avoid politicizing Israel, saying, “let’s not get funny with the money. Let’s do what we can to be a good ally. The Middle East has changed and Israel has plenty of allies now, thank G-d. Let’s make sure that America does what’s required to remain its best friend.” 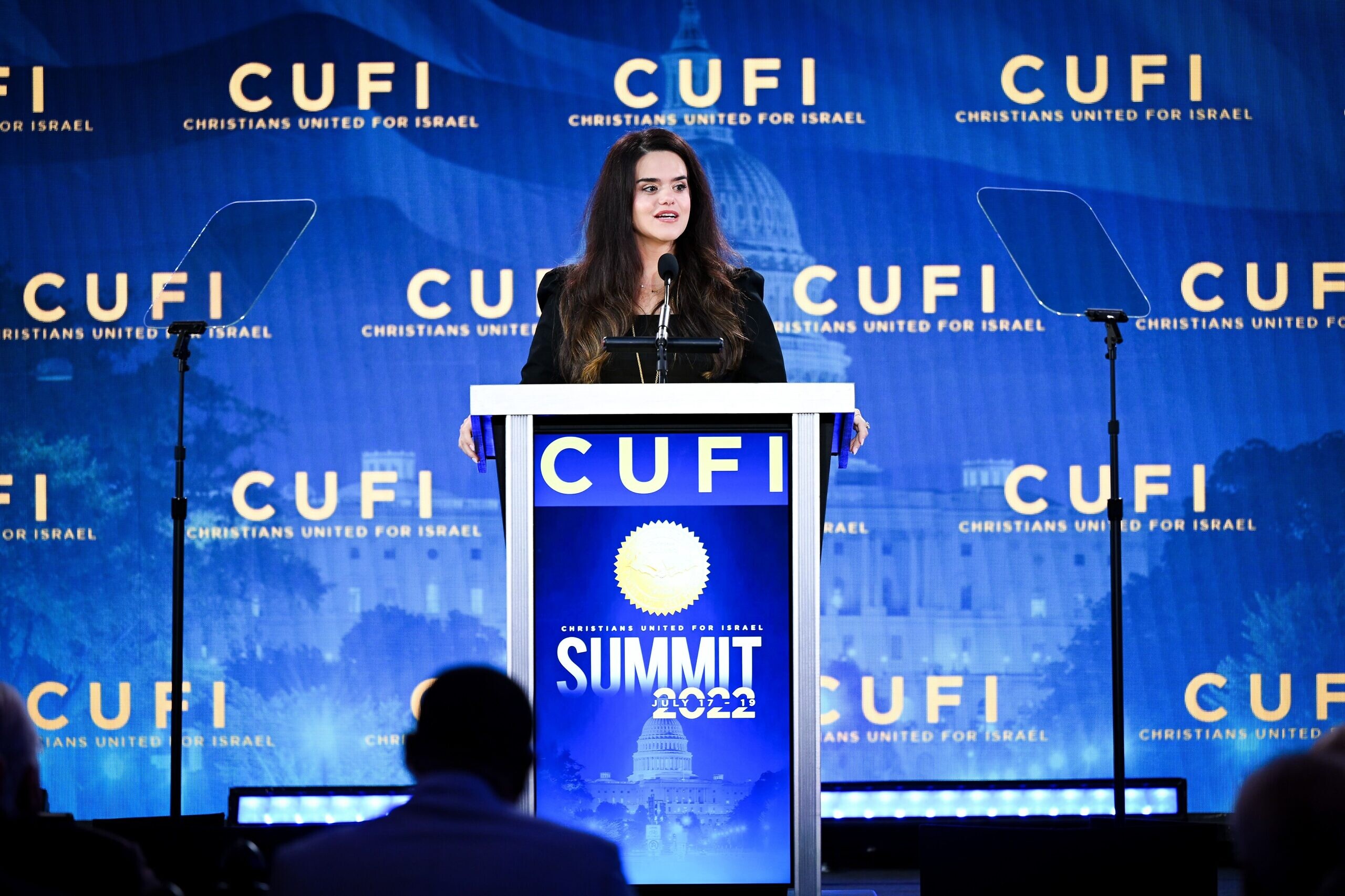 “[Zayani] said something to me that resonated shamefully. He was talking about their synagogue in Bahrain and noticed on his last visit that they had no security. The head of security said there’s no need, as there’s no threat. He asked why to place a security guard out in front and make people think that they aren’t free and safe to worship?” said Parker.

“Just a few Sabbaths ago, every single synagogue in my native San Antonio was shut down because of a credible threat of terror,” she noted. “The Bahrain synagogue is safer than the synagogues in San Antonio. I think everybody has opened a new door in terms of seeing what the Abraham Accords have brought.”

Other legislative planning action by CUFI in Congress includes dealing with Iran and the potential of a new nuclear pact between Washington and Tehran.

At the state level, work moves forward on anti-Israel boycott laws, Holocaust education and increasing the number of states adopting the International Holocaust Remembrance Alliance’s (IHRA) working definition of anti-Semitism, which has increased from seven to 27 in the last year, according to Parker.

As she described, “we have a focus on legislative session by legislative session in each state, with a network of over 300 liaisons that just stay plugged in all year long in their states, their centers of influence, and they really help us carry these initiatives through at the local level. We stay very focused.”