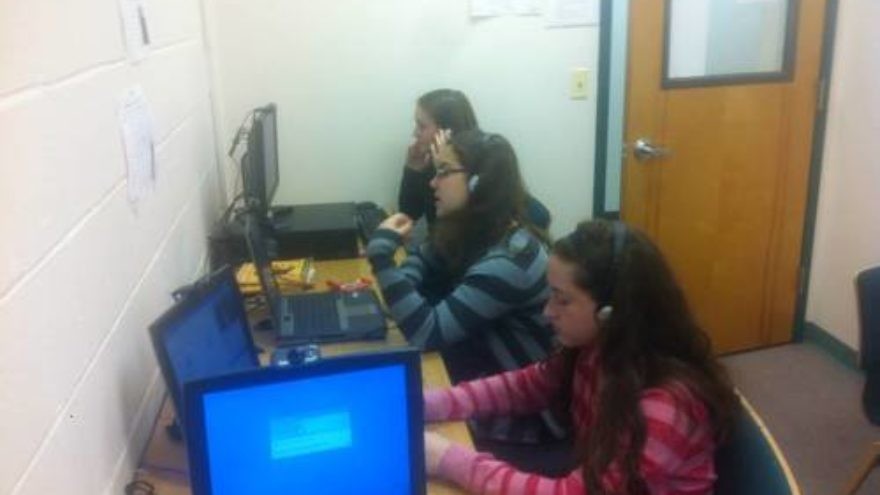 (August 3, 2015 / JNS) As technology continues to permeate traditional classroom environments, more than 25 Jewish day schools are taking part in a new era of learning fostered by Bonim B’Yachad (translated from Hebrew as “building together”), an Israel-based online learning initiative founded three years ago.

Led by CEO Aryeh Eisenberg and headquartered in Modi’in, Bonim B’Yachad offers Jewish schools an à la carte menu of academic courses that enable them to fill the specific needs of their students.

“Every student has a different way of learning, every school has a different grading system, protocols,” Eisenberg tells JNS.org. “We create courses in all academic subjects a Jewish day school could need—Judaic, secular, foreign languages, Advanced Placement—and then we fit into the existing program or culture of the school.”

The participating students take the online courses with real teachers in real time, often in the same format in which they would have taken a class in their actual brick-and-mortar school. The Bonim B’Yachad teachers, though situated 6,000 miles away in the Holy Land, can take part in back-to-school nights and are available to meet with the Jewish schools’ teachers and parents.

Ofra Hiltzik, upper school principal of the Schechter School of Long Island in Williston Park, N.Y., tells JNS.org that she believes online or blended learning is the future for small Jewish day schools like her own. With a high school of around 130 students, Hiltzik says she used Bonim B’Yachad to offer a much-coveted computer science course for which she had previously failed to find a teacher due to the lack of a budget and difficult scheduling.

“We were happy throughout the entire [Bonim B’Yachad] process,” says Hiltzik. “It was absolutely glorious.”

Now, Hiltzik says, Schechter’s school leader feels strongly that all students should get engaged in at least one online course before they finish high school.

“We think it will help in college,” she says.

Eisenberg says that most schools use Bonim B’Yachad for one of three things: creating additional sections of exiting classes, increasing their academic catalog, or addressing scheduling challenges.

“Sometimes it is impossible to hire part-time teachers for a class that meets 1-4 p.m. one day of the week at 10 a.m. another day. This [online learning track] could be the only alternative,” he says.

Schools pay for Bonim B’Yachad courses by the month and only pay for what they use, up to $5,000 per course per year. Since there are periods, such as the High Holidays, when schools meet less often, they pay less for the program during those times. All of the teachers are certified instructors with teaching degrees or experts in their fields. With the exception of the Hebrew-language teachers, staffers are generally American immigrants to Israel.

“One of the biggest challenges is to take Jewish day school teachers and allow them to continue the connection to the world they are familiar with when they come to Israel,” says Eisenberg. “Usually they have to switch careers. Now, even if they have a different day job, they still have a connection to what they love to do.”

Leslie Smith-Rosen, upper school principal of The Adelson School in Las Vegas, used Bonim B’Yachad to offer an accelerated calculus course to one student who was outpacing the others in the class. She says, “It went really, really well and I am impressed by the service. If I were to need it again, I would definitely do it again.”

While Smith-Rosen prefers the traditional classroom to the Web, the Internet option “is better than nothing,” she tells JNS.org.

“An actual teacher in a classroom cannot be replaced, but sometimes we cannot do that, so this is a good alternative and definitely worth it,” she says. “I think I would recommend [an online learning] service in general and I would recommend Bonim B’Yachad in particular.”

Eisenberg wants parents and educators “to see that the possibilities really are there.”

“The tools to make every student successful do exist,” he says. “By combining amazing educational practices and educators, we have been able to help countless students. No school out there is perfect. A program like Bonim B’Yachad can help make sure every student’s needs are met and [their] abilities are realized.”