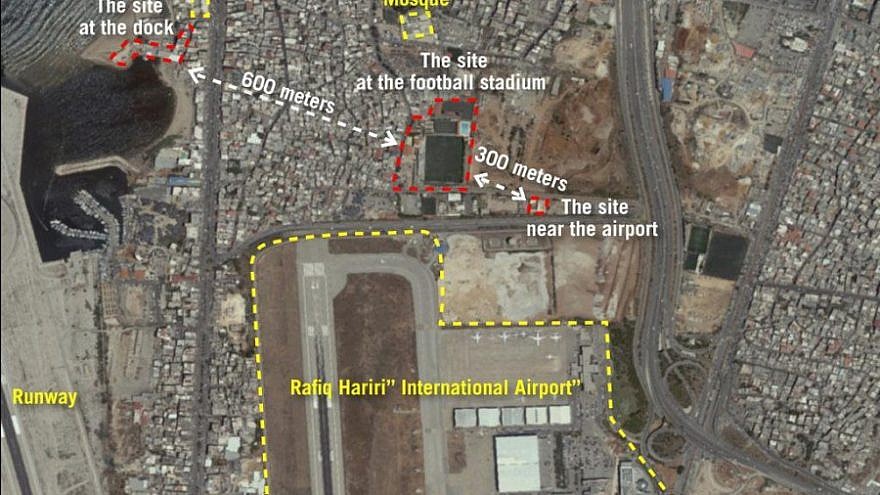 (February 25, 2021 / Israel Hayom) “If Hezbollah crosses a quantitative or qualitative threshold for precision weapons, we will have to act against it. This is a serious decision, but one from which we cannot run away,” said Lt. Col. Eran Niv, head of the Israel Defense Forces’ Warfare Methods and Innovation Division.

“Beyond Iran’s nuclear program, this is the greatest threat to Israel today. This is the event, with a capital ‘T.’ It is the focus of situational assessments. It is the scenario in training exercises. Everything is geared in that direction, but so is the response. In the meantime, we are trying to act in other creative ways, which won’t allow [Hezbollah] to get there,” said Niv.

Military Intelligence Directorate (MID) chief Maj. Gen. Tamir Hayman recently said that Hezbollah presently has “a few dozen” precision-guided rockets and missiles. Israeli officials are troubled by Hezbollah’s efforts to acquire a much larger arsenal of such weapons, which will capable in the next year of hitting high-quality targets, such as air force bases, infrastructure facilities and government buildings.

In recent years, the IDF has invested a great deal of energy and resources in preventing Hezbollah from acquiring precision rockets and missiles. A considerable number of the airstrikes in Syria, attributed to Israel, were aimed at stopping precision weapons from being smuggled into Lebanon. In their efforts to overcome Israel’s campaign, Iran and Hezbollah transitioned from smuggling rockets and missiles to smuggling guidance systems. These systems include a small computer, GPS and wing-tip devices to help steer the projectile, followed by a relatively easy process of converting and upgrading regular rockets and missiles.

Israel has never launched a war to prevent certain weapons from falling into the hands of enemy countries and terrorist organizations (except for nuclear weapons). Senior Israeli officials, however, believe the government must set clear red lines pertaining to Hezbollah’s precision-weapons project, as it is a conventional threat with the potential to reach unprecedented proportions. The officials stipulated an amount of 500-1,000 precision projectiles, in the hands of Hezbollah, as the maximum threshold necessitating Israeli action.

“We must examine and designate the right timing for taking action against the precision-weapon project, in the understanding that it can trigger a broad conflagration,” said former MID chief Maj. Gen. (res.) Amos Yadlin, who is currently head of the Institute for National Security Studies. “Hundreds of precision missiles in the hands of the Iranian axis, particularly Hezbollah, which can cause comprehensive civilian damage in Israel and paralyze vital systems, is a strategic threat that can’t be allowed to develop.”

Yadlin believes that if Hezbollah accelerates its armament efforts, Israel will have to consider a preventative strike to negate the threat. According to other defense officials, Israel mustn’t initiate such a strike, as doing so would assuredly spark a war. They believe Israel should consider “exploiting the opportunity” of a limited escalation on the northern border to target Hezbollah’s precision capabilities.