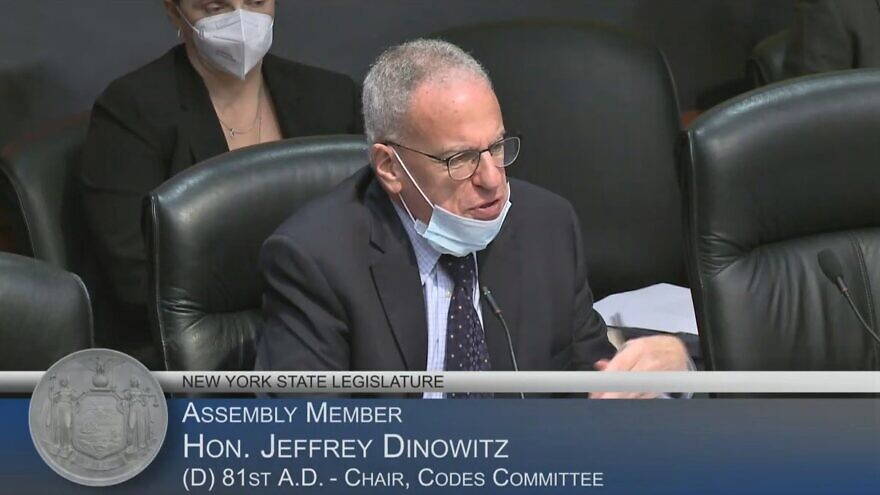 “We’re sorry—no anti-Semitism was intended, and we took this down when folks expressed concerns it could be taken the wrong way,” No IDC NY wrote on Twitter on Sunday.

In 2018, No IDC NY advocated against former members of the Independent Democratic Conference (IDC), who partnered with Republicans to maintain majority control of the Senate, according to its website. The group declared success when Democrats won the majority in the Senate, and most members of the IDC lost in the primaries.

In the  tweet that was uploaded on Saturday, No IDC NY wrote: “The jerk buying a House seat with inherited money is ‘Goldman’ … the IDC-adjacent Assembly member is ‘DINOwitz.’ Who came up with these names, Dickens?”

Bronx Rep. Ritchie Torres (D-N.Y.) criticized the tweet, with its references to the age-old trope linking Jews to power and money, as “dripping with anti-Semitism,” saying “the normalization of anti-Semitism is a sign of how poisonous our politics has become.”

Bronx-born Dinowitz, who represents District 81 in the Bronx, released a statement on Twitter in response to the offensive message by the Democratic group. He said, “I’ve been the target of anti-Semitic attacks from both the far-right and the far-left. This tweet from an extremist, anonymous account selectively singles out two Jewish politicians and is disgusting. It’s a classic display of anti-Semitism and should be condemned.”

No IDC NY said on Sunday that the Twitter post “was a joke about the names that certainly would have been better not made, e.g. DINO stands for Dem in name only, and was not supposed to be riffing off their Jewishness; we do not tolerate anti-Semitism.”

The group added that it has since suspended the social-media account manager who posted the anti-Semitic tweet.