Erdan’s letter comes after U.N. Secretary-General António Guterres submitted his quarterly report on the implementation of U.N. Resolution 1701, which was passed in the wake of the Second Lebanon War in 2006. The report states that Hezbollah’s military buildup violates that resolution and calls upon the government of Lebanon to take all actions necessary to ensure the disarmament of all armed groups.

“Hezbollah uses human shields to protect its arsenal of more than 130,000 rockets and military infrastructure. It systematically deprives UNIFIL of its ability to discharge its mandate by restricting the organization’s freedom of movement in an effort to hide its activity,” Erdan said in his letter.

“The Security Council must immediately declare Hezbollah a terrorist organization and prevent it from receiving any direct or indirect assistance,” he continued. 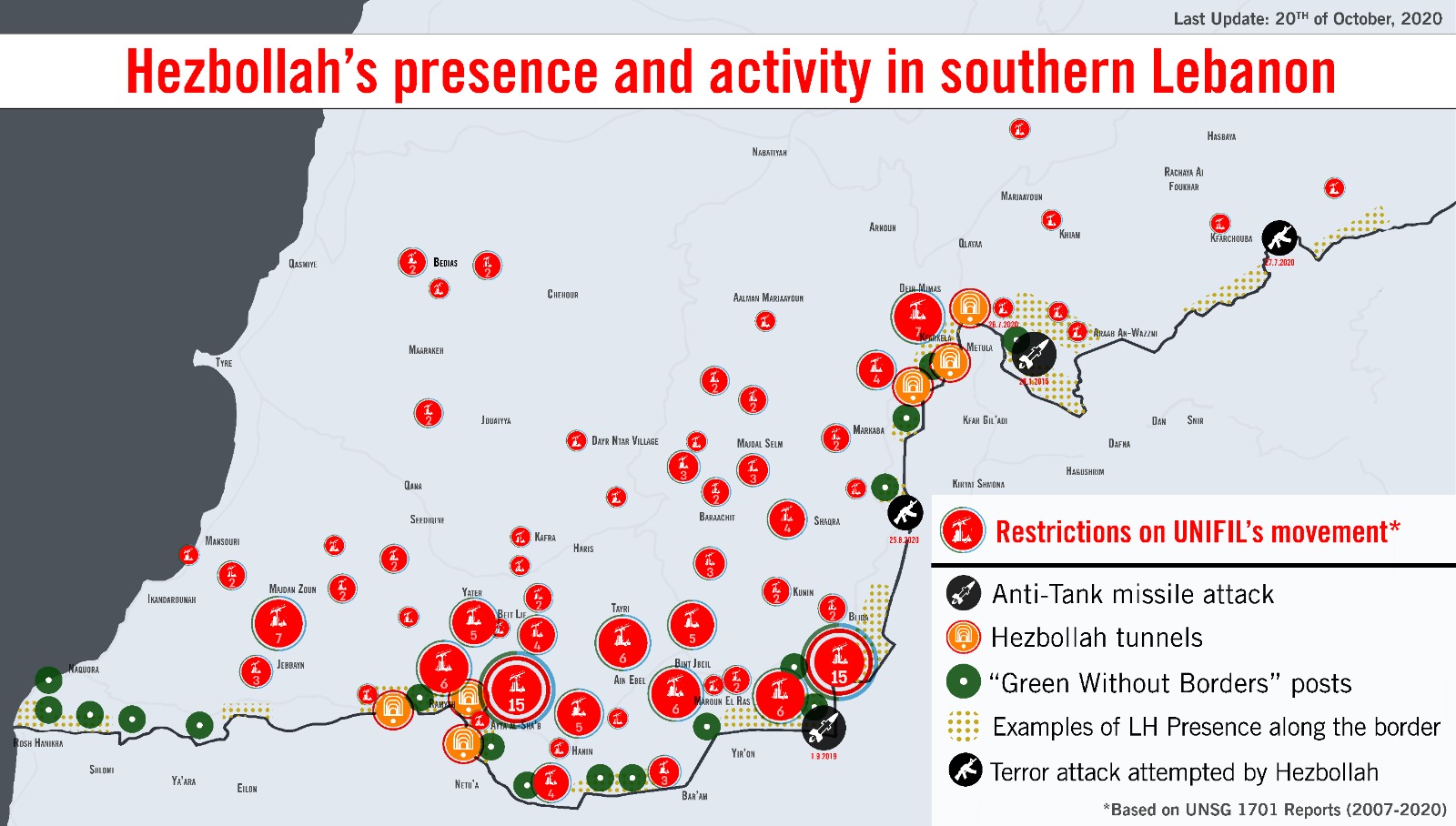 A map by the Israel Defense Forces highlighting areas of southern Lebanon that Hezbollah operates from. Credit: Permanent Mission of Israel to the U.N.

Erdan also provided council members with a special map prepared by the Israel Defense Forces that marks the areas where Hezbollah terrorist tunnels were recently discovered, sites from which attacks against Israel originated and observation posts of “Green without Borders,” an NGO that is a front for Hezbollah established to operate near the border and collect intelligence on IDF soldiers.

In his report to council members, Guterres calls on the Lebanese government to allow full access for UNIFIL to all areas in southern Lebanon, as well as the ability to investigate Hezbollah tunnels that were exposed two years ago.

In August, he called on the Lebanese government to disarm Hezbollah.