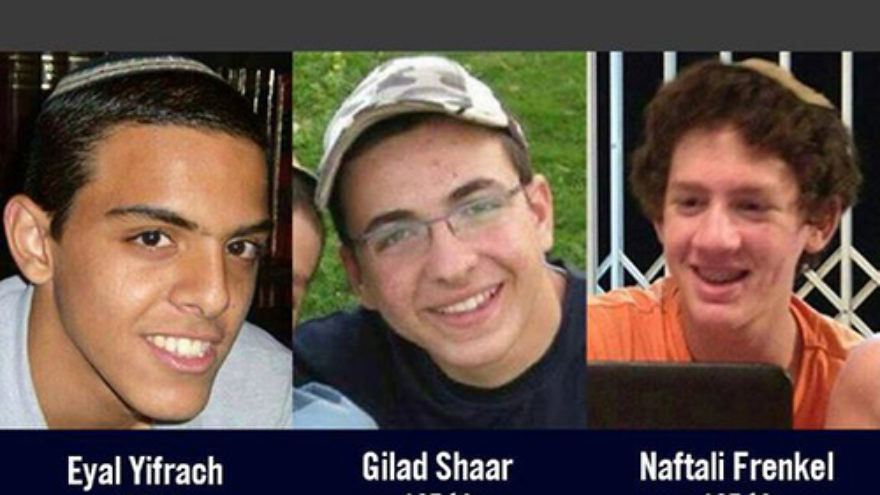 (March 8, 2021 / Israel Hayom) The families of Naftali Frenkel, Gilad Shaar and Eyal Yifrach—the three Israeli teenagers whose abduction and murder at the hands of Hamas terrorists sparked “Operation Protective Edge” in July 2014—released a letter to the public on Monday expressing grave reservations over the International Criminal Court’s recent decision to investigate Israel for alleged war crimes in Judea and Samaria and Gaza.

The families slammed the ruling—issued on June 13, 2020, reinforced last week and pertaining to the period beginning and after June 13, 2014—as “evil cynicism.”

“Had [ICC chief prosecutor] Fatou Bensouda truly and honestly wanted to investigate war crimes and crimes against humanity, she would have ordered an investigation into the greatest crime that was perpetrated a day earlier, on June 12, 2014, when our three children were abducted—three Jewish boys who wanted to return home safe and sound,” the letter read.

“Israel Defense Forces soldiers turned every stone and risked their lives to find our children healthy and whole and bring them home until they found their bodies. Had we met the chief prosecutor face to face as parent to parent, we would have told her about our feelings that day, how in the blink of an eye our lives changed forever—on that day that she, as the prosecutor, decided to erase from the investigation,” continued the letter.

“We would ask her—how can you ignore justice for us, for the soldiers who defended our people against aggression from our enemies? The miserable decision to launch an investigation certainly won’t bring back Gilad, Eyal and Naftali, but more than that: It pours salt on the wounds we all share, on the aching heart that cries out against the gross injustice toward the truth.

“Such a decision was made in sin and will inevitably end in sin. Such a decision can only glorify the despicable terrorists who murdered our sons and encourage the next murder. The very decision to investigate the IDF, only beginning the day after our children’s murder no less, is already enough to determine what the nature of the sentence,” concluded the families.