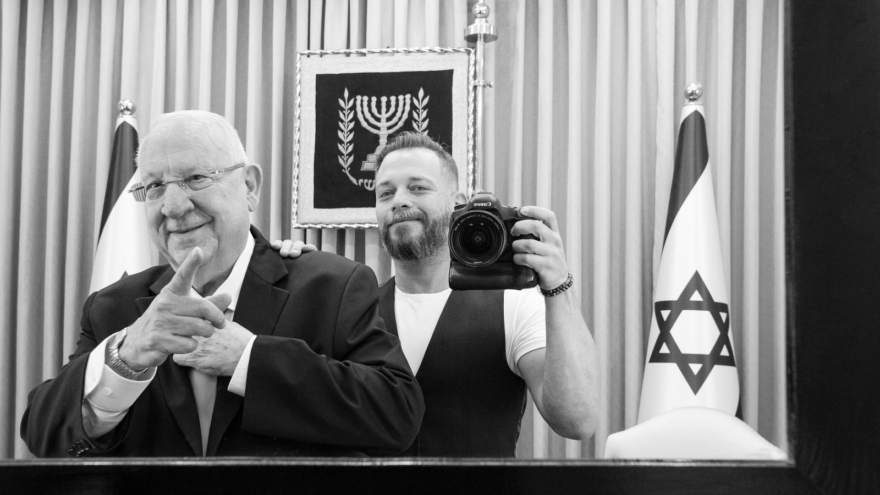 (November 18, 2022 / JNS) Sixty of Israel’s leading politicians, entrepreneurs and social activists teamed up with injured Israeli combat veterans and for a special photographic exhibition, opening Thursday night in New York City. The project features participation from Israeli political and military leaders, including Prime Minister-designate Benjamin Netanyahu and IDF Chief of Staff Aviv Kochavi, as well as Netflix’s “Fauda” stars Rona-Lee Shimon and Tsahi Halevi. All are pictured with combat veterans, in an effort to raise awareness and recognition of a longstanding problem in Israel: post-traumatic stress disorder amongst the country’s wounded warriors.

“In the U.S., there is a culture that really respects the soldier. When they meet a soldier, what do they say? ‘Thank you for service.’ We don’t have that mentality, and I think it is because everybody has been in the service and what happened is Israel is a country that was built on the price of trauma,” Ofer Yannay, founder of the exhibition, philanthropist and the chairman of Nofar Energy, told JNS.

The goal of the exhibition at The Gallery in Soho is to enable the international Jewish community and Israelis living in New York to explore the complexity of living with PTSD from an artistic perspective. The exhibition will also raise awareness about this issue with an American audience, after being displayed twice in Tel Aviv.

PTSD-stricken IDF veteran Itzik Saidyan, frustrated about the lack of attention given to injured soldiers, set himself on fire in April 2021 outside the Israeli Defense Ministry offices that provide services to wounded veterans, causing life-threatening burns over most of his body. Analysts marked the act as a pivotal moment in the battle to recognize and normalize the long-term treatment of PTSD and combat injuries.

Yannay said that Israel, heavily populated by Holocaust survivors and in a perpetual state of war for much of its existence, couldn’t afford to focus on its wounded while fighting for its survival. Now that it is a healthier, stronger and wealthier country, he said it’s time to focus on helping its troubled veterans to heal, and to be seen.

Coupled with the exhibition, a social organization called SOS ISRAEL hosted a separate event on Thursday aiming to institutionalize new rules and procedures, as well as to pass laws to support combat veterans with PTSD, both in their personal and professional journeys. SOS (Supporting Our Soldiers) helps form partnerships with businesspeople from Israel and around the world to raise awareness about the issues surrounding veterans who suffer from PTSD and assist those veterans by securing employment with Israeli firms. Yaarit Shoshan, founder of SOS, is the driving force behind the exhibition.

Lior Nir, a 40-year-old photographer and father of two, served as a combat medic in the “Nahal” Brigade from 2000-2003, and was injured several times, including in the Second Lebanon War. The exhibit pictures him together with former Israeli President Reuven Rivlin.

“Yesterday I went into the New York streets with my camera and I saw this very colorful guy, and I asked him if I could take a photo. Afterward, he asked me what I do here. And I told him about this exhibition. I told him about myself. I told him about my PTSD. I told him about everything,” Nir told JNS. “As I was about to leave, he shook my hand and he told me a sentence that I never heard- not in Israel, not anywhere. This strange person who doesn’t know me at all told me, ‘Thank you for your service.’ It happens here in the U.S., and it can happen in Israel, as well.”

Among the other Israeli public figures participating in the exhibition are former Prime Minister Naftali Bennett, former IDF Chief of Staff Gabi Ashkenazi and Ziv Shilon, an Israeli entrepreneur and social activist who served as an officer in the IDF and lost his left hand in war.