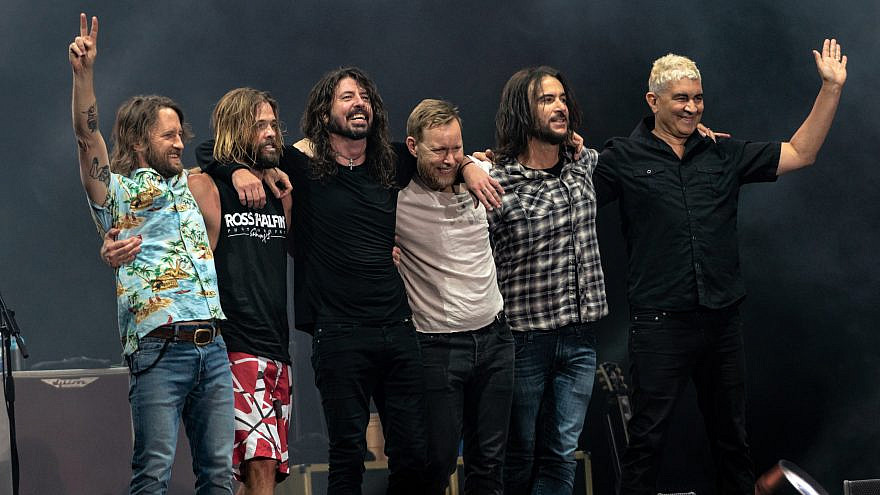 In the video introduction, the band’s founder Dave Grohl said, “This year instead of doing a Christmas song, Greg (Kurstin) and I decided to celebrate Hanukkah by recording eight songs by eight famous Jewish artists and releasing one song a night for eight nights.”

As they mentioned in the video, Kurstin is Jewish, Grohl is not.

The band took a bit more fun with the written description of their project, utilizing Yiddishism to get their point across. “With all the mishigas of 2020, Greg and I were kibbitzing about how we could make Hanukkah extra-special this year. … So hold on to your tuchuses because we’ve got something special coming for your shayna punims. L’chaim!”

However people heard about it, it was making the rounds of social media, and fans seem thrilled.

As one man wrote on Twitter: “This is awesome. My 7- and 10-year-old boys absolutely love you guys, and this is totally gonna make their day. Thanks for taking the time to do it.”

The first music clip is expected to be released on Thursday night on social media, including on the band’s YouTube channel.