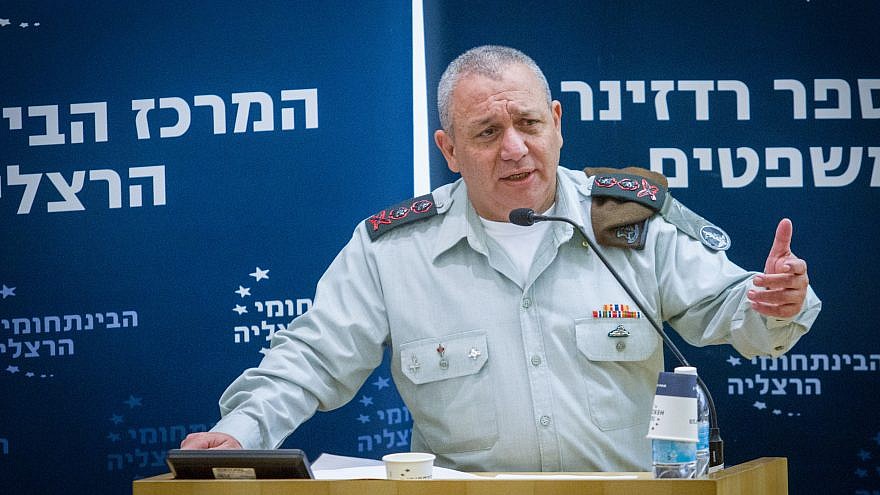 IDF Chief of Staff Gadi Eizenkot at a conference at the Interdisciplinary Center in Herzliya on Jan. 2, 2018. Photo by Flash90.
Spread the word.
Help JNS grow!
Share now:

(December 30, 2020 / Israel Hayom) Former Israel Defense Forces Chief of Staff Gadi Eizenkot announced on Wednesday that he has decided not to enter politics at this time.

Eizenkot was a much sought-after candidate by parties ranging from Gideon Sa’ar’s New Hope to Yair Lapid’s Yesh Atid.

Sa’ar had been putting heavy pressure on Eizenkot to run on his new list, but the former chief of staff was also being courted by Yamina leader Naftali Bennett, the Israelis Party head Ron Huldai and Telem leader Moshe Ya’alon.

In an interview with Israel Hayom defense analyst Yoav Limor in May, Eizenkot hinted at his intention to enter the political arena, saying he wanted to “return and have an influence.”

Eizenkot told the paper that after spending some time in his “comfort zone,” he wanted to return to the public sphere, noting that he had served as defense secretary to two prime ministers, Ehud Barak and Ariel Sharon.

“I saw from up close that influence is a form of leadership and a way to get things done in the system,” he said.