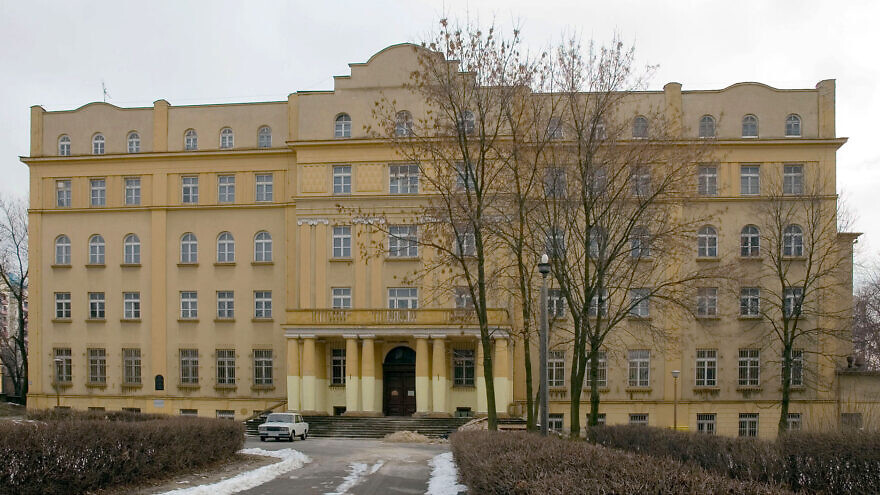 (March 9, 2022 / JNS) A yeshivah in Poland that was once the largest in the world has been converted into a refugee camp for Ukrainian Jews fleeing their home county as Russia’s war continues.

Chachmei Lublin Yeshiva operated in Lublin, Poland, from 1930 to 1939.

It now holds roughly 190 beds for Ukrainian Jewish refugees, American Jewish Joint Distribution Committee director in Poland Karina Sokolowska said on Monday, as reported by The Jerusalem Post. She said that “some are regular hotel rooms, but we also have large halls in the building where we put many mattresses on the floor.”

The JDC has an additional 500 beds across Poland in temporary refugee camps and is working closely with the Jewish community in Warsaw and Poland’s Chief Rabbi Michael Schudrich to help Ukrainian Jewish refugees as much as possible.

“Sometimes, we cannot give them a place to stay immediately,” said Sokolowska. “Sometimes, they are told to be picked up in another four hours from the border.”

She added that almost everyone she knows in the Jewish community in Warsaw is housing a Ukrainian family to help with the shortage of available hotel rooms.

“Until 12 days ago, my job was to promote Jewish education and culture in Poland,” said Sokolowska. “But now, I am dealing with a whole different world. I never thought I would need to run a huge operation for Jewish refugees—definitely not in Poland.”

JDC also has two storage centers in Poland where it keeps food, clothes, shoes and other items to aid Ukrainian Jews.