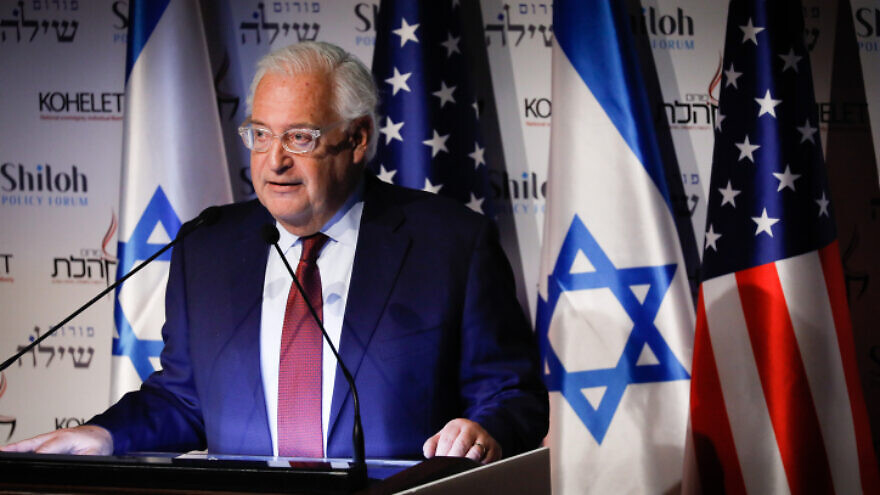 (September 23, 2020 / Israel Hayom) A day after Reuters reported on an emerging deal between the United States and the United Arab Emirates over the sale of the advanced F-35 fighter jets, U.S. Ambassador to Israel David Friedman reassured Israelis that the country’s Qualitative Military Edge (QME) was not at risk.

In a pre-recorded interview aired on Wednesday as part of The Jerusalem Post’s Annual Conference, Friedman said that the F-35, which gives Israel air supremacy in the region, would not be phased into service in the Gulf country anytime soon.

According to unconfirmed reports in the U.S. and Israeli media, the peace agreement signed last week between the UAE and Israel was made possible after the Trump administration said it would sell F-35 aircraft to the country, potentially offsetting Israel’s decades-old military edge over all Arab air forces.

On Tuesday, Reuters reported that an initial deal between Washington and Abu Dhabi was to be signed in early December, although the implementation would likely take at least four years and that the aircraft could be given a different radar system that would ensure Israeli superiority. It is unclear if a deal is indeed being drafted, as there has been no official confirmation.

In Wednesday’s interview, Friedman was asked if such a deal could have an adverse effect on Israel’s QME. Friedman replied: “QME is a matter of law, not a matter of policy. It has been U.S. law since 2008, and U.S. policy a lot longer than that. Israel has dealt with the QME behind the scenes professionally and successfully for more than a decade, it is going to continue to work this way.”