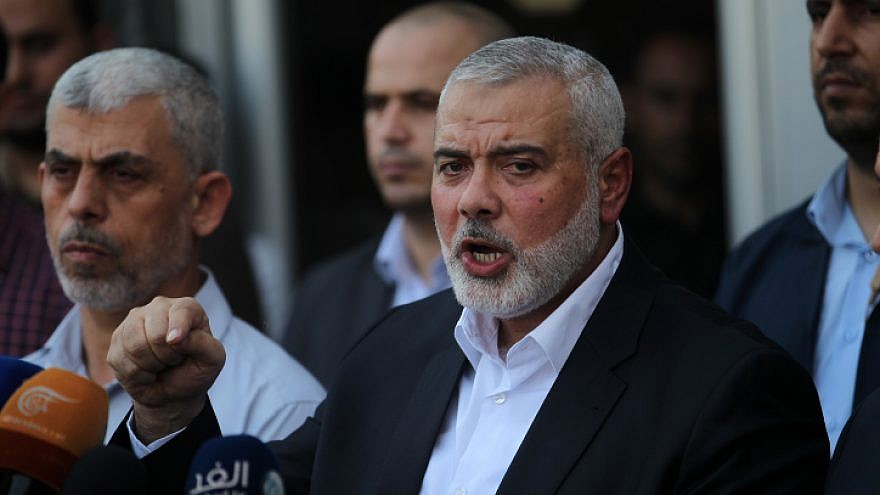 (December 8, 2019 / JNS) Hamas leader Ismail Haniyeh arrived in Turkey on Sunday as part of the first leg of a foreign tour, the terrorist group announced according to a report in the Turkish Anadolu Agency.

Islamist Turkish President Recep Tayyip Erodğan and his regime promote a similar Muslim Brotherhood-rooted ideology to that espoused by Hamas. Turkey has allied itself Qatar and other Islamist-supporting actors throughout the region.

A Palestinian source told Anadolu Agency on Saturday that Haniyeh had received permission from Egypt for the tour on his recent visit to Cairo. Palestinians in Gaza use Cairo International Airport to travel abroad.

This is the first foreign visit by Haniyeh beyond Egypt since he became the head of Hamas in 2017.

Before leaving for Turkey, Haniyeh was in Egypt for talks,  including negotiations over a ceasefire with Israel, the report said.