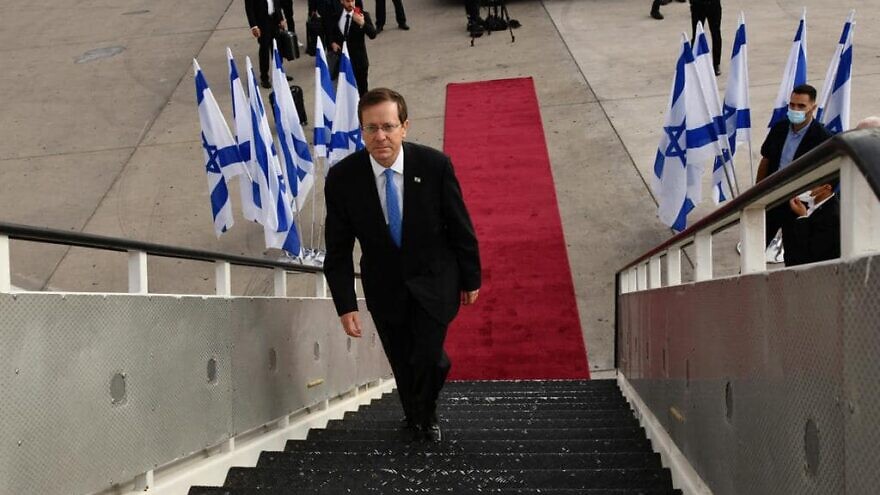 Herzog departed on Wednesday for Brussels, where he will meet with European Commission President Ursula von der Leyen and King Philippe. He will also visit the Athénée Ganenou Jewish school and the Great Synagogue of Europe, and speak with members of the Jewish community.

On Thursday, Herzog will deliver the main address in the European Parliament at a special session marking International Holocaust Remembrance Day that will be attended by lawmakers and Shoah survivors.

International Holocaust Remembrance Day is marked annually on Jan. 27, the anniversary of the liberation of the Nazi death camp Auschwitz-Birkenau.

Herzog will then meet with NATO Secretary-General Jens Stoltenberg and representatives of the alliance whom he will brief on Israel’s strategic situation.

“This is an important and exceptional visit to the institutions of the European Union. Belgium is a close friend of Israel and I am sure that my meetings with the king and government officials will act as a catalyst for many collaborations with it,” Herzog said in a statement.

“Israel’s relationship with the nations of Europe and the institutions of the European Union have an impact on almost every area of our lives as a people and as a state—from the economy to security, academia, science, culture and so much more. My visit and meetings bring together the lessons of the past and a vision of a promising future of partnership between Israel and the nations of Europe,” he added.