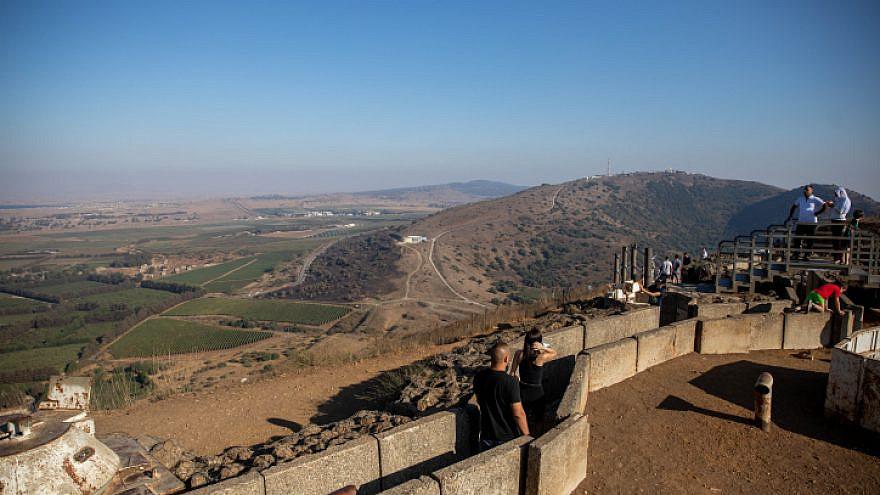 (September 19, 2022 / JNS) An Israel Defense Forces unit fired on a Syrian throwing suspicious objects along the border on the Golan Heights Monday.

The suspect, and three other men involved in the suspicious activity, was spotted by Observation soldiers from the 595 Battalion crossing the Alpha Line and violating Israeli sovereignty, the army said.

Soldiers from the 334 Battalion, led by battalion commander Lt. Col. Or Kessler, crossed the fence, surrounded the suspects and surprised them, before initiating an arrest protocol that ended with fire at the legs of one of the suspects.

“As a result, one of the suspects was injured and evacuated by a helicopter to a hospital for further medical treatment,” the military said, adding that an inspection of the area suggested that the suspects threw anti-personnel mines at the soldiers.