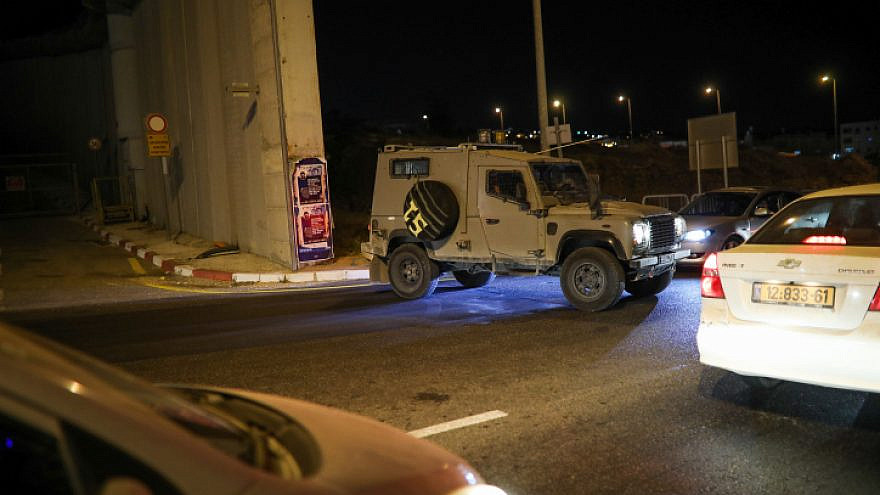 A traffic jam at Hizma Checkpoint near the scene of a suspected terror attack in the Palestinian village of Hizma, near Jerusalem, July 7, 2019. Photo by Hadas Parush/Flash90.
Spread the word.
Help JNS grow!
Share now:

(June 16, 2021 / JNS) Israeli forces thwarted a terror attack near the village of Hizma on Wednesday, opening fire on and neutralizing a Palestinian suspect who had attempted to ram a group of soldiers with her car, according to the Israeli military.

“A female terrorist arrived in a vehicle and attempted to run over soldiers securing engineering works near the village of Hizma. The terrorist then exited the vehicle with a knife drawn. The soldiers responded by opening fire at the terrorist, neutralizing her,” the military said in a statement.

The suspect was identified by Kan news as May Afana, 29, from Abu Dis, a Palestinian village bordering Jerusalem. She later died of her wounds, according to the report.

The incident follows a similar one on Saturday when an Israeli security guard shot and killed a female Palestinian after she drew a knife and charged security forces at the Qalandia checkpoint in Judea and Samaria.

The civilian guard called on the woman to halt several times, but she continued to advance. The guard then fired several rounds at the suspect, neutralizing her.