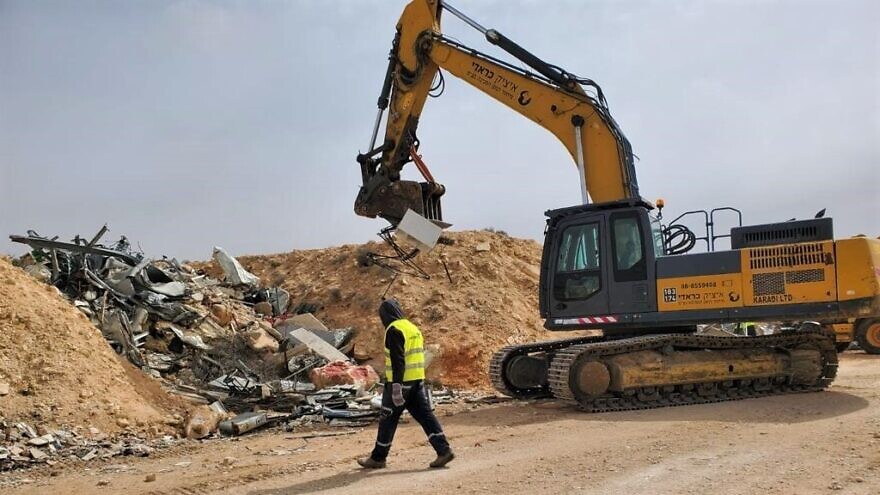 (July 18, 2022 / JNS) The Israel Defense Forces is usually focused on protecting the State of Israel against its enemies, but in recent months, it has increasingly been engaged in protecting the environment.

Lt. Col. Moteea Dagash, head of the Construction Branch in the Technology and Logistics Directorate, told JNS recently that the IDF has taken a decision to boost its involvement in environmental issues wherever it can.

This means taking measures to protect the environment at IDF bases, camps and other facilities, and adapting itself to trends in the civilian market, said Dagash. The IDF remains the largest organization in the State of Israel.

“Nationally, we are an inseparable part of environmental organizations’ activities,” he stated. “We set ourselves as a safeguard of the environment and to help maintain a good standard of life for soldiers. From this, we created a working plan that has many aspects.”

One example of this is the intensified IDF effort over the past year to deal with waste in new ways, both to clear it from IDF camps quickly and to recycle greater quantities of garbage.

This, said Dagash, is being done with greater cooperation from the civilian sector. Ridding IDF camps of waste quickly produces a better standard of service for IDF soldiers, enabling them to reside and train in a cleaner environment, he said.

The IDF has recently installed sensors in garbage containers, too. “This lets us conduct real-time tracking of the volume of existing waste. Instead of losing time and using personnel inefficiently by sending them to collect waste according to a set schedule, we operate now according to an accurate indication and send out collectors when the sensors indicate that the containers reached 90% capacity. This is a far more precise way of using personnel,” he explained. 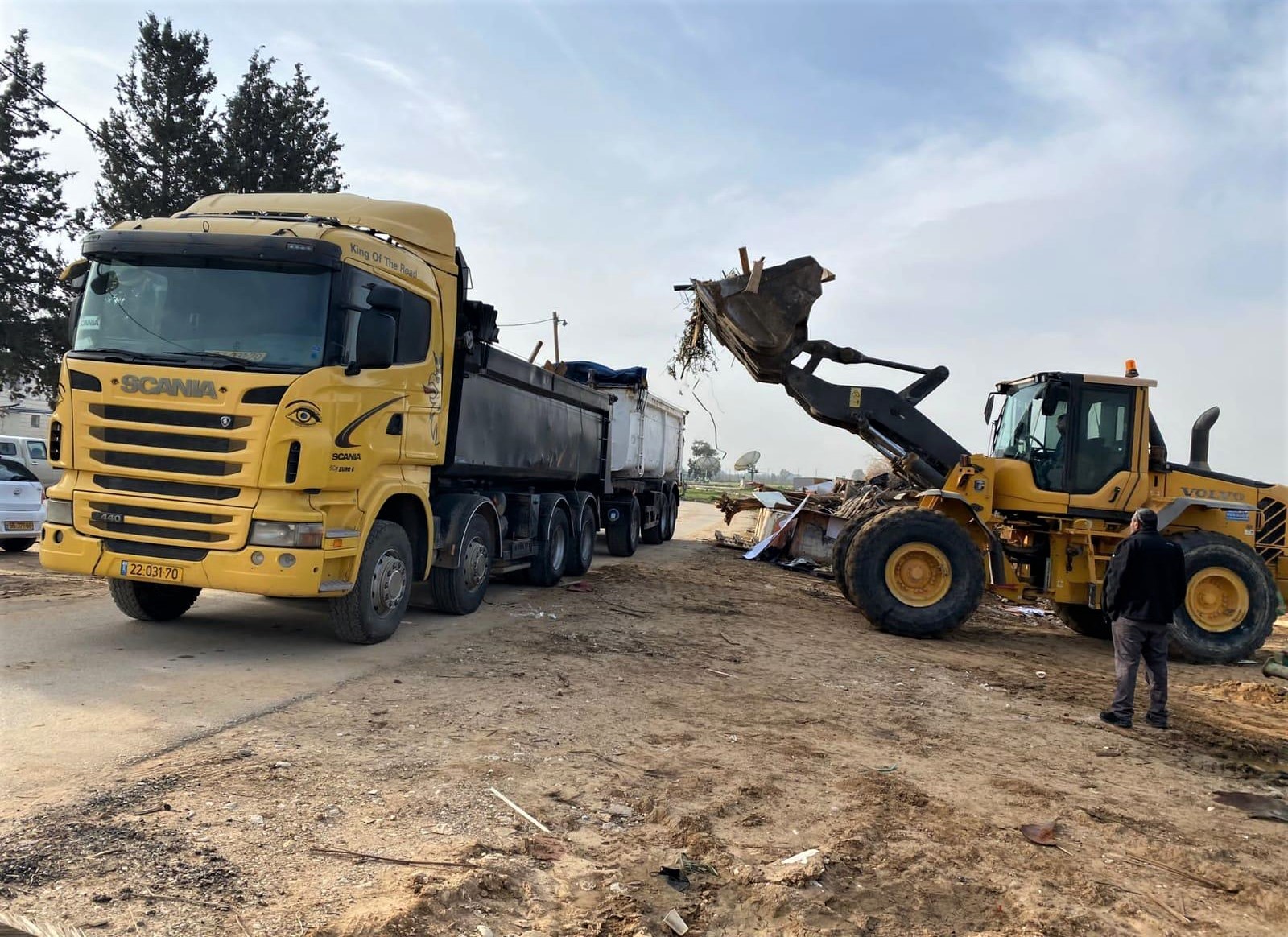 The IDF’s target is to recycle 70% of its waste. Cardboards are also heading for waste bins rather than landfills., July 2022. Credit: IDF Spokesperson’s Unit.

Meanwhile, recycling is increasing as time goes by, and the IDF has turned to professionals in the waste industry to chart new courses in this sector.

“What is recycled? Anything that we can, we recycle. This includes all metals, which we put aside for recycling. We want to reach a stage where the big percentage of our waste is recycled, and the minority goes to a landfill,” he said.

The IDF’s target is to recycle 70% of its waste, said Dagash. Cardboards are also heading for waste bins rather than landfills.

The Israeli military is also learning from the civilian world how to convert local waste into energy.

To that end, it has employed a civilian company to take its organic waste from IDF kitchens and convert it into biogas—defined as gaseous fuel, especially methane, produced by the fermentation of organic matter—it can then use for the kitchen’s heating needs and for powering dishwashers.

“We have decreased the use of disposable cutlery by 20%,” said Dagash. “This is a very positive trend.”

Dagash’s branch has selected representatives throughout the entire IDF to communicate and monitor decisions pertaining to environmental protection. The representatives are active “from the smallest to the largest military camp,” he said.

“We are cooperating with the Israel Energy Authority in the Energy Ministry, and, of course, with the Environmental Protection Ministry,” he added.

At the same time, the IDF is seeking to merge its existing gas stations and decrease those numbers in general, leaving only what is truly needed in order to play its part in decreasing pollution.

“We are mindful of the environment, and its effect on soldiers and civilians,” affirmed Dagash. “This area of activity will be dominant in our future discussions and activities.” 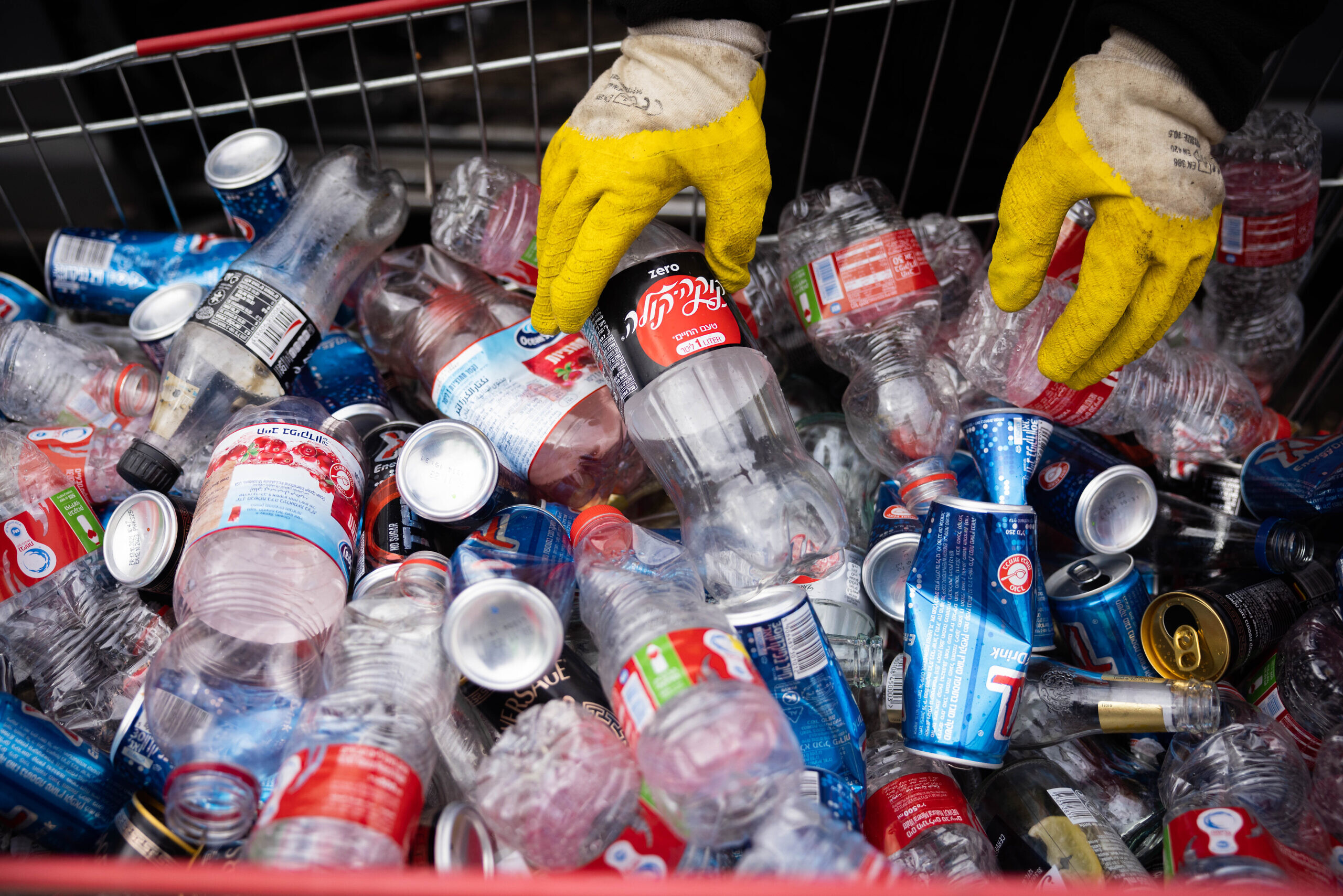 Sorting bottles for recycling in the Givat Shaul neighborhood of Jerusalem, Feb. 1, 2022. Photo by Nati Shohat/Flash90.
Republish this article in your newspaper or website