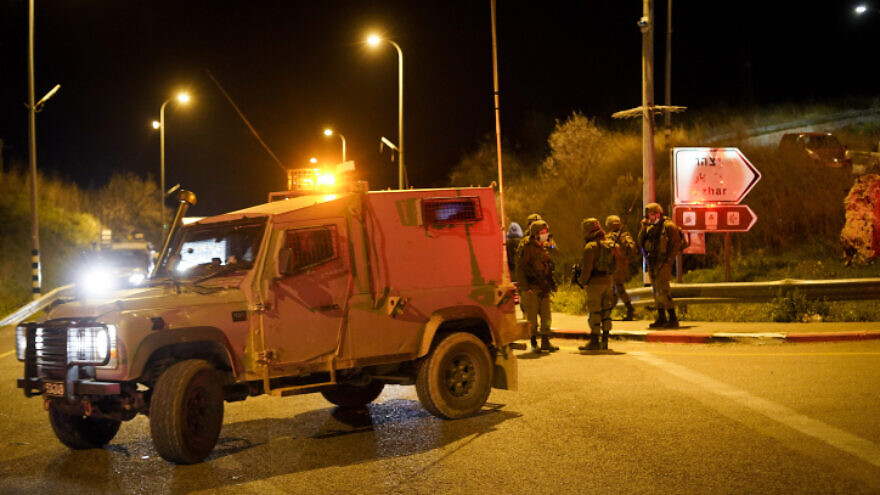 Israeli security forces at the scene where a car hit and killed a woman near the Jewish settlement of Yitzhar, in the Judea and Samaria, Feb. 9, 2021. Photo by Flash90.
Spread the word.
Help JNS grow!
Share now:

(August 10, 2021 / JNS) A Palestinian woman was shot in the leg while attempting to stab Israeli soldiers in Samaria, according to the Israel Defense Forces.

The woman, identified by Kan news as Firouz Albu, 23, of Abu Dis, drew a knife and attacked soldiers at the Yitzhar Junction, the IDF said in a statement.

“The soldiers initiated arrest procedures, which included firing at the terrorist’s lower extremities,” it read.

The suspect was treated at the scene before being transferred to the hospital, according to Kan.

There were no Israeli casualties reported.

There have been multiple terror attacks near the settlement of Yitzhar in the past year.

On July 14, a resident of the village of Madama near Nablus was shot in the ankle during an attack on Israeli forces near the town, and in May, two IDF soldiers were wounded in a shooting nearby. The troops returned fire, neutralizing the terrorist.