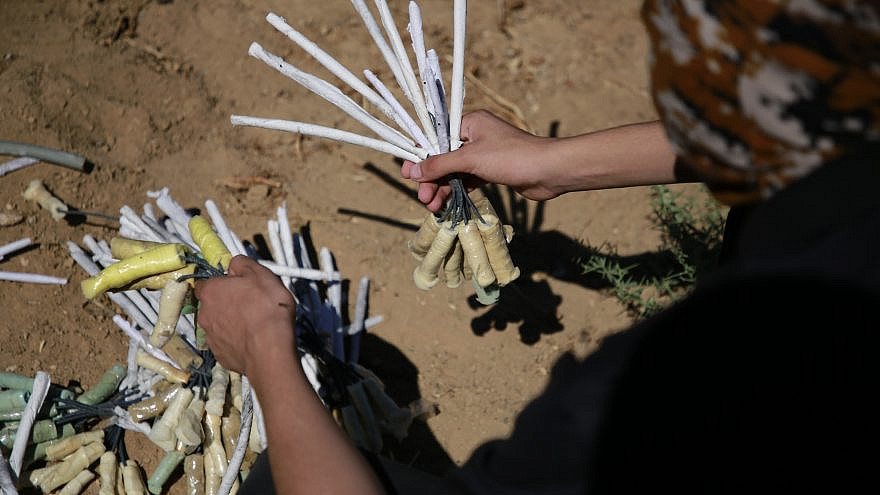 (June 15, 2021 / JNS) Just hours after a flag parade in Jerusalem’s Old City on Tuesday saw clashes between Jews and Arabs, marked by both injuries and arrests by police, the Israel Defense Forces said it had struck terrorist targets in the Gaza Strip early on Wednesday.

The airstrikes were also in response to a flurry of incendiary balloons launched by Hamas and Palestinian Islamic Jihad into southern Israel, causing a number of arson fires.

“A short while ago, warplanes raided military compounds belonging to Hamas, which were used as camps and meeting sites for terrorist operatives in Khan Yunis and Gaza districts,” the IDF posted on Twitter. “Terrorist activities have taken place inside the compounds.”

“The IDF is prepared for all scenarios, including renewed fighting, in the face of the continuation of terrorist acts emanating” from Gaza, the Israeli military said in a tweet.

It was the first resumption of attacks since a ceasefire was put into place on May 21 between Israel and Hamas after 11 previous days of fighting.

The strikes also came as a new government was sworn in on Sunday, replacing longtime Likud leader Benjamin Netanyahu with Prime Minister Naftali Bennett of the Yamin Party.