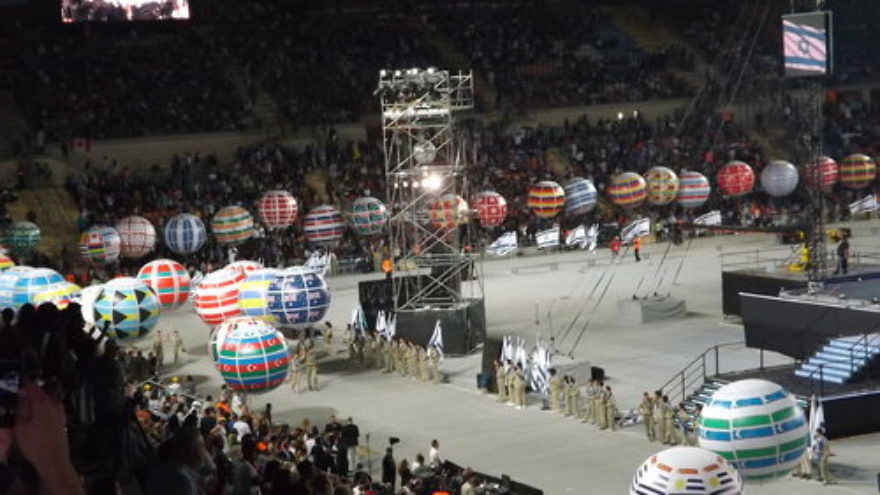 During the 20th Maccabiah Games next month, about 7,000 Jewish athletes from 80 countries will descend upon the Holy Land to join 2,500 Israeli athletes in the Olympic-style competition.

Held every four years, the Jewish multi-sport competition is the world’s third-largest sporting event. From July 4-18, the Maccabiah Games will have the added significance of coinciding with the 50th anniversary of the reunification of this year’s host city, Jerusalem.

Tamir Goodman, an entrepreneur and motivational speaker who gained fame during his high school basketball career in 1999, when Sports Illustrated magazine nicknamed him the “Jewish Jordan,” noted that some of the most successful Jewish athletes are “deeply rooted” in their spiritual connection to Judaism or their connection to Israel. Goodman, who in his playing days was known for balancing a busy secular game schedule with his observance of Orthodox rituals, was given the honor of lighting the torch at the opening ceremonies of the 2001 Maccabiah Games in Atlanta.

“It’s very exciting that this year’s athletes will be able to showcase their skills in Jerusalem, especially now during the 50th reunification year,” Goodman told JNS.org. “Hopefully the experience will further their connection to Israel and their Jewish identity, and also enhance their skill level.”

Basketball player and coach Larry Brown, swimmers Jason Lezak and Mark Spitz, and gymnast Mitch Gaylord are among the many Jewish athletes who have competed in the Maccabiah Games before going on to achieve fame in the broader international sports arena.

Commenting on the significance of diaspora Jews’ participation in the Maccabiah Games alongside Israeli athletes, Jeffrey Gurock, a professor of Jewish history at Yeshiva University, told JNS.org, “In the 1930s, when the Jews were vulnerable, the Maccabiah provided an opportunity for Jewish athletes to project strength and pride to the world.”

“Today it is no less important for American Jewish sportspeople to affirm through participation in these games their solidarity with a strong Israel, even as the Jewish state faces foes in so many world arenas,” Gurock added.

During the 2017 games, contestants will compete in 43 different sports in the categories of Youth, Open, Masters and Paralympics. In the host city, some 3,000 athletes will participate in 14 sports at Jerusalem’s Pais Arena and other venues. Additional competitions will be held at 68 sports complexes throughout Israel.

Soccer is the largest contest in the Maccabiah Games, with more than 1,400 athletes from 20 countries participating. In addition to the athletes, as many as 20,000 international fans are expected to attend the games, injecting around $100 million into Israel’s economy.

“I am ecstatic that on the 50th year of the unification of Jerusalem, we are opening the biggest Maccabiah yet,” Amir Peled, chairman of the Maccabiah Games, told JNS.org. “The Maccabiah is the essence of the values I believe in: Zionism, Judaism, brotherhood, peoplehood and sports. The Maccabiah is the one place that Jews from all over the world can come together and bond, and there’s no better place to do so than Jerusalem.”

Yossi Sharabi, director general of the Israeli Ministry of Culture and Sport, said the athletic competition “strengthens the connection between the Jewish communities around the world.”

He told JNS.org, “It is only natural that in the 50th year of the reunification of Jerusalem, a significant milestone for the Jews of the world wherever they are, the celebrations will be united and will take place in the city of Jerusalem.”