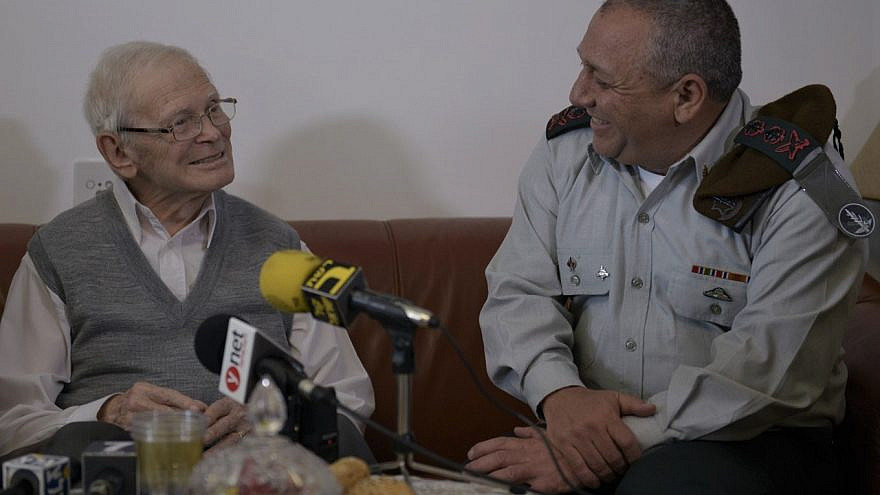 (January 27, 2021 / JNS) Despite the many restrictions forced on it by the coronavirus pandemic, the Israel Defense Forces is continuing its multiple Holocaust-education programs and its direct contacts with survivors this year—activities seen as an essential part of the military’s identity-building efforts.

According to Maj. Baruch J. Vachman, commander of the Witnesses in Uniform Program that sends IDF delegations to the death camps in Poland, one of the key goals of such education is to ensure that officers understand that “what we have today should not be taken for granted.”

Vachman’s unit also passes along educational material to guides working at the Yad Vashem World Holocaust Remembrance Center in Jerusalem for IDF delegations that visit it.

He said getting military personnel to reflect on the enormous gap between the situation of the Jewish people some 80 years ago compared to today is achieved automatically when they encounter the tragedy of the Holocaust. “Anyone who examines this history while in uniform is automatically and majorly moved because the gap between those events and what we have today cannot leave people indifferent,” said Vachman.

The delegations to Poland are mainly for IDF commanders, designed to enhance their sense of mission to protect the State of Israel through their military service.

In addition, the program also forges direct contact with Holocaust survivors and brings some of them to Poland, though Vachman stated that “sorrowfully, we are really in the last years of doing this because there are fewer of them, and fewer can travel.”

The Holocaust Survivors Rights Authority reported on Tuesday that 15,192 Holocaust survivors died within the past year—900 of them as a result of the coronavirus.

Families of fallen soldiers also join the delegations to Poland, and Vachman said that the connection between the military, the bereaved families and survivors “carries with it the secret of our nation, which was born out of crisis, but also reveals our position of strength.”

This year, the pandemic has led to the temporary cessation of the delegations. “We want to resume them as soon as possible,” he said. “In light of the vaccinations and adjustments being made to the situation, we believe we can soon go back to doing what we have done in past years. Time is of the essence.” 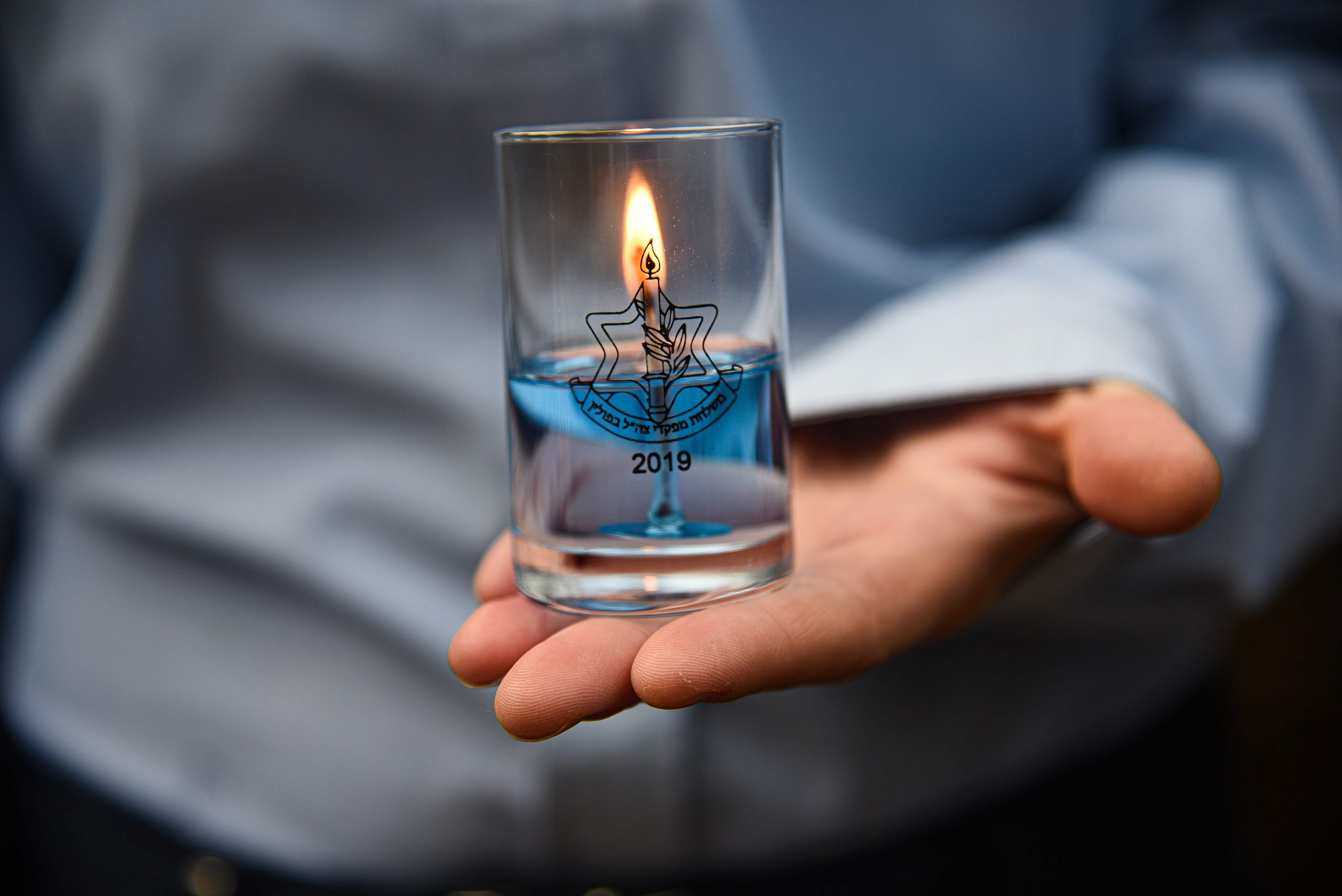 Holocaust education in the ranks of the Israel Defense Forces teaches memory through the generations. Credit: IDF.

‘This is part of our heritage’

These days, Vachman’s unit is holding activities in homes and via Zoom. Unit members also continue to call Holocaust survivors.

Under a more recent program, called Friends in Uniform, which began in December, military officers volunteer to “adopt” a Holocaust survivor and initiate regular communication with them, at first physically in a safe manner, and then via video conference or phone.

“They lit candles together with them on Hanukkah,” said Vachman as an example. “This project is growing.”

Many officers have shared stories of how being in touch with survivors has changed them and provided warm companionships to survivors during an especially difficult year.

“There is one survivor who didn’t touch his accordion for 10 years. He was so happy about the new contact that he started playing it again,” recalled Vachman. “Another survivor refers to an officer as being like a granddaughter to him.”

The IDF major said that the memory of the Holocaust connects between three circles of existence: the personal, the national and the universal. “The Holocaust was made up of stories of individuals—a man, woman, a little girl—someone had to be there for them. It’s a reminder that this is part of our heritage—caring, responsibility and looking to see who we can help in our personal environments, in the nation and for all of humanity.”

“The right to be in the generation that has a State of Israel and a military that protects it must never be taken for granted,” he added. “There are people walking among us who could not have imagined that happening.” 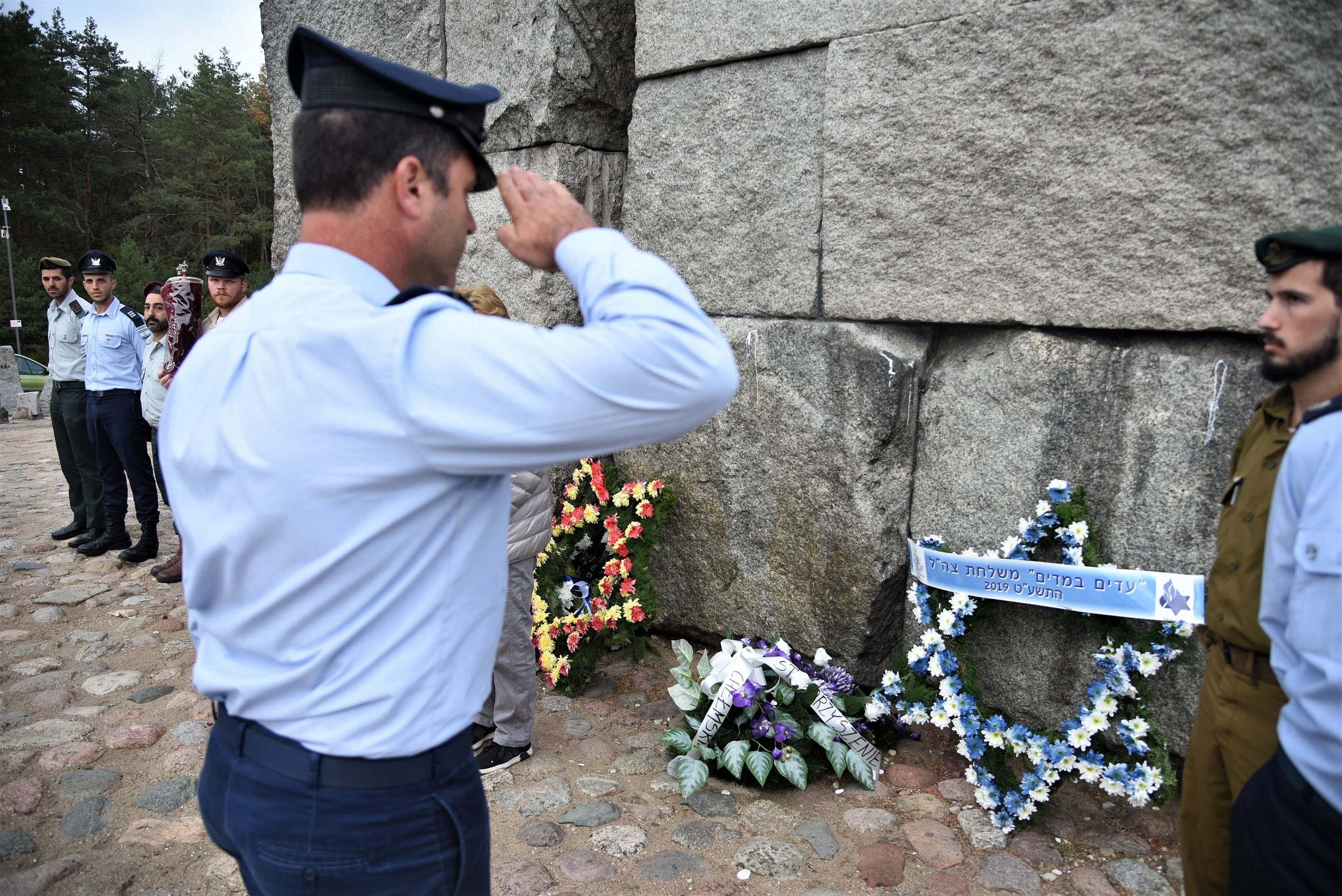 ‘It really changes something in soldiers’

Corporal Maayan Guttman, a non-commissioned officer (NCO) in the Education Corps, usually serves as a guide for cadets, soldiers and officers-in-training at Yad Vashem—at least, when the center is open.

She and other guides take a course at Yad Vashem that cooperates closely with the IDF and provides professional instruction to the military guides who offer Holocaust education.

“Before the pandemic, I was arriving at Yad Vashem every morning. A very large number of soldiers arrived at the center as part of their training, as well as cadets. We would provide instruction one day per week and sometimes more, and also talk to Holocaust survivors,” said Guttman.

“As soon as I see soldiers in uniform at Yad Vashem, for me, this is a day that gives me satisfaction. Taking soldiers out of their routine of basic training—out of their crowded schedules and heavy workloads—and showing them history gives them a new sense of proportion about life. It’s about stopping time for a moment and looking at this history, looking at the Holocaust,” she explained.

The groups experience an unmistakable change, stressed Guttman. “Suddenly, when they arrive in uniform, even if they were exposed to the same content in civilian life, they see it differently in the military context. They ask more questions, and there are more emotions.”

The suspension of tours during the pandemic is a major blow to Guttman’s dream of taking part in Holocaust education, she said, but her unit is overcoming certain restrictions in many ways.

“We have many Zoom meetings and testimonies from Holocaust survivors. Sometimes, we arrive at brigade training bases for instruction,” she said. “The point is to continue to teach about this because it really changes something in soldiers.”

She is also in weekly contact with Holocaust survivors to check up on them—a job, she said, that’s more important than ever with waves of COVID closures and lockdowns.

“This is a portion of the population that does not always interact with the military. The lockdowns are harder for them,” she said. “These days, they are eager to share and talk about even the smallest things in their lives. They feel they have more time now since they are stuck at home.”